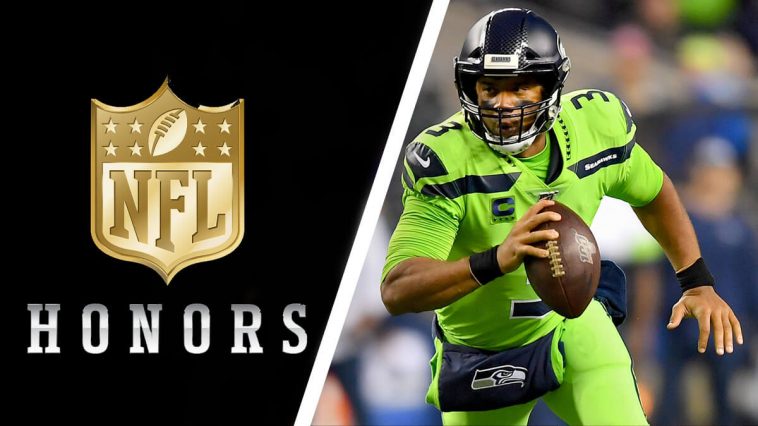 After one quarter of the season, teams are scoring touchdowns and points at a record pace. Leading this offense explosion are quarterbacks Russell Wilson, Patrick Mahomes, Aaron Rodgers, Dak Prescott and Josh Allen.

It should also come as no surprise that all five of those QBs are in the conversation for the 2020 NFL MVP award.

With that in mind, NFL betting sites have released their updated odds for the NFL MVP race. Let’s huddle up to examine these odds, identify some betting value, and make a winning prediction.

Highest-graded Wk4 QBs ahead of MNF:

The following betting odds are courtesy of BetOnline:

The following players are the odds on favorites to win the NFL MVP award in 2020:

Seattle Seahawks QB Russell Wilson is the frontrunner for the NFL MVP Award after one quarter of the season is in the books. Wilson is on a torrid pace and has a realistic chance at breaking Peyton Manning’s record for most touchdowns in a single season.

After four games, Wilson has compiled the following stats:

Wilson has some juicy matchups the rest of the season where 10 of his final 12 games could be shootouts. Seattle fans and Wilson supporters have been chanting the mantra “Let Russ Cook” and he certainly has.

The Chiefs have already showed that they’re more than capable of defending their Super Bowl title. Furthermore, after destroying the Ravens in Week 3, Kansas City looks like the best team in the league.

This blog was written prior to Mahomes’ performance against the Patriots. However, regardless of what he and the Chiefs do, Mahomes will still be one of the MVP favorites this year.

As of this writing, Mahomes is averaging 300 passing ypg and 3TDs per game. The Chiefs are averaging over 30 ppg and this offense looks more dangerous than ever now that they have a legitimate running game.

Heading into their MNF matchup against the Falcons, the Green Bay Packers and Aaron Rodgers lead the NFL in scoring at 40ppg. There’s a great chance that they come close to that mark versus Atlanta and Rodgers will be leading the charge.

Through three weeks, Rodgers is also averaging about 300 passing ypg and 3 TDS per game. The Packers offense is averaging 467.3 ypg this season and look like the best team in the NFC along with the Seahawks.

It’s great to see a resurgence in Rodgers’ career after the Packers drafted QB Jordan Love in the 1st round of the 2020 NFL Draft. Rodgers is showing what he can still do in this league and I expect him to be a Top 5 QB for most of the season.

After four weeks of the season, Dak Prescott is putting up historic numbers. Unfortunately, the Cowboys continue to lose despite what their franchise quarterback is doing:

Sadly for Dallas fans, I really doubt that Prescott will win this award. First, he will be on a losing team that doesn’t make the Playoffs. That will definitely work against him in this race. The other favorites will all lead their teams to the Playoffs and two of them might even go to the Super Bowl.

The Cowboys are a bad football team on defense and that’s going to cost them more wins the rest of this season. It will also cost Prescott in winning the NFL MVP.

The ageless wonder Tom Brady has gotten back on track after a shaky 1st week versus the Saints. He’s 6th in the NFL in passing yards with 1,122 yards and 3rd in passing TDs with 11.

Tom Brady (43) is the oldest player in NFL history to throw for 5 TDs in a game 😳 @brgridiron pic.twitter.com/glFjqWGz5i

Although he’s lower than a few other QBs on this betting list, you can never count out Brady. He has the star power to help him with voters. Furthermore, he was facing the biggest task of all these QBs coming into the season as he went to a new team with a new offensive system and new receivers to throw to.

The following players offer the best betting value for the NFL MVP award as of Week 5 of the NFL season:

Perhaps, the biggest surprise of the 2020 season so far is the play of Buffalo Bills QB Josh Allen. The publicly maligned quarterback looks like a completely different player in his 3rd year in the league.

Allen has put up fantastic numbers after four weeks, which has created a huge buzz in Buffalo:

Allen’s numbers are just as good as both Wilson and Prescott. Furthermore, he has the Bills sitting 4-0 largely due to his excellent play.

Making things more incredible for Allen is the fact that he’s only thrown one interception on the year. That’s less than Wilson, Prescott, and Brady. He’s tied with Lamar Jackson who has nearly half of the passing attempts. Of the MVP contenders, only Mahomes and Rodgers have zero interceptions on the year.

Lastly, Allen has 84 rushing yards and 3 rushing TDs on the season. He’s not relying on the run like the last two years and making fantastic decisions in the pocket.

Allen offers the best betting value right now as his stats warrant a higher position in this prop bet.

Speaking of value, Lamar Jackson fell from +500 down to +1400, which are juicy odds considering he’s the reigning NFL MVP. A bad game against the Chiefs caused Jackson’s stock to tumble. Yet, he’s still on pace to surpass 3,000 passing yards and 1,000 rushing yards this season.

Lamar is projected to come close to those numbers again this year, but critics are down on him because of his poor performance against the Chiefs.

Let’s also not forget that the Ravens are a Super Bowl contender despite the Week 3 loss to the Chiefs. This is a long NFL season and anything can happen between now and the Playoffs.

With that in mind, Jackson’s odds of +1400 do provide bettors with great value. I give Josh Allen the slight edge in betting value due to his prolific numbers, but Jackson is definitely worthy of a wager for those looking to capitalize on his value.

The Best Longshot to Win the NFL MVP

Alvin Kamara is clearly the best running back right now as both Christian McCaffrey and Saquon Barkley suffered injuries early in the season. McCaffrey will return in a few weeks, but Barkley is out for the year.

What makes Kamara appealing as a longshot is how he’s clearly been the best player on the Saints and has helped them go 3-1 on the season especially with the league’s top WR Michael Thomas out the last three weeks.

Kamara might only be 19th in rushing yards, but he is 11th in receiving yards (321 yards) and 4th in receptions (30). He has seven total touchdowns on the year, 27 first downs, and seven plays of 20+ yards or more.

Once Michael Thomas comes back, Kamara will be even more dangerous as opposing defense won’t be able to stack the box to stop him from running.

Watch Kamara’s ascension this season as he could sneak into the MVP conversation by time it’s all said and done.

Who to Bet on for the NFL MVP Prop Bet?

Can you believe that Russell Wilson has never won an NFL MVP award despite his stellar career? Wilson is a Super Bowl champion and a consummate professional, but has failed to even crack the Top 3 in an MVP voting.

Wilson has led this Seattle team to the Playoffs almost every year he’s been in the league and is constantly overlooked for other QBs. That all changes in 2020 as Wilson is cooking and he’s going to win the MVP award this year.

The Seahawks offense is loaded with weapons at RB, WR and TE. Furthermore, the offensive line is playing solid, which is giving Wilson time to throw the ball.

Russ is already the best deep ball thrower in the NFL and he continues to showcase that arm talent almost on a weekly basis. Both of his top receivers TJ Lockett and DK Metcalf will flirt with 1,000 yard seasons and double digit TDs as well.

Although Patrick Mahomes will have a big say in this race by time it’s all said and done, it feels like Wilson is destined to be the 2020 NFL MVP. Can you smell what Russ is cooking?

As a longtime freelance writer, avid sports fan, former athlete, and experienced sports bettor, Rick Rockwell has risen up the ranks at GamblingSites.org to become the self-professed “King of the Blog” in his first year with the site. …

View all posts by Rick Rockwell 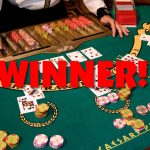 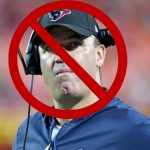