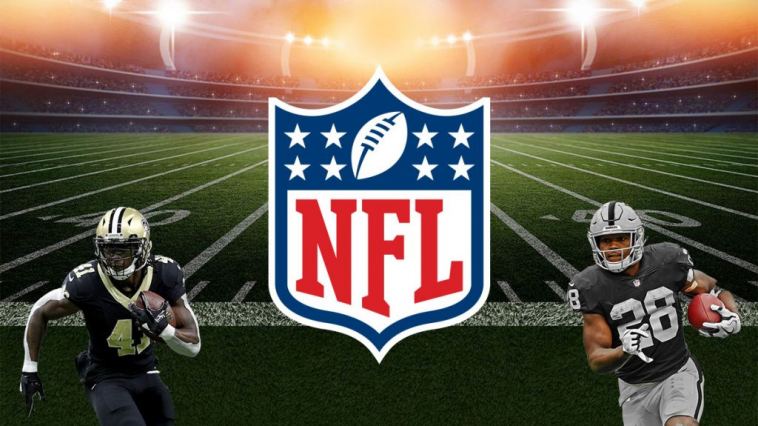 Sometimes, it’s necessary to change your NFL betting strategy in the preseason. While there are several reasons not to, there are still a few good reasons to jump ship on your strategy during the NFL preseason.

Today’s post will cover a few reasons why you need to change your betting strategy during the NFL preseason. Some are obvious, while other reasons aren’t so drawn out.

So, if you’re unsure on whether you need to keep your NFL betting strategy as is or if you should change it during the preseason, today’s post will help you out.

1 – Injuries Can Hamper a Team

Thankfully, star players don’t often play in the preseason. However, just because they don’t play in preseason games or if anything, they play little, there is still a high risk of injury because of training camp.

Carl Lawson signed with the New York Jets. And with new coach Robert Saleh and several upgrades on the team, the Jets looked like a hot bet for the over. And maybe they still are. But losing someone like Lawson so early hurts. He was supposed to be their prize acquisition on defense.

Michael Thomas is one of the NFL’s best receivers. But after an injury-plagued 2020, he scheduled a late surgery that will keep him out for some time in 2021. With Jameis Winston and Taysom Hill competing to be the starting quarterback, it sets the New Orleans Saints behind the 8-ball.

Ditto for the Indianapolis Colts, although it looks like they dodged one with Carson Wentz and star left guard, Quenton Nelson. Initially, the two were supposed to miss between 5 and 12 weeks with the same injury. This was an obvious reason to shy away from the Colts.

However, it seems like Nelson and Wentz—barring setback—are ready for Week One. But again, there are probably a few bettors out there, you may have been one of them, that went with the Titans over the Colts for the AFC South because of the injuries when you may have otherwise considered Indy.

2 – Position Battles Can Catapult a Team

There are a few key position battles at quarterback for many NFL teams. We already mentioned Taysom Hill and Jameis Winston. But we also got Andy Dalton versus Justin Fields, Mac Jones versus Cam Newton, Teddy Bridgewater versus Drew Lock, and Trey Lance versus Jimmy Garoppolo.

Okay, and I’ll take Urban Meyer’s bait and claim that we also have a battle between Trevor Lawrence and Gardner Minshew. But who are we kidding, right?

Anyway, position battles will start to end as preseason winds down. And you know who will start at quarterback and other positions. If you feel a coach chose the right player to start, it’s an obvious cause for a change in your NFL betting strategy.

For example, I’m a big believer that the Saints should start Jameis Winston over Taysom Hill. And I think that not because I think Winston is the better passer, but because Hill is a classic offensive weapon who can play running back, right end, and wide receiver.

So, why limit Hill to just one position when Winston is a former Pro Bowler who can throw for over 30 touchdowns and eclipse 5,000 yards in a season?

Okay, he was a turnover machine back in 2019, his last to date as a starter. But still, he has a horde of sensational players around him in Nola. If Winston starts at quarterback, he’s proven that he can produce.

And Hill has proven time and again how dangerous he is to opponents when he lines up at other positions while he plays a little quarterback here and there. Also, they can line up Winston alongside Hill in specific packages, in which defenses don’t know who’s getting the ball.

Winston, at least in my view, would make it easier to bet on the Saints than Hill. You may think differently, but you get the ideas as to why position battles can and will force a change in strategy.

Mitchell Trubisky returned to Chicago as a member of the Buffalo Bills, started at quarterback, and tore apart his former team. Meanwhile, Andy Dalton and Justin Fields were ineffective on the Chicago sideline.

If Trubisky comes out and plays like that again, odds are he may end up somewhere else before his one year in Buffalo is up.

Remember, Trubisky signed with the Bills so he could resurrect his career by performing well in preseason and if nothing else, serving as Josh Allen’s backup. But he only signed when it became clear teams did not want to take a chance on him becoming the QB1.

Trubisky’s performance turned heads. And while we shouldn’t be naive enough to think Trubisky will play so well in the regular season, he has a few NFL accomplishments. For one, he’s a former NFC North Champion. For another, he has a respectable win-loss record. Trubisky is a good player.

And you know teams like the Houston Texans are watching him. The Texans, who have seen nothing but ineffectiveness from their three quarterbacks, are the worst team in the NFL on paper. Trubisky is better than all three of Houston’s quarterbacks and he would give them a fighting chance to at least eclipse the over/under.

Trubisky can go to Houston, or he can go somewhere else to a team that needs a quarterback, or a team that has seen ineffective quarterback play because they are watching.

Ditto for players that are surprise cuts, and it happens toward the end of every preseason. Often, they get cut for salary cap purposes. If a team cuts a player and another in the same division picks them up, you know they just made the latter team a much more attractive bet—especially if they filled a position of need.

So, always look for that surprise trade. Trubisky could move in the preseason, but he can also move in the regular season. Or look for the surprise cut and see who they sign with. It can and will change the NFL betting landscape.

Section 1 touched on this, but it only talked about injuries to key players. What if a team slated to win the division gets hit so hard with the injury bug that they have 10 would-be contributors on Injured Reserve before Week One?

This happened to the 2020 San Francisco 49ers. Coming off of an NFC Championship and a near-Super Bowl Championship, many bettors put a lot of dough on the Niners to repeat. Or at least to win the NFC West and eclipse their over.

They ended up finishing fourth in the division, mainly because their team couldn’t stay healthy. And it started in the preseason (or in 2020’s case, training camp) when they were down to their fourth and fifth receivers when Week One rolled around.

It happens to at least one team every preseason. The injury bug hits and half their solid contributors miss extended time. Then, they come back and are rarely the same player they were that season before the injury. And it always leads to disastrous results.

Before you bet on a team, make sure no one is more than hampered by injuries. Yeah, Carl Lawson went down for the Jets and it will hamper their defense. But it’s not like half their starters went down.

But the Niners saw many contributors collapse and it dug them into an early hole.

Again, check a roster before betting if you’re waiting until the latter stages of preseason.

5 – When the Sports Media Gets It Wrong

If you watched the Steelers play in the preseason, you’ll know the media was really blowing a lot of smoke regarding their perpetual meltdown. Mainly because the Cleveland Browns and Baltimore Ravens are media darlings.

The Ravens because of their rare ability to somehow, someway, always find missing puzzle pieces, and the Browns because most of America just felt so bad for them it just seems right to root for a team whose fan base has seen over five decades of perpetual heartbreaks. Including a relocation to Baltimore.

So, here come the Steelers, a team everyone said wouldn’t sniff the playoffs or at the most, would sneak in. Ben Roethlisberger is done. Or is he? After that 2 touchdown outing, Najee Harris looks like Franco Harris back there.

What I’m getting to is this: Don’t let the media fool you into betting on another team. When you see a team like Pittsburgh look this good and playing so well together as a unit, you need to consider them. And perhaps think less of the Browns and Ravens.

Sure, it’s preseason, so should we take it with a grain of salt? Yes.

But then again, Ben Roethlisberger has proven time and again that it’s wrong to count him out. Oh, and head coach Mike Tomlin has never finished a season below .500.

When the sports media stakes a claim, it’s always okay to challenge it—even if they had something to do with you writing up your betting strategy in the preseason.

And the reasons listed above are prime reasons to do so. So, look at each of the above sections and compare them to teams you’re considering placing a bet. Odds are, you may consider making a few changes.

Have you ever changed your NFL betting strategy in the preseason?

If so, tell us when and what you did in the comments. We are looking forward to reading your take!

5 Reasons to Change Your NFL Betting Strategy in the Preseason originally appeared on LegitGamblingSites.com 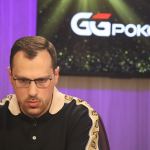 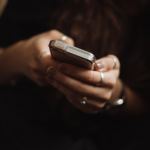