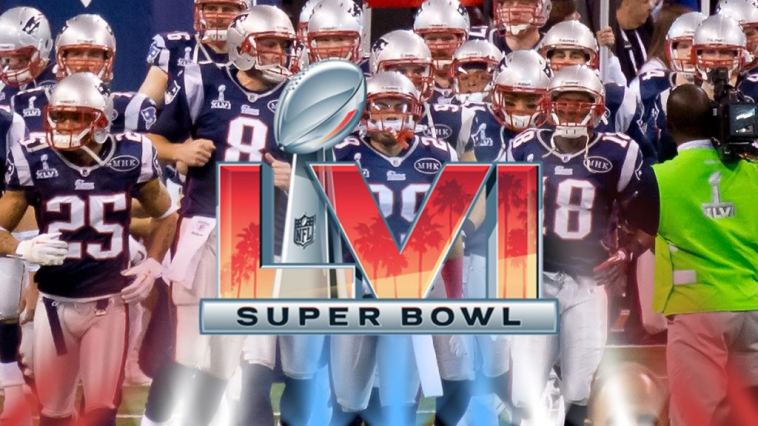 The New England Patriots face 33/1 odds to win Super Bowl LVI as of July 2021. However, they look far better on paper than the borderline expansion team talent they dealt with in 2020. This has allowed the Patriots to perhaps become a good Super Bowl bet again.

But how much should you consider betting on the Patriots?

Put it this way: They have two quarterbacks capable of taking teams places. Both are also former National Champions at the collegiate level and excel in offenses that involve throwing to the tight end, so it’s a good thing they signed the top two players at the position in free agency.

Also, several opt-outs hit the team hard in 2020. Now that the opt-outs have ended, the Patriots aren’t just back to full strength; they also have players with fresh bodies after taking a season off.

Let’s look closer at the future of the Patriots.

The Patriots saw more opt-outs than any other team in 2020, which set the stage for a long outing. However, after finishing 7-9, it shows that Bill Belichick has not lost a step, as some pundits believe. Hey, with a gutted roster, few coaches would have pulled off a 7-9 finish. Let’s give the guy credit.

Anyway, Belichick starts his encore presentation by going out and signing tight ends Hunter Henry and Jonnu Smith, two players who made a living as the TE1 with their former teams. Belichick also signed serviceable receivers like Nelson Agholor and Kendrick Bourne.

On defense, Dont’a Hightower returns after taking the year off, and Kyle Van Noy returns after a stint with the Miami Dolphins. They also signed Matthew Judon from the Baltimore Ravens, which revamped their linebacker unit.

They also signed Henry Anderson and took Davon Godchaux from the Miami Dolphins. So, again, you’re looking at a different team than the potential disaster that finished the season at 7-9 a season ago.

Cam Newton struggled in the passing game, though he continued to impress in the running game, ending the season with 12 rushing touchdowns. However, with Smith, Agholor, Bourne, and Henry joining the lineup, it has completely revamped the team’s receiving and pass-catching unit.

And they gave Newton zero help there in 2020. So, perhaps Newton’s struggles were not related to his declining as a franchise quarterback, but more because he had a wasteland at both receiver and tight end.

Despite this, the Patriots still drafted Mac Jones. A disciple of Nick Saban, Jones won’t see a rough transition to the “Patriot Way,” considering the similarities in style between Belichick and Saban. If Newton struggles with the new supporting cast, expect Jones to take over.

However, the Patriots also have a solid committee of running backs, which will once again provide the focal point of the offense. Damien Harris emerged as the RB1, and Sony Michel played well despite struggling with injuries throughout the season.

Brandon Bolden provides a fair RB3 option, and James White returns as the third-down back. So, once again, you’re looking at a solid committee of running backs who can provide relief to any struggles either Newton or Jones will face.

Jakobi Myers was the team’s best receiver in 2020, despite failing to score a touchdown. Still, he logged 59 receptions, which isn’t bad for a former undrafted free agent in what was then his second season in the NFL.

Nelson Agholor carries the Bust Label, but he led the NFL in yards per target in 2020 with 11.1. It’s these former busts that often thrive in Belichick’s system. So, expect Agholor to become a potential late-bloomer in the passing game and offer solid betting options in the future.

Belichick once again showed off his stroke of ingenuity when he signed Hunter Henry and Jonnu Smith. Their presence alone will make life easier for the entire offense, and look for them both to become serious red-zone targets.

At the offensive line, Shaq Mason continues to provide a strong veteran presence, as does David Andrews and Trent Brown. Michael Onwenu had one of the best rookie seasons among offensive linemen in 2020, so expect him to take the next step here in 2021.

Expect the Patriots to boast perhaps the AFC’s best offensive line if Isaiah Wynn gets it together. A first-round pick in 2018, Wynn has looked good when healthy, but he’s yet to play a full season as he heads into Year 4.

The New England Patriots had one of the better overall units in 2020, finishing 15th out of 32 defenses. Not only do they have one of the league’s best corners in Stephon Gilmore, J.C. Jackson stepped up and finished second in the NFL with 9 interceptions.

Devin McCourty returns for his 12th season, and the ageless wonder continues to play at a high level. Adrian Phillips played in and excelled as a hybrid safety in 2020 when he filled in for Patrick Chung, who opted out and has since retired. Expect Phillips to again take over the position.

In 2020, the linebackers were the weakest unit on the field, but it won’t be the case here in 2021. With Hightower and Van Noy returning, they already flipped the script. Add Matthew Judon to the mix, and the Patriots just went from worst to first at the unit.

Oh, and they boast some depth, with Raekwon McMillan and Josh Uche. If McMillan continues to provide solid depth and Uche makes “the leap,” which we all think he will, they can become the most dangerous unit in the NFL.

However, the fate of the entire defense rests with the defensive line. Like the secondary and linebackers, expect improvement. Especially with Henry Anderson and Davon Godchaux coming to town. They fill roles that have become a revolving door in 2020.

Lawrence Guy will once again plug the middle, and Chase Winovich led the team in sacks in 2020 with 5.5. In 2021, the Patriots expect him to become a focal point of the pass rush.

And don’t forget about the amount of depth the Patriots boast. If any of the names mentioned above go down with injuries, it’s always the “next man up” in Foxborough. Most players have taken pay cuts or restructured deals, and it’s one reason the team has become one of the most distinguished dynasties of all time.

At kicker, expect Nick Folk to again man the position. Despite heading into his 14th season, he converted a career-best 92.9% of his kicks in 2020. Jake Bailey, in just his second season out of Stanford, earned All-Pro honors as the team’s punter.

Are the New England Patriots Once Again a Good Super Bowl Bet?

The New England Patriots do not boast as much talent on paper as opposed to other franchises. However, the Patriot Way and sheer attention to detail, coupled with Bill Belichicks’ presence, will again keep this team afloat well into 2021.

So, are they a good bet once again? It’s never wrong to bet against the New England Patriots if Belichick remains in control. And he proved it in 2020 when he scraped out a 7-9 record with inferior talent all over the field. Now that the team is at least halfway there as far as talent, look for the Patriots to once again become a threat in the AFC.

However, this is not the Tom Brady Era, and the AFC is a completely different conference in 2021. The Buffalo Bills and Miami Dolphins are so good that even if the Patriots finish third in the AFC East, they may be the odd team out and miss the playoffs.

If they get into the playoffs, they must also contend with teams like the Indianapolis Colts, Cleveland Browns, Baltimore Ravens, and Tennessee Titans, just to name a few. So, the team faces a gauntlet unlike anything they faced during the Tom Brady Era.

Sure, it’s always possible to win the Super Bowl with Bill Belichick and his near-flawless system running the show. But still, the American Football Conference, and the AFC East alone could keep the Patriots out of the running via a tiebreaker.

The New England Patriots can bounce back and make a Super Bowl run. They have the pieces in place plus a system that won them six Super Bowls from 2001 to 2019, plus over a dozen AFC East Titles and double-digit AFC Championship appearances.

But it’s not the same AFC, and even their own division will challenge this team throughout 2021. The Patriots are never a bad bet, but it doesn’t mean they’re not a risky bet. If you wager on the Patriots, be cautiously optimistic.

What are your thoughts on the New England Patriots? Do you believe they will once again reward their bettors? Or are there better options? Let us know in the comments! We are looking forward to hearing from you.

Are The New England Patriots a Good Futures Bet for the Super Bowl? originally appeared on LegitGamblingSites.com 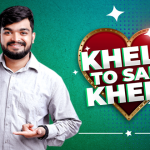 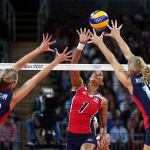