Buffalo is the preseason betting favorite to win Super Bowl LVII and it’s no surprise that the top NFL betting sites and bettors are picking them to beat Los Angeles in Week 1.

The Bills opened at +1 but are now the -1 betting favorites to beat the Rams in a potential Super Bowl LVII matchup.

What Josh Allen Did The Last Time Against L.A.

The last time that Josh Allen played the Rams was Week 3 of the 2020 season where he threw for 311 passing yards on 24/33 passing with four passing touchdowns and one rushing score. In that game, Buffalo squandered a 25-point lead before Allen rallied the Bills and gave them the 35-32 win on a three-yard TD pass to tight end Tyler Kroft with 15 seconds left in regulation time. A lot of things have happened since then though.

Los Angeles won Super Bowl LVI last season behind quarterback Matthew Stafford. L.A. opened at +2000 odds to win the Lombardi Trophy but saw their odds improve to +1400 after trading for Stafford before the start of the 2021 season. Their odds further shortened after trading for Von Miller during the season. The Rams went on to beat the Bengals 23-20 to win Super Bowl LVI.

Meanwhile, the Bills went on to lose to the Kansas City Chiefs during the 2020 NFC title game. Buffalo opened with the third-best odds to win the Super Bowl last season at +1200. They would end up losing to the Chiefs for the second straight season, this time in the AFC Divisional Round. The Bills opened as co-favorites with the Chiefs to win Super Bowl LVII at +750 but after signing Von Miller, Buffalo is the current solo +600 odds-on favorite to win it all this year.

The Buffalo Bills are an early Super Bowl favorite. We take a look at what we can expect from Josh Allen’s squad. https://t.co/IG7wHDDhDN

The NFL’s 2022 season is still 49 days away but the Bills have established themselves as the early Super Bowl betting favorite. Online sportsbook BetOnline has Buffalo facing Tom Brady’s Tampa Bay Buccaneers as the favorite Super Bowl LVII matchup at +2200 odds with a showdown between the Bills and the Rams second at +2500 odds. The third favorite Super Bowl LVII matchup is between Buffalo and the Green Bay Packers.

All told, the Bills represent the AFC in four out of the Top 10 favorite Super Bowl LVII matchups while the Rams are the NFC representative in three. Buffalo is however the NFC champions in the Top 3 Super Bowl matchups, which just shows how much faith the oddsmakers currently have in Josh Allen and company.

It remains to be seen, however, if what the odds boards and bettors are saying right now are correct. But the defending Super Bowl champions have the opportunity to make a statement against the current Super Bowl favorites in Week 1. With Josh Allen also the current MVP betting favorite, It would be foolish to sleep on Matthew Stafford and Super Bowl LVI MVP Cooper Kupp. 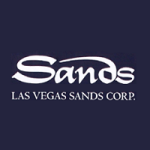