Tyron Lue said that Game 3 against the Dallas Mavericks will show what the L.A. Clippers are made of.

If Lue is correct, then the Mavs could be in trouble.

Facing an insurmountable 0-3 deficit, the Clippers fell behind by by 19 points after the Mavericks blitzed them with six three pointers in the opening minutes of the first quarter. But instead of folding, the Clippers refused to lay down and die.

Behind superstars Kawhi Leonard and Paul George, and some timely sniping by Marcis Morris Sr., Lue’s Clippers are back in the series after defeating the Mavs 118-108 in Dallas on Friday night.

With the win, the Clippers cut the Mavs’ lead to 2-1 with Game 4 scheduled for Sunday in Dallas.

Monster game from the Clippers’ star duo to bring the series to 2-1 vs. the Mavs 😤 pic.twitter.com/MrWXl0FMVT

Leonard and George combined to shoot just 17-40 from the field and 3-14 from deep in Game 1 while Morris scored just a combined 13 points in Games 1 and 2. Reggie Jackson added 16 points and Rajon Rondo had 8 assists as the Clippers were firing from all cylinders.

The Clippers were still outgunned by the Mavs from three-point distance at 20 vs 13 three pointers made but at least, they shot 41.9% from deep and were an impressive 57.9% from the field with Leonard making his first 8 baskets of the game. With the Clippers finally hitting their shots, they finally snapped a five-game losing streak as betting favorites. L.A. entered Friday night as two-point betting favorites at BetOnline.ag.

He joins Dirk Nowitzki as the only @dallasmavs players to record 30+ points in four consecutive playoff games.@luka7doncic 🤝 @swish41 pic.twitter.com/tbPqybYFhU

Luka Doncic scored a playoff career-high 44 points to pace the Mavericks. Dating back to last season, he has now recorded four straight 30+ point playoff games, joining Dirk Nowitzki as the only players in franchise history to accomplish the feat. Doncic also became the first player in NBA history to post 275 points, 75 rebounds, and 75 assists in his first nine playoff games.

The Slovenian sensation also recorded his 7th 20-point first half in nine playoff games. With 300 total points in his first nine postseason appearances, Doncic also joined Michael Jordan and Kareem Abdul Jabbar ( who both scored 325 points ) as the only players in NBA history to score at least 300 points before their 10th playoff game.

However, Doncic could not carry the Mavs by himself and he didn’t get the kind of support that he had during the first two games of the series. Tim Hardaway Jr. shot just 4-14 from the field for 12 points after averaging 24.5 PPG in the first two games. Dorian Finney-Smith also went 3-10 Kristaps Porzingis became the new Pandemic P with only 9 points and 4 rebounds in 34 minutes of playing time.

Many viewed Friday’s Game 3 as not only the Clippers’ most important game of the season but the biggest game in franchise history. This group is considered as the best team ever put up by the Clippers and after blowing a 3-1 lead to the Nuggets in the 2020 playoffs, a defeat in Game 3 would’ve almost guaranteed another early playoff exit.

This was the first playoff home game for the Mavericks in five seasons, and the first postseason game at the American Airlines Center for everyone on the team, except Dwight Powell. And yes, it was also Luka Doncic’s playoff home debut and he received a rousing welcome at the start of the game.

But Dallas lost as two point favorites despite taking a 30-11 lead early in the first quarter. The last time the series odds were up, the best NBA betting sites had the Mavs as sizeable favorites to win the series. When the odds are posted again on Saturday, the Mavs are still likely to be favored but the Clippers should’ve closed the gap.

Clippers Star Duo Showed Up For Their Biggest Game of the Season originally appeared on TheSportsGeek.com 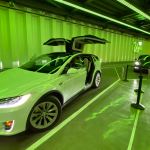 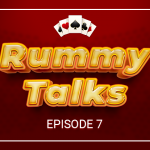