Christmas Day is a holiday around the world but for the NBA, it’s one of the season’s most anticipated play dates. This year’s NBA Christmas Day schedule is a five-game offering that features all four teams that made the Conference Finals during the previous season.

Take an inside look as teams get ready to take the court on Christmas Day with games all day on ABC and ESPN beginning at 12:00 PM ET! pic.twitter.com/VibfF60Piv

Starting off the day will be the defending Eastern Conference champions Miami Heat who will host Zion Williamson and the New Orleans Pelicans at 12:00 p.m. on ESPN. That game will be followed by last season’s best regular season team Milwaukee Bucks welcoming the Golden State Warriors at the Fiserv Forum at 2:30 p.m. ET on ABC.

The third installment will be a showdown between the Brooklyn Nets and Boston Celtics at 5:00 p.m. ET via ABC/ESPN Radio. That will be followed by a Staples Center games between the 2020 NBA champions Lakers and the Luka Doncic-led Dallas Mavericks at 8:00 p.m. ET on ESPN/ABC. In the nightcap, the L.A. Clippers visit the Denver Nuggets at the Pepsi Center at 10:30 p.m. ET.

Our last Christmas Day game was in 2015 but we’re no stranger to the @NBA‘s slate of marquee matchups.

Take a look at some of the most memorable moments from our 10-2 Christmas Day record https://t.co/PvBvhwgAvl

Miami heads to Christmas Day as 3.5 point betting favorites in the spread betting market. They are also listed as a slight -160 odds on favorite in the moneyline with the Pelicans coming back at +140. The Pelicans also played last Christmas and they defeated the Denver Nuggets 112-100 behind Brandon Ingram’s seven three-pointers made. The Pelicans have added Zion Williamson since then and it will be interesting to see how he fares against the beast of the East.

The second game on schedule is one between two teams which are used to playing on Christmas Day. The Bucks have played in three out of the last four Christmases while the Warriors have been a fixture on this schedule with 10 appearances in he last 11 seasons. There’s not much to talk about here as Milwaukee is a heavy 10-point betting favorite against the Warriors who are without Klay Thompson and Draymond Green.

In his first game back at the TD Garden since leaving the Celtics, Kyrie Irving “cleansed” the Celtics’ home court with sage and then proceeded to torch them with unstoppable jumpers. The Nets routed the Celtics but it was just a preseason game. On Christmas Day, Kyrie makes his first official game in Boston after signing with the Nets.

Brooklyn is currently a 3-point favorite in what is expected to be a not-so friendly Christmas Day game. Not only are the Nets coming of a massacre win over the Golden State Warriors during their season opener, Kevin Durant is averaging 30 points per game in nine Christmas Day games.

This game will also mark Boston’s 34th Christmas Day game, third overall behind the Knicks’ 53 and the Lakers’ 46. The Celtics defeated the Toronto Raptors 118-102 in the 2019 NBA Christmas Day special.

The Clippers overcame a 12-point halftime deficit to beat the Lakers, 111-106.

The Lakers and Clippers played against each other last Christmas with the Clippers beating the Lakers 111-106. This time around, both teams will be playing separate opponents on Christmas Day. The Lakers will host the Mavs at Staples Center while the Clippers will visit the Nuggets at the Pepsi Center.

LeBron James twisted his ankle during the Lakers’ opening day loss to the Clippers. But he is expected to play today. James has played in the previous 12 Christmas Day schedules and has 14 Christmas Day games in his career. His nine wins rank second behind Dwyane Wade’s 10. The Lakers are currently listed as 5.5 points favorites to beat the Mavs.

Meanwhile, revenge will be on the mind of Kawhi Leonard and the Clippers as they headline this year’s Christmas Day schedule with a game against the Denver Nuggets. The Nuggets erased a 3-1 deficit in the 2nd round of the 2020 playoffs to oust the Clippers. After beating the Lakers on opening night, the Clippers head to this Christmas Day game as a slight -140 betting favorite over the Nuggets who came back at +120. 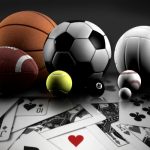 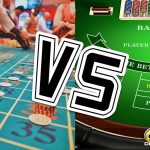