Another week, another CSGO event announcement. In the era of online CSGO, nothing can surprise us anymore. Unfortunately, the DH Masters Winter NA announcement was an exception. The news it brought wasn’t such a big surprise, but it was weird to hear them officially announced.

Let’s address the elephant in the room first!

Evil Geniuses, Team Liquid, FURIA, MIBR, Complexity, and Cloud9 will not be competing in this event.

All six of these teams are currently in Europe to fight for bigger prizes with the top teams from the Old Continent. Even though we all predicted this would happen, it puts a big question mark over the future of the NA scene.

Who is winning it?! 👀 pic.twitter.com/dRvDRPFYKe

As for the actual competition, EU and NA events are set to start on Monday, November 30th and end on December 3rd and fourth, respectively.  Asia and Oceania events start a day later (Tuesday, December 1st), and end on Sunday, December 6th.

There’s $250,000 in prize pool money; here’s what the regional distribution looks like:

As far as competitiveness is concerned, I reckon this is by far the lowest level of it on an NA event in quite a while. I’m really not trying to belittle any of the eight competing teams… I’m just stating the obvious – with big boys out of the equation, a drop in competitiveness is easily noticeable.

That’s not to say it was unexpected.

Ever since Complexity and Cloud9 started their European expedition, it was only a matter of time before other big names join the party. To be honest, the only surprise here is that it didn’t come sooner.

How will this DH Winter NA announcement affect people who bet on CSGO? Well, it’s sort of like a double-edged sword. On one end, people who like to bet on NA events will feel a negative impact because of the team sheet. On the other end, fans of the EU segment will be pleased to see so many good matchups to explore and hunt value on.

Needless to say, this DH Masters Winter NA announcement raised red flags in the NA CSGO scene. There’s not a lot of drama out there, but it’s safe to say fans aren’t happy. These really are troublesome times for North American CSGO. BLAST Premier Fall had been a proper hit to NA’s image, but it’s nothing compared to the departure of some of its biggest teams.

I for one think this is a temporary thing. I also believe things will go back to normal next year. However, take all of this with a pinch of salt because we don’t know how much longer the era of online CSGO will last.

It could take a few more months, half a year… but it shouldn’t take much longer than that. The lack of LAN events was always going to plague such a passionate esports title like CSGO, but I’m sure Valve and third-party event organizers will figure stuff out next year!

Till then, I guess we’ll have to come to terms with the fact online events are all we can get! Perhaps they aren’t that bad after all… 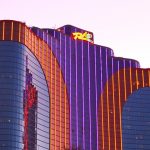 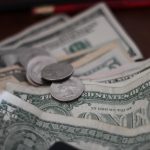