Earlier this year, Florida Governor Ron DeSantis formally signed off on a controversial bill that will allow some of the state’s Native American tribes to offer sports betting at their casinos. While the move was one way to open the Sunshine State to legal sports betting, Florida is already looking to expand the industry even further.

The Action Network reported that Florida officials are expected to announce plans for a new 2022 ballot measure that would open mobile sports betting on a statewide basis. The proposal has already received support from both DraftKings and FanDuel, two of the largest sports betting operators in the United States.

If the measure gets approved by state officials, Florida voters will take to the polls next year in order to decide whether the online sports betting industry will open in full. The Florida Division of Elections is in charge of publishing the measure, which may come out before the end of the week.

.@Fla_Pol is reporting that a proposed November 2022 ballot measure for online sports betting in Florida will be filed today with the FL Division of Elections. Given the likely spending on both sides (should be north of $200M), might as well go for casino gambling/iGaming too. pic.twitter.com/fPUgN7jD7h

After the measure is published, those in favor of the legislation are expected to embark on a massive signature drive as a way of ensuring that the measure will appear on next year’s ballot. The measure needs around 900,000 valid signatures statewide in order for it to get onto the ballot.

Any voter initiative that hits the ballot in Florida needs at least 60 percent approval in order to pass. Back in 2018, the state approved a measure that bans the state legislature from proposing casino gaming expansion legislation without voter approval. Disney, which has long opposed gambling, was in charge of garnering support for that legislation. Interestingly enough, Disney is now a part-owner of DraftKings and has a number of other sports betting partnerships via its ownership of ESPN.

In April, the Seminole Tribe in Florida was given the green light to offer sports betting at retail properties on tribal lands. Bettors may also place bets online through the tribe’s sportsbook, but the measure is still awaiting approval from the federal government. There is some concern that the measure breaks federal law, which could put its passage in peril.

The measure will let the Seminole Tribe offer statewide mobile betting via the Hard Rock Digital sportsbook app. The tribe said earlier in the year that DraftKings, FanDuel, and other major online operators have already reached out to them about potential partnerships and pari-mutuel betting facilities. Any deal would require the approval of the tribe, however.

The sportsbooks are expected to receive more favorable terms under the new ballot measure, which is why operators like DraftKings and FanDuel are expected to throw their support behind it. The Seminole Tribe spent millions of dollars in support of the measure that has already been passed by the state.

Taylor is a sports writer based in Southern California. While he primarily specializes in basketball, baseball and football, he will also dabble in things like soccer and politics from time to time. He has lived in just about every corner of the United States at one point or another, and he has been covering sports and sports betting for the better part of a decade. Taylor currently lives in Long Beach with his fiancé and their two cats. 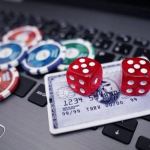