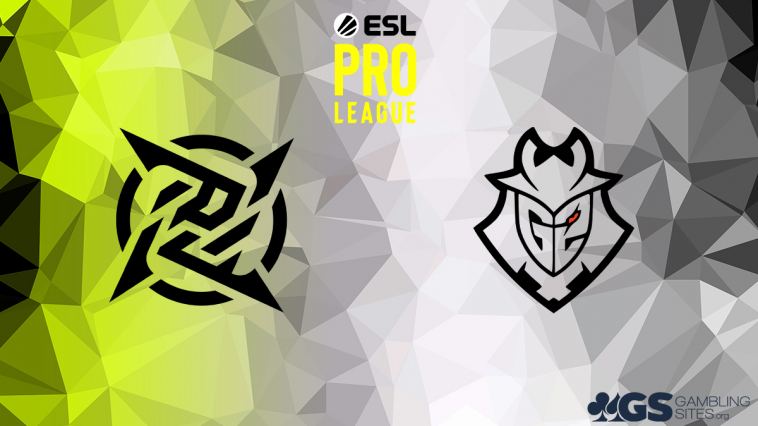 Yessir! We’re currently running hot with two consecutive wins on ESL Pro League S13. In total, our win rate is at 66% which isn’t half bad considering the number of upsets we’ve seen thus far. But, let’s increase it to 75% with our G2 vs. NiP betting predictions!

Even though this is the group B opening round, the stakes are still high because both teams are going to be actively contesting the top spot. Both expect to clinch playoffs at the very least… and such a clash is bound to deliver top-notch CSGO action!

Come on, fellas – it’s way too early to be discussing concrete G2 vs. NiP tips. We haven’t even started with the analysis! We’ll talk tips later on. For now, our focus is on the stats!

Results-wise, G2 is yet to make a budge following NiKo’s arrival. They performed well on IEM XV Beijing (placing third/fourth), but that’s about it as far as great campaigns go. They need to do something on ESL Pro League S13. Last time out they were absolutely terrible… This time around, they need to reach the top four otherwise we might see even more roster alterations happen.

However, the Same Can Be Said About Nip Too

I mean, they did show us a glimpse of brilliance on BLAST Premier Spring groups by defeating Astralis and BIG, and reaching the Finals. However, their IEM XV World Championship performance ended abruptly, following a 2:0 loss against the finalists, Virtus.pro.

That loss against Virtus.pro is the last competitive match NiP have played. That’s three weeks of pause, just like G2. NiKo and the boys, however, played a show match on Red Bull Ultimate Player. While they did win the contest, their victory wasn’t as clear-cut as they would’ve hoped for. It was a pretty poor performance for their standards. If they don’t rise up to the challenge against NiP, they’ll be swept aside effortlessly.

When looking at raw numbers, G2 have four wins in the last ten matches. NiP have five, which isn’t much of an advantage for our G2 vs. NiP predictions. One last thing – this is the first time these two play against each other in 2021. The last h2h contest dates to November last year when NiP won 2:1 on IEM Beijing EU.

It’s difficult to call a winner in this department because of two reasons. First, KennyS no longer plays for G2. He’s been replaced by JaCkz, the new/old G2 player with a much different map pool. The second reason is the fact that both sides are coming into this match with awful track records. Five and four losses in the last ten – not something these players can be proud of.

So yeah, long story short – there’s no winner in the map pool department. Let’s move on with our G2 vs. NiP picks and check out the individual qualities of key players on both ends.

Unfortunately, roster strengths (and weaknesses) don’t tell us much about the way this match is headed. On one end, we have NiKo, huNter, and nexa, three outstanding fraggers but a bit out of form. On the other end, we have Plopski and REZ who keep showing us their true potential. It’s their consistency that’s lacking. If they have another off-day tomorrow, G2 will show them no mercy.

Since this contest has mere nuances separating the two sides, guessing which way it will go seems rather silly. There’s no way we can know how Polopski and REZ will come into the match. One thing we can say with enough certainty – G2 vs. NiP is going to be a tight contest, right to the final round!

Total maps over/under – long time no see! Hopefully, the return of my favorite CSGO betting option will extend our winning streak and help secure some extra bankroll funds for the remainder of the group stage. Let’s get to that shiny 75% win rate tomorrow. Fingers crossed, boys! 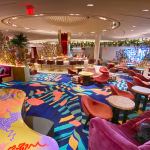 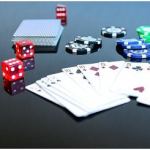