Haas will be racing with a new lineup in 2021 after deciding to replace Romain Grosjean and Kevin Magnussen at the end of the current season.

Grosjean was the first to drop the bomb with a social media post on Thursday. Shortly afterward, Magnussen also announced his exit in a Twitter post. Grosjean is currently in his 9th full season in Formula One while Magnussen made his F-1 debut with McLaren in 2014. The former has been with Haas since the team joined Formula One in 2016 while the latter has been with Haas for the last four years.

Times Have Been Tough

BREAKING: Kevin Magnussen and Romain Grosjean will leave @HaasF1Team at the end of the 2020 season#F1 pic.twitter.com/yWAwtB1kDD

Grosjean joined Haas at the start of the 2016 season and raced alongside Esteban Gutierrez. In the team’s first race, Grosjean finished sixth to record Haas’ first ever points making them the first team since Toyota Racing to earn points in their debut. Haas would go on to finish 8th in the Constructors’ Championship.

Magnussen replaced Gutierrez in 2017 to become the first driver in the turbo hybrid era to race under all four engine manufacturers. After a so-so debut year, Magnussen finished 9th in the championship in 2018, pushing Haas to an impressive 5th place finish in the 2018 Constructors’ Championship.

But since then, the times have been tough on both. Points declined and Haas finished next to last among teams in 2019. This season, Grosjean and Magnussen each have one points finish after 11 races. Haas only has three points and only Williams Mercedes is worse in the standings.

The team signed the new Concorde Agreement that will keep them in Formula One for five years beginning 2021. With the pact, the American team is hatching a new five-year master plan. Unfortunately, both Grosjean and Magnussen are no longer part of their plans.

Haas is one of the team with the smallest budgets on the grid, if not the smallest. Replacing their drivers is believed to be both a financial and marketing decision. The team has close ties with Ferrari and right now, there is no more marketable or financially backed driver than current F2 points leader Mick Schumacher. Mick is of course only the son of the legendary Ferrari driver Michael Schumacher.

Schumacher was scheduled to to take part in the recent Eifel Grand Prix at Nurburgring. The son of the legend was booked to drive for Alfa Romeo in the first practice session. However, that drive didn’t happen as bad weather causes the cancellation of that particular practice season. Despite that, it’s widely viewed that Schumacher will be in the running for one of the vacant F-1 seats next season.

Aside from the vacant Haas seats, the Red Bull spot being occupied by Alexander Albon alongside Verstappen is also vacant for now. Likewise, Alfa Romeo’s Kimi Raikkonen and Antonio Giovinazzi will see their contracts expire at the end of the current season. Williams has a new owner while there are still no confirmation about AlphaTauri’s two drivers for next year.

The 2020 Formula One World Championship will return to action this weekend for the Portuguese Grand Prix at the Algarve International Circuit in Portimao, Portugal. As anticipated, defending champion and current championship leader Lewis Hamilton is the clear odds on favorite to win the race. Hamilton is currently listed at -250 in the latest odds board from Bet365.

Expected to challenge Hamilton in the 12th race of the season are Valtteri Bottas and Max Verstappen. Mercedes teammate Bottas is second in the Bet365 odds board at +350. The Finn has eight podium finishes this season including two race wins. Meanwhile, Verstappen is third in the betting table at +450.The Belgian-Dutch driver has eight podium finishes including a win at the 70th Anniversary Grand Prix race.

Hamilton, Bottas, and Verstappen have been the front-runners all-season long. But with nearly half of the current drivers battling for their F-1 futures and looking to prove their worth, expect an exciting final six races of the 2020 Formula One World Championship.

Grosjean and Magnussen Leaving Haas F-1 Team at The End of Season originally appeared on TheSportsGeek.com 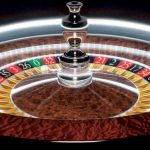 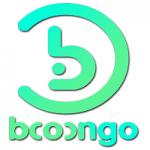