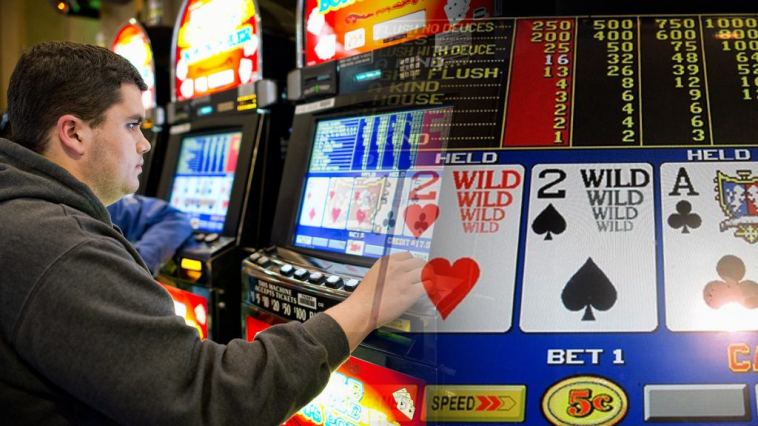 One of the questions you might ask yourself if you’re new to video poker is how are the cards dealt. In this post, I provide a more detailed response to how the cards are dealt in video poker than you were probably expecting. I’ll be breaking down multiple examples, let’s get started!

Since this program is cycling through so many numbers per second, it’s effectively completely random. Theoretically, it’s going through cycles, but it might as well not be because of the rate at which it’s cycling through those numbers. It’s impossible to time it so that you land on a specific result.

If you had a random number generator that just generated a number between 1 and 52, you could code each number to correspond to a different playing card. You’d obviously wind up with exactly the same odds and probability you would face if you were dealing a card from an actual deck.

This explains why real money video poker is a game where we can calculate the payback percentage and make good and bad strategy decisions. With a slot machine, you have no way of knowing what the probability of getting a specific symbol on a stop is. It could be 1/52, but it could just as easily be 1/13 or 1/26.

This is one reason video poker is so superior to slot machines – transparency.

Your initial hand’s probability is based on a 52-card deck. The replacement cards you get when you discard from your hand and draw are governed by the same probabilities.

There’s More to Consider than That

But here’s a question you might think about that’s best illustrated with an example:

You discard card #1 – the 6 of hearts – so that you can draw to the flush. This is the correct strategy for almost any video poker machine, in fact.

The machine deals you a 6 of diamonds to replace your 6 of hearts.

Now you want to know if you would have gotten this same card if you had held onto card 1 and 2 and drawn to the 3 of a kind instead of the flush.

Yes, you would have.

Video poker machine manufacturers licensed in Nevada must comply with certain restrictions. One of those is that the 6th through 10th cards on such a machine must come out in that order – 6 through 10 – regardless of which cards you held.

This method of dealing cards on a video poker machine is called “serial.” That just means one after the other.

Why Should You Care Though?

Most people interested in this kind of hypothetical are interested because they might feel like they’ve made a mistake by drawing to the flush instead of to the 3 of a kind. After all, they would have made a winning hand instead of a losing hand if they’d made a different decision.

But you didn’t make a mistake in that situation regardless of the outcome. Holding the spade was the right decision even though the 6 came out on the deal.

Even though most video poker games that you’re going to play use this serial method of dealing cards, there’s another potential way this could be accomplished. In fact, most players probably think this is how the cards are dealt.

This is called “parallel” instead of “serial.”

In this type of deal, cards 6 through 10 would be stacked behind the initial 5 cards you’re dealt. If you discarded card #2 in your hand, you’d get card #7 instead of card #6. This really wouldn’t make much difference, either – it’s still random. It’s just something to speculate about when you think of all the might-have-beens.

But you could face a situation where knowing whether the cards are dealt serially or in parallel might matter. Let’s look at another example:

You’re dealt the following hand to start with:

The correct decision is to hold onto the queen and draw hoping to get a 4 of a kind or a full house. After you draw, you have the following cards:

So, you have a winning hand here, but you didn’t succeed in your draw and improve your hand. You have 3 of a kind.

For some reason, the machine didn’t hold that card. Maybe the hold button on the machine is sticky, for example. Maybe you just didn’t hit it right. If you believe that the cards are dealt parallel, it doesn’t matter. One 3 of a kind is the same as any other 3 of a kind.

But since you’ve read this post, you know that the cards are dealt serially. Your final hand should have looked like this:

That’s a big difference in the payout. On a Jacks or Better game, for example, 3 of a kind pays off at 3 for 1.

Most of the time, if you bring this situation up to the floor manager, the casino will pay you for the 4 of a kind. You need to bring it up immediately, though. A modern video poker game enables you and the casino manager to view the before and after results of recent hands.

Another Example of Another Situation

The difference between cards being dealt serially rather than in parallel is a 2-edged sword. It would help you in some situations and hurt you in others.

You hold the jacks and discard the other cards. As in the previous example, let’s assume that the jack of hearts gets un-held because of some malfunction. Your new hand after the replacement cards are dealt looks like this:

Can you go to the casino manager and argue that you should get paid for 3 of a kind instead of for the pair of jacks?

Getting paid for the pair is correct here because if the jack of hearts hadn’t gotten replaced, your hand would have looked like this:

The jack of clubs wouldn’t have showed up if the “malfunction” with the sticky button hand’t happened.

You could, though, ask the casino manager anyway. The result would depend on how savvy the manager is to how video poker works. If he’s really savvy, he’ll know that you’re just taking a shot at a slightly higher payout.

I don’t recommend that. The difference in payout here isn’t big enough to warrant having the casino manager even a little put out with you.

You now know more about how the cards are dealt in video poker than you’ll probably ever need to know. The situations described above were adapted from some examples in Million Dollar Video Poker by Bob Dancer, but they weren’t real-life examples even there.

They’re all just hypothetical, and you probably don’t need to worry about this unless you’re a die-hard, professional video poker nerd.

How Are the Cards Dealt in Video Poker? originally appeared on LegitGamblingSites.com 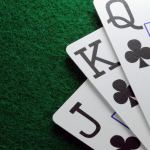 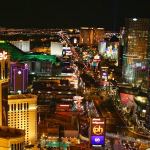