Experienced slots players will tell you that there’s a slot game theme for everyone. Every concept imaginable has been covered from food to lifestyle, to sports, to countries and cultures.

I recently played Redroo by Lightning Box Games, and it made me want to travel Down Under. Afterwards, I got to wondering about what other slots are out there which have themes based on specific countries.

Of course, there are too many countries out there for me to list here. So, I’ve created this list of slots themed on countries around the world. Is there one for your nation? Check out this list and see.

There are very few countries in the world which have more slots themed on them than Ireland. You know the drill—pots of gold, rainbows, four-leaf clovers, leprechauns, and lucky horseshoes.

There are so many Irish slots that it was difficult to pick one to list here. I decided to go for Isle O’ Plenty by IGT. This is a progressive jackpot slot which is part of the Mega Jackpots series. On a lucky spin with four jackpot symbols in view, you can walk away with a huge jackpot which grows by the minute.

This slot is so stereotypically Irish that’s it’s hilarious. However, it’s no joke. With up to 24 free spins, wilds which spread across the reels, and the Isle ‘O Plenty progressive jackpot up for grabs, there are lots of good reasons to play this slot.

Other Irish-themed slots include:

When I said that there are very few countries which have more slots themed on them than Ireland, Egypt was one of the exceptions I had in mind. There are hundreds of Egyptian-themed slot games, and they’re all inspired by Ancient Egypt.

I decided to feature Play’n GO’s Book of Dead because it is one of the most played slots of the last decade. This game has attained a cult-like following, despite being a simple slot game on the surface.

Book of Dead has a single feature, which is a free spins bonus round where you can win up to 20 free spins. The maximum payout is 5,000x. That’s all there is to this game, but despite its apparent lack of features, players can’t get enough of it even today.

Other worthy Egyptian slot games include:

Australians have their own slang for just about everything, and “roo” is the word used to describe a kangaroo. There are a handful of games based on the Land Down Under, and this is probably the best one of them all.

Redroo has 1,024 ways to win and one bonus feature. It’s a free spins feature with up to 20 ways to win. There’s also a wild symbol which can multiply all wins by 3x. If multiplier symbols land on all of the middle three reels, they multiply each other, turning into a 27x mega multiplier.

As you can see, this is a simple enough slot. However, if you’re lucky enough to land the top payout and the 3x multiplier, it offers a jackpot of 33,210x. That’s worth playing for despite the dearth of bonus features.

There are some other cool Aussie slot games, too:

This is another Play’n Go video slot. The reason this game’s company has been mentioned a couple of times on this list is because they make games with really great themes. You’ll love Grim Muerto, which is inspired by the Day of the Dead celebration which takes place in Mexico.

The first thing you’ll notice about this game is how bright and colorful it is. Most of the symbols are skeletons of a traditional Mexican band. It’s lively, with upbeat music and celebrations on the reels.

This slot has one main feature—a free spins bonus round. You’ll get 10 free spins with one extra wild symbol activated and the chance to win more free spins, too. There are also highlighted reels, and any wild which lands on them will expand for the duration of the feature.

Grim Muerto isn’t the only awesome Mexican slot. Some others include:

If you’re a Japanophile, you’ll be glad to know there are plenty of slots inspired by the beautiful Japanese culture. The one I’ve decided to review here is Koi Princess, but it was a tough decision, and I could have gone with any of them.

This is a NetEnt slot game. It has a fantastic theme with a 3D geisha on the reels to entertain you as you spin. It’s also jam-packed with bonus features including four base-game modifiers and four bonus rounds.

Modifiers include spins with guaranteed wins, random wilds, wild reels, and randomly activated bonus features. The bonus rounds themselves include two free spins features, cash wins with multipliers of up to 30x, and a bonus wheel.

Most Chinese-inspired slots look similar. They have a lot of red and gold in the color scheme, and symbols include red envelopes, gold ingots, coins, jade statues, etc. 88 Fortunes Megaways fits that description perfectly.

This slot is an upgraded version of the original Bally Technologies slot 88 Fortunes. This version has the Megaways game engine with up to 117,649 ways to win on every spin. The exact number of ways to win is decided randomly on every spin.

Features include cascading reels, gold symbols which can boost wins, a picking game, and a free spins feature. Did I mention that there are potentially 117,649 ways to win on every spin?!

This is a top slot game, but I also recommend:

France: A Night in Paris

This was an easy pick. There are a few good French-themed slots, but this one stands head and shoulders above the rest. It’s a 3D slot machine from Betsoft and has a theme which brings the French capital to life on the reels.

A Night in Paris also has three solid bonus features. First, you’ll get extra “combo wins” for landing combinations of the thief, the cop, and the French police badge side by side. Second, there’s a free spins bonus feature, and lastly, there’s a picking game which awards instant cash prizes when you select items from the museum wall.

If you’ve been to Paris and love it or dream of going there, this slot is one you’ll not want to miss, especially since it has a progressive jackpot.

There are also a handful of other great French slots:

United States of America: Wheel of Fortune On Tour

IGT has released a whole series of Wheel of Fortune slots, but I selected this one since it’s focused on different locations around the US. In this game, you go on tour, and the further you travel, the more you win.

As with many IGT slot games, this one has lots of interesting bonus features. The main feature is the “On Tour” bonus round. You’ll fill up with gas and go on a tour across the US. You’ll unlock other features by reaching certain milestones on this map.

Other features include free spins, enhanced chances of winning the top prize, a picking round, multipliers, a bonus wheel, and more. You won’t get bored playing the slots, and you’ll tour the digital US in the process.

Some other great US-themed slots include:

Once again, I’m going to list a Play’n GO slot machine here. This is one of a series of Rich Wilde slots. This one is set in India. It follows a handsome explorer as he makes his way through the magical world of Ancient India.

Pearls of India is also packed with features. It has a cascading reels feature with a progressive multiplier. Each time you make a win, the symbols which created it will vanish and new ones will replace them. The multiplier will increase on each win until a maximum of 10x. There’s also a free spins feature and several 3D temples which you can explore to win prizes.

With up to 30 free spins and all wins tripled by the 3x multiplier, this slot is the best Indian slot game I’ve encountered yet.

However, there are some other great games similar to this one:

Before You Play Any Slot Game

You’ve probably found at least one game on this list which you find appealing. While I’ve vetted them all and can assure you that they’re legit games, I always like to leave my readers with a little knowledge so that they can assess games for themselves.

Before playing any online slot games, consider the following:

Now that you’re equipped with a list of top slots themed on various countries, which one will you play first? Check out our recommended casinos before deciding.

Is There a Slot Machine Themed on Your Country? originally appeared on GamblingSites.org 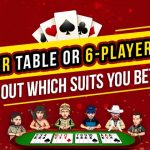 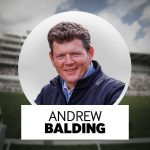