Khabib Nurmagomedov is one of the greatest mixed martial artists of all-time. The UFC lightweight champion announced his retirement from MMA after his latest title defense against Justin Gaethje. This week, Khabib Nurmagomedov won the prestigious BBC Sports Star Award.

It’s a huge accomplishment. It’s clear that Nurmagomedov is now one of the world’s biggest sports superstars. Today, we’ll talk about what could be next for the Dagestani wrestler.

Going undefeated in MMA is nearly impossible. There are simply too many aspects of this sport that can lead to a fighter’s loss. To go undefeated at the highest level in the UFC’s most competitive weight division is unheard of.

That is exactly what Khabib Nurmagomedov has managed to do. He entered the UFC back in 2012 with a perfect 16-0 record. Fans knew he was a special talent, yet many were skeptical that he could compete with the best fighters in the division.

As time went on, Khabib’s true skills began to show. He worked his way up the rankings over the years to finally secure a title shot in April of 2018. He dominated his first major title fight and went on to defend the belt on three different occasions.

After the most recent title defense, Khabib announced he was hanging up the gloves. UFC President Dana White doesn’t expect this retirement to last, though. He’s set to meet with Khabib next month in Abu Dhabi and plans to convince the champion to return to the cage.

Fans are already excited. With a 29-0 record and a grappling skill set we’ve never seen before, Khabib Nurmagomedov is one of the most exciting fighters to ever compete in MMA. Everyone wants to see him fight again.

Khabib isn’t just a tremendous fighter. He’s also a highly-respected sports figure around the world. This week, he was awarded a title never before won by an MMA fighter.

Every single year, the BBC hosts a major award ceremony for athletes around the world. One of the most highly-anticipated awards is the Sports Star award. It’s a prestigious title that is only awarded to truly special athletes.

This year, Khabib Nurmagomedov was awarded the BBC Sports Star Award. It’s the first time this has ever gone to an MMA fighter. Khabib took to Twitter to address the winning award to his fans. You can check out his Tweet below.

This award means a lot for me.
Recognition is the one of the biggest motivation in the life, as in the sport. @BBCSport pic.twitter.com/IbGjH7gari

It’s a huge moment for Khabib Nurmagomedov as a fighter. Winning the BBC award clearly shows that he is a legitimate sports superstar. This is also a massive moment for the sport of MMA and goes to show how far mixed martial arts has come over the past few decades.

Khabib is obviously in a fantastic position right now. He’s obviously wealthy and is now engaged in several different business ventures outside of MMA. The undefeated fighter is still just 32 years old, as well, and many believe it’s only a matter of time before he decides to step back into the cage.

There are several opponents that fans want to see Khabib face off against. That includes Conor McGregor, who is set to take on Dustin Poirier in a rematch next month. The first fight between Khabib and Conor ended up being the biggest MMA event of all-time.

Some also feel that Khabib could be matched up against the former UFC welterweight champion of the world, George St. Pierre.

Khabib Nurmagomedov is arguably the most dominant fighter in MMA. He’s shown almost no weakness in his game and seems to have only lost a couple of rounds during his professional career. Fans still love to speculate who could give him trouble inside the cage.

As we just mentioned, Khabib’s old rival Conor McGregor is set to make his MMA return early next year. With a win over Dustin Poirier, Conor would be almost guaranteed to receive a shot at the lightweight title. At the moment, that is a title that belongs to Khabib Nurmagomedov.

A loss to Poirier could completely derail these plans. Dustin Poirier is extremely talented, yet it seems unlikely that Khabib would return to face him. That’s especially likely when considering that Nurmagomedov already holds a third-round submission win over Dustin.

Perhaps that could open the possibility of Khabib vs. George St. Pierre. BetOnline, one of the top online sportsbooks in the US, is already offering odds on this matchup. At the moment, Khabib is listed as the -265 favorite.

George St. Pierre was one of the greatest MMA fighters on the planet between 2007 and 2013. He then made a brief comeback in 2017 to capture the middleweight championship of the world. GSP is currently listed as the +225 underdog.

Are you surprised to see Khabib win the BBC Sports Star Award? Do you think he will choose to fight again in 2021? Let us know in the comments section below! 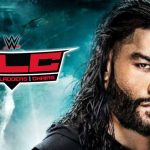 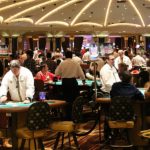