The New York Knicks were praised for making the right decisions during Wednesday’s draft. New York picked up College Player of the Year Obi Toppin with the 8th pick of the draft and selected SEC Player of the Year Immanuel Quickley with their 25th pick.

With those moves, the Knicks have freed up $40M in cap space which they can use to splurge on Friday when the free agency officially begins. New York now has the second-most cap space of any team in the league with only the Atlanta Hawks having more with $44M.

So now that they have all these money, the next question is who will they spend it on? The Knicks have been linked to Russell Westbrook ever since the news of a fallout between the Rockets and their two All-Star guards. For sure, the Knicks now have the cap space to assume Westbrook’s mammoth three-year $131.5M deal. The next question is do they have the required assets to pull off a trade?

When the Westbrook rumors first came out, it was said that New York coil include the 8th pick of the 2020 NBA draft in a potential Westbrook package. But after stealing Brooklyn native Obi Toppin during Wednesday’s draft, the Knicks may have abandoned the Westbrook plan. Or have they?

Westbrook followed Obi Toppin last night after he was drafted by the Knicks pic.twitter.com/edDyh0e4BM

Interestingly, Westbrook followed Toppin after the latter was drafted. Now there’s nothing surprising about players following each other on Instagram and Westbrook may be simply trying to play the media. But there could be something to Russell Westbrook’s move to like Obi Toppin’s IG account.

Russell Westbrook’s next team if traded

The Knicks are the betting favorites to land Westbrook. According to BetOnline.ag, New York is a +275 as the next destination for the disgruntled Rockets superstar. The Magic (+300), Pistons (+325), Hornets (+350), Bucks (+375), and Sixers (+700) round up the top six in the odds board but among the teams, only the Knicks and Hornets have a “verified interest” in trading for Westbrook.

When you look at how these teams drafted, it would appear that the Knicks would be the landing spot for Russ. The Hornets drafted LaMelo Ball with the third pick of the draft and he plays point guard, the same position as Westbrook. Charlotte’s previous prized acquisition was also a guard in Terry Rozier so the Hornets aren’t really shot in Westbrook’s position right now.

On the other hand, the Knicks drafted Toppin, a forward whose game can compliment Westbrook’s. When you take a look at the Knicks’ roster, they have a point guard in Frank Ntilikina and drafted Kentucky’s Immanuel Quickley with the 25th pick of the 2020 NBA Draft. Ntilikina and Quickley are solid guards but neither are in the caliber of Westbrook, love or hate him.

Hayward has opted out of his contract with the Celtics. pic.twitter.com/zEpLkTwGKb

With Gordon Hayward opting out of his $34M player option in Boston on Thursday, the Knicks were linked to the former Utah Jazz All-Star forward. Hayward is two years removed from a serious leg injury and he has yet to return to All-Star form after two seasons. However, he surprisingly declined a $34M salary with the Celtics to hit the free agency market. That doesn’t sound normal. Unless Hayward already knows where he is going next.

Rumors are saying it could be New York as the Knicks are one of the few teams with a large cap space this offseason. New York could very well need Hayward’s outside shooting as the team ranked last in the league in three pointers made per game and 4th from the bottom in three-point shooting percentage. Hayward is a career 46/6% three-point shooter who made 1.6 three pointers per game last season. He should provide the Knicks with plenty of outside firepower.

There are a lot of speculation going on around the Knicks, especially with the cap space that they now have. New York is headed to a rebuild. They have stockpiled 2023 draft picks in anticipation of high school players being allowed to turn pro again. They also have a talented young core in Barrett, Toppin, Mitchell Robinson and Kevin Knox. But we know they need a veteran leader to guide them. Who could it be?

Knicks Free Up $40M in Cap Space, But For Who? originally appeared on TheSportsGeek.com 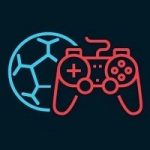 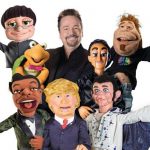