The Los Angeles Dodgers were already a +425 betting favorites to repeat as World Series champions when the futures odds were first released. On Friday, those odds shortened to +375 at online sportsbook BetOnline after pitcher Trevor Bauer announced on his YouTube page that he had signed with defending World Series winners.

Though he also made references to the New York Mets who were considered as the other finalist to land him, Bauer appeared to tease his move to Los Angeles early on Friday when he offered a giveaway for a signed Dodgers hat on his website. The move was confirmed later in the day and the oddsmakers were quick to move their lines.

Next to the Dodgers in the latest odds board are the New York Yankees +625, San Diego Padres +800, New York Mets +900, Atlanta Braves +1000, and Chicago White Sox +1000. The numbers slightly vary depending on which of the best MLB sportsbooks you use but one this is clear: The Dodgers have solidified their position as the betting favorite to win the 2021 World Series.

A first-time free agent, Bauer played for the Cincinnati Reds last season on a $17M deal that earned him a prorated $6.4M during the pandemic-hit season. He was one of the most dominant pitchers in 2020 with an ERA of 1.73, WHIP of 0.79, 100 strikeouts, 17 walks, and a 5-4 record. Opponents had a batting average of .159 against him, the best in the majors. Bauer also led the MLB in ERA+ and hits allowed per inning at 5.055 last season.

Best Rotation in the League

If and when Bauer officially becomes a #Dodgers does that give them the best rotation in division/league:
Kershaw
Bauer
Buehler
Price
Urias
May
Gonsolin

Once Bauer’s deal becomes official, the Dodgers will have the best rotation in the majors with three Cy Young winners in Clayton Kershaw, David Price, and Bauer. Last season, the Dodgers ranked first in the league in WHIP, and second in ERA, opponents batting average, and opponents OPS.

Bauer has an arsenal of many pitches but he’s found great success with his cut fastball and threw two NL shutouts last season. He likes to set up batters to knock them out of the outer half of the plate. Bauer led the NL with 63 strikeouts while limiting opposing hitters to a .145 batting average at that location last season. 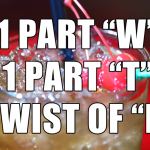 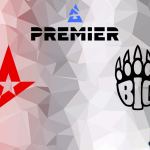