The Brooklyn Nets and Los Angeles Lakers are the top two betting favorites to win the 2022 NBA championship and as such they have the shortest odds to win the title. Despite that, both teams have been getting plenty of love from bettors that they have emerged among the biggest liability at the best NBA betting sites.

Online bookmaker BetMGM for instance has the Lakers as their biggest liability in the NBA championship futures market. No figures were given but considering the Lakers’ odds have been shortened from +450 to +400, it must be a significant amount. The Nets meanwhile are the third biggest liability for the same sportsbook and with the Lakers vs Nets the +500 odds on favorite to be the exact NBA Finals match-up, this could spell trouble for the bookmakers.

Lakers and Nets Most Popular Bets

According to BetMGM, the early numbers from their sportsbook revealed that the Los Angeles Lakers ae the most heavily backed team when it comes to the total number of betting slips wagered so far. L.A. has accounted for 25.4% of the total betting tickets issued and per volume, they have thee times as many slips as the team next to them in the rankings with the Warriors at 8.7% and Bucks at 8.0%.

The Brooklyn Nets, who are the consensus odds on favorite to win the 2022 NBA championship at the best NBA betting sites, are the most popular bet at BetMGM with a total betting handle of 41.6%. That means four out of every ten dollars wagered at the online sportsbook are bet on the Nets. Brooklyn is currently the -240 betting favorite at BetMGM.

Meanwhile 25.6% of the total bets received or $2.50 for every ten dollars gambled at the online bookie have been made in favor of the Lakers who have reloaded by adding the likes of Russell Westbrook and Carmelo Anthony to their lineup. This means that the top two betting favorites to win the 2022 NBA championship have accounted for roughly $6.50 of every $10 bet in the Championship market.

During last season’s playoffs, the Lakers and Nets also combined for roughly 59% of the total betting handle in the futures market. But BetMGM won big on them as the Lakes were ousted in the first round and the Nets in Round 2. However, things could be different this season with both teams expected to return with healthy lineups.

Aside from having the Lakers as its biggest liability in their Championship betting market, BetMGM is also facing another huge liability on L.A. via another proposition bet.

A couple of days ago, it was also reported that BetMGM received a $10,000 bet on the Lakers to miss the playoffs at 16/1 odds. If somehow, LeBron’s new crew doesn’t pan out as expected, that bet will win $160,000. The sportsbook has since adjusted the Lake Show’s odds to miss the postseason to 14/1.

Right now, that $10K bet sounds like a longshot of longshots. But remember that the Lakers were a -450 to make the playoffs during the 2018-19 season, LeBron’s first year in Hollywood. That team also opened with the 4th best odds to win the 2019 NBA title at +1800 and were given a win total of 48.5 wins 7th best win total.

However, that team struggled after James injured his groin during their Christmas Day win over the then defending champions Golden State Warriors. They would finish the season with a 37-45 record and miss the playoffs after finishing 10th in the Western Conference team standings.

There’s a big difference though between the Lakers’ 2019 squad and James’ current team. The 2019 Lakes had plenty of young talent around James but it did not have the second superstar that Anthony Davis is right now. In Davis’ first season, the Lakers went over their preseason total of 50 wins despite a shortened season and won the championship in the Orlando bubble. 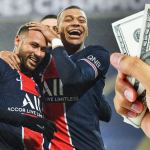 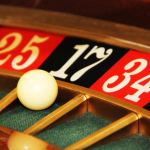