It’s no surprise that the Warriors are on top of the mountain. And that the Celtics are right behind them. The Bucks and Suns also have top 5 odds and not many will argue where they are. There are some critics on why the Nets and Clippers are in the Top 5 but perhaps the most surprising odds in the opening BetMGM odds were the Los Angeles Lakers who at +1400, were tied with the Dallas Mavericks, Denver Nuggets, Memphis Grizzlies, Miami Heat, and Philadelphia 76ers with the 6th best odds to win it all next season.

The Lakers are a surprise no more. Or are they?

After the opening odds slept for one night, the Lakers immediately plummeted in the BetMGM championship boards. No, they did not fall off the ladder. It’s just that their ods were “reclassified” to +2200 from +1400. But that’s not too shabby, the Purple and Gold still have the 7th best odds to win the 2023 NBA championship.

Golden State is the current +500 favorite at that sportsbook. Boston is next at +650 while Brooklyn is at +700. The L.A. Clippers and Milwaukee Bucks are next at +750 while the Phoenix Suns are the final team with odds shorter than +1000 at +900 odds. Meanwhile, Dallas, Denver, Memphis, Miami, and Philadelphia all stayed at +1400. The oddsmaker merely removed the Lakers from the group and put them at +2200, the only team at that price.

That’s still a good place for the LeBron and company who missed the playoffs for the second time in his four seasons in Tinseltown. The New Orleans Pelicans made the playoffs this past season. They are listed at +3500. So did the Utah Jazz and Chicago Bulls. They are +4000 and +6600, respectively. The Minnesota Timberwolves and Toronto Raptors also made the postseason but they too, are just pegged at +6600. Even the Atlanta Hawks, who made the East Finals in 2021, are just at +8000. The Cavs, another playoff team this season, are just at +10000.

The Lakers’ odds to win 2023 NBA title are higher than expectedhttps://t.co/DkYDr9S3J9

It’s not just at BetMGM where the Lakers are ranked high in the 2023 NBA championship boards. The FD Sportsbook has Los Angeles at +2600 but the order of teams is the same as the previous betting site mentioned. At the BetOnline App, the Lakers have the 10th best odds but are at a shorter +2000 and are behind only the same teams they are trailing at BetMGM. At Bet365 USA, they are listed at a shorter +1800 odds but still, the order of teams from no. 1 to the Lakers are the same.

Some would say it’s a sacrilege to put a LeBron James-led team at 12th in a preseason ranking of teams. However, considering the Lakers are coming off a season where they posted a 33-49 record, missed the playoffs, did not even make the play-in tournament, and finished a disappointing 11th in the Western Conference, the Lakers 2023 title odds are higher than expected.

But then the Lakers are a team with LeBron James still playing at an elite level in Year 20. If Anthony Davis can stay healthy and return to his 2020 form and Russell Westbrook gets his game going under Darvin Ham, the Lakers could be a dark horse in the 2023 championship race. Well just maybe. 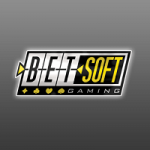 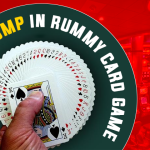