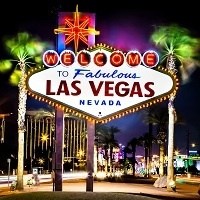 This week’s gambling news looks at what’s good, bad, and ugly about the Las Vegas recovery efforts after the pandemic. Vaccines are rolling out across America, speculation is that things could return to “normal” as soon as this summer.


Hello, players! And welcome to This Week in Gambling! I don’t know about you guys, but I can’t wait for Las Vegas to completely reopen again at 100%! And according to some industry experts, a full Las Vegas recovery could happen within just a few months!

This week’s big story has three parts: The good, the bad, and the ugly. First, the good news: Vaccinations are rolling out all across America. And in Nevada it’s estimated that 70% of the residents and workers will be fully inoculated by the end of May. And that, my friends, means that Las Vegas casinos, hotels, restaurants, bars, and shows could be operating at 100% by June or July.

Additionally, all that Joe Biden stimulus money is just floating around out there… and you know people are just itching to travel again! So as awful as things have been for the past year, they could completely turn around as soon as this summer. Of course, it won’t be all good when things return to normal. For example, those sweet deals on Vegas hotel rooms and flights? Yeah, those will probably return to normal prices as well. That’s to be expected.

However, Las Vegas is already experiencing other unexpected issues: For one, it’s getting harder and harder to get around in Vegas right now… at least using a service like Uber or Lyft. It seems that some of those companies drivers are having second thoughts about allowing strangers into their vehicles during a pandemic. No worries, though… the taxis are still running.

Of course, things could get downright ugly as well if a third wave of Coronavirus were to hit. And god help us if that third wave were a new strain of the virus that we didn’t have a vaccination for… putting us right back to where we were at this time last year. So fingers crossed, my friends, that everything continues to go well. Now for an update and a correction on a story we brought you last week.

And as we watch the Las Vegas recovery efforts, an update on our last show: We reported that the U.S. Department of Justice had abandoned their fight against online gambling and decided not to appeal their latest loss in the Wire Act case to the Supreme Court. But, it turns out that may have been a bit premature.

News agencies reporting that story have since retracted their statements, saying that in fact the DOJ could still appeal to the Supreme Court. Of course, they published that retraction after we put out our video. However, with the death of Sheldon Adelson in January, and a new administration in the White House, many experts agree that the Justice Department most likely will not appeal this case any further. Still, we’ll keep an eye on it.

And finally this week, the Bellagio just announced an exciting new feature for their guests! They are adding live, fully grown marlin to their fountain pool area out in front of the hotel. And for a small fee, tourists are welcome to try their luck fishing them out. The new Bellagio Marlin Fishing Experience will be open to the public starting on April 1st… That’s April 1st, my friends. Mermaid rides are extra. 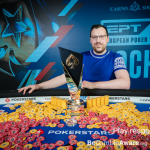 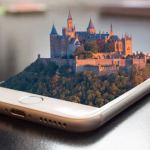