Without even explaining, the 2020 NBA Finals MVP race is down to three players: LeBron James, Anthony Davis, and Jimmy Butler

James is the betting favorite to win this year’s Finals MVP. James is currently the heavy -1100 odds on favorite at Bet365 with his teammate Davis trailing him at +600. Miami’s Jimmy Butler is third in the current oddsboard at +2200

Butler has done more than enough to merit mention. His historic Game 3 alone puts him in this conversation. However, unless the Miami Heat become the second team in league history to come back from a 3-1 deficit to win the NBA title, then Jimmy Buckets may be out of the equation.

Not since Jerry West did so for the Lakers 51 years ago has a player been named as NBA Finals MVP while playing for the losing team. Butler’s Heat are down but not yet out. However, only one out of 35 teams or 2.9% have ever erased a 3-1 lead to win the NBA championship

With Butler almost surely out of the equation ( 97.1%), then this year’s Finals MVP is down to superstar teammates LeBron James and Anthony Davis. Picking from these two is like apples and oranges. Both have been equally crucial to the Lakers’ success in the 2020 NBA Finals. But only one of them will be Finals MVP. Who will it be?

Making A Case For LeBron

LeBron James drops 20 in the 2nd half to propel the @Lakers to a 3-1 #NBAFinals lead! #SAPStatLineOfTheNight pic.twitter.com/gTutTLZ8FP

LeBron James is the leading scorer and rebounder in the current NBA Finals. No one has scored more than his 27.8 points per game and no one has grabbed more than his 11.0 rebounds per contest. He is also averaging 8.5 assists per game, which is the second best average in the postseason behind Jimmy Butler’s 10.0 dimes per outing.

King James has not registered a triple double in the Finals but he’s come close in all four games. He has also been shooting well in the series, going 54.1% from the field and 36.4% from deep. Those percentages are impressive considering that 25 out of the 40 shots he’s made in four games have been unassisted. As a comparison, only 13 out of Davis’ 40 made baskets were not assisted.

If there’s a weakness for LeBron in the Finals, it’s turnovers. James turned the ball over twice in the fist two games of the series but has been error-prone with a total of 14 turnovers in the most recent two games. Five of the 14 turnovers came in the first quarter of Game 4. He finished that game strong with 20 points, 9 rebounds, 4 assists and only one turnover in the second half.

According to ESPN, there have only been five instances in NBA Finals history when a player led his team in scoring, rebounds, and assists. Each time that happened, that player won Finals MVP honors. Magic Johnson and Tim Duncan had two of those instances. LeBron James owns the other three.

The Case For AD

Anthony Davis scored 34 points in the Lakers Game 1 win over the Heat.

Two games into the NBA Finals, Anthony Davis was the runaway Finals MVP. AD averaged 33.0 points while owning shooting splits of 63-60-100. He scored 34 points in Game 1, the third highest scoring output ever in a Lakers’ finals debut. Davis also finished with 32 points and 14 rebounds in Game 2 as the Lakers took a commanding 2-0 lead.

But Davis struggled in Game 3. He got into early foul trouble and never found his rhythm. AD would end up with 15 points on nine shot attempts. He also grabbed only five boards in 33 minutes of action. With AD struggling, and Jimmy Butler erupting for the third 40-point triple double in Finals history, the Heat beat the Lakers to cut their series lead to 2-1.

Davis made up for his poor Game 3 effort with an impressive Game 4. The Brow scored 22 points, grabbed 9 boards, and issued four assists while blocking four shots. He also hit a big three pointer that upped their lead to 9 in the closing minute of the game. Aside from those, Davis also defended Butler and limited Jimmy to his lowest-scoring game of the series.

The Lakers have outscored the Heat by an aggregate of 24 points in the 152 minutes that Davis has played. In contrast, L.A. has outscored Miami by only 11 total points in LeBron’s 153 minutes of action. Other than Game 3, Davis has been unstoppable and Miami has no answer for him.

Who is the Finals MVP?

We have seen co-MVPs in the All-Star Game. This happened thrice beginning with John Stockton and Karl Malone in 1993. Shaquille O’Neal and Tim Duncan were co-MVPs in 2000 and Shaq also shared the honors with the late Kobe Bryant in 2009.

The NBA’s Rookie of the Year award is the only major award that has seen co-winners. In 1971, Geoff Petrie and Dave Cowens shared the award. Jason Kidd and Grant Hill each got ROY trophies in 1995. Likewise, Steve Francis and Elton Brand were named co-Rookie of the Year in 2000.

In the history of the NBA Finals, there have been no co-winners of the Finals MVP. That’s because the selection process is supposed to prevent it. The NBA gives 11 members of the media panel one vote each. They pick a name and because you have odd number votes, one player should have the edge.

In the case of this Finals, it will likely go down to LeBron and AD. Well, unless one of the 11 media men vote for Butler. That is possible but it’s a far-fetched idea right now and the chances of that happening is slim to none. It has to be LeBron or AD. And right now, the Finals MVP could still be up for grabs entering Game 5. 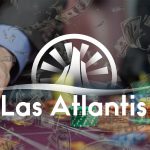 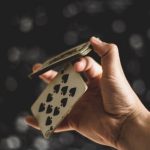