The Phoenix Suns continued their red hot play in the 2021 NBA Playoffs as they defeated the Denver Nuggets 116-102 on Friday night to take an insurmountable 3-0 lead in their best-of-seven second round playoff series.

Game 4 will be on Sunday at the Ball Arena in Denver but Phoenix has opened as two-point betting favorites at the BetOnline App. The Suns are also now a massive -8000 to win the series at the same online sportsbook.

Phoenix has been so good in this series that Friday’s 14-point winning margin was their smallest against the Nuggets in three games. The Suns have won their last five playoff games by an average winning margin of 22.6 points per game.

With the Suns on fire, there was nothing that the newly crowned MVP could do about the game. Nikola Jokic gave it is all and had another statistically ridiculous game for the Denver Nuggets. But not even another herculean effort from the Joker could stop the Suns from rising in the West.

Jokic Gave His All

Despite the loss, Jokic gave it all tonight 🃏

Jokic had a big first half, marking the second time in his career where he’s posted a 15 points, 10 rebounds, and 5 assists half. Over the last 25 seasons, only Russell Westbrook has ever posted similar numbers ove two quarters of play. The Joker would also finish the game as only the third player in NBA history, after Wilt Chamberlain and Kareem Abdul-Jabbar to record a 30 points, 20 rebonds, and 10 assists triple double in the postseason.

During his MVP acceptance speech before the game, Jokic told the crowd to cheer for his teammates because he wouldn’t be the MVP if not for them. Unfortunately for Denver, Jokic’s teammates have been everything but valuable to him in the series as he has not gotten the help that he’s needed to beat the Suns. That trend continued on Friday as Jokic’s historic performance going for naught because of the struggles of his teammates.

In Game 3, Denver’s four other starters combined for only 30 points, 11, rebounds, and one assist. The Nuggets’ backcourt of Facu Campazo and Austin Rivers combined for only 11 points and zero assists. Meanwhile, Michael Porter Jr. scored 15 but shot just 5-13 while Aaron Gordon was 2-10 with only four points.

All Gas, No Brakes

All gas, no brakes.

While Jokic’s teammates continued to struggle, the Phoenix Suns continued to wax hot for the third straight game in this series, shooting 53.1% from the floor and 46.2% from behind the three-point arc.

All five Suns’ starters scored in double figures led by Devin Booker who scored 28 points and Chris Paul who continues to play better by the day with 27 points, 6 rebounds, and 8 assists. Deandre Ayton recorded a double-double with 10 points and 15 rebounds while Jae Crowder continues to rebound from his shooting woes by going 4-6 from deep.

The relentless Suns have now won six straight playoff games and have not lost since dropping Game 2 of the Lakers series. They are now just one win away from their first Conference Finals appearance since the 2009-10 season. With only three teams ever coming back to tie the series after being down 0-3 and none ever coming back from an 0-3 deficit to win it, things are looking bright in the Valley of the Suns. 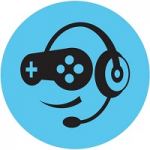