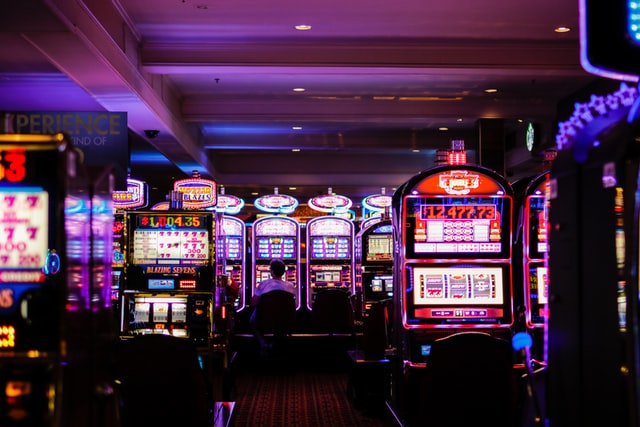 Newcomers often find the craziness of online slots overwhelming due to there being such a wide range of features, styles and slot types to choose from. The variation of mechanics, gameplay and volatility levels can become mind-boggling even for the most seasoned players.

Thankfully, we’ve compiled a list of slots that are easy to play, entertaining, and will gently introduce new players to slot gameplay and features, slowly and surely.

Whether it’s an introduction to Cluster Pays, Megaways or jackpots, here are five online slots that are absolutely perfect for beginners.

There’s a reason that Starburst is so popular almost 10 years after the original release – and this is because it’s ideal for both seasoned players and newcomers. Developed by NetEnt, Starburst plays on 5-reels with only 10 paylines which just means that there are only 10 ways to win.

This space-themed slot features a low volatility level which refers to the frequency of payouts. With low volatility slots, the gameplay can be sustained for longer as the payouts are more frequent but at lower levels. Ultimately, this level is ideal for players who aren’t wanting to put a huge amount into the slot and want to see recurring payouts.

Alongside the volatility, Starburst has barely any features making it similar to traditional fruit machines that are found in pubs and casinos. So, all that players need to do is spin and then wait to see the results – it’s literally that simple.

A sequel is rarely better than its predecessor, but thankfully Dead or Alive 2 is better than the original in every way. Not only is the win potential increased dramatically, but there are even more features to make players excited.

Whilst Starburst has low volatility, Dead or Alive 2 is the complete opposite. With high volatility gameplay, players can expect higher payouts but receive them less often compared with low volatility. It’s recommended that players make sure they have the bankroll to sustain themselves as well for high volatility whilst waiting for big payouts.

The beauty of Dead or Alive 2 is that whilst it has a fair amount of features, none are too complicated to just pick up. There are three different free spin options to choose from and each contains certain bonuses that can affect your gameplay. It’s more complicated than Starburst, but still easy enough for a newbie to pick up.

Cluster Pays is ideal for newcomers who want something a little out of the ordinary and more visual with the symbols forming clusters on-screen with wins. Aloha! Cluster Pays is the perfect introduction to Cluster Pays as the stunning visuals of a tropical paradise will put players at ease and mix well with the vibe of the mechanic.

Amazingly, Aloha! Cluster Pays finds the ideal middle ground of having the right amount of features that aren’t too complex. Ultimately, this slot only really contains free spins and sticky re-spins which are pretty self-explanatory. Players wanting a visually remarkable slot that plays like an amusing mobile game should give Aloha! Cluster Pays a try.

Now, the term Megaways is huge within the iGaming industry as it’s one of the biggest online slot mechanics. There’s a reason for its popularity as it completely transformed the online slot world from a handful of paylines to 117,649 ways to win.

This may sound convoluted, but the mechanic is actually straightforward. Spicy Meatballs Megaways is one of the easiest Megaways slots to pick up and play as the focus of this slot is the mechanic and free spins. All that’s really changed from any other online slot is the fact that players can now win even more ways!

Thankfully, Spicy Meatballs Megaways is witty and tongue-in-cheek with the tone of the slot making it a delight to play. It’s the ideal online slot for novices wanting to truly experience the joys of Megaways.

The original Mega Moolah slot was first released by Microgaming way back in 2006 and is still, to this day, one of the most famous online slots. Jackpot hunters across the world regularly seek out Mega Moolah slots due to them having one of the biggest jackpots in the world – it has twice held the Guinness World Record for the highest payouts in history of £13million and €18million! It has an average jackpot payout of over £6million and is won on an almost monthly basis.

For new players hunting that life-changing win, there can be no better jackpot slot to play than Mega Moolah. This veteran slot is almost 15 years old and, despite its extreme simplicity, it still manages to keep players engaged and winning big.

Playing on 5-reels with only 25 paylines, and containing little more than free spins and the Mega Moolah jackpot, Mega Moolah is about as basic as slots get, meaning beginner players can quickly and easily understand its gameplay and try their hand at winning unbelievable amounts with ease.

Online slots that are perfect for beginners originally appeared on Betroll.co.uk 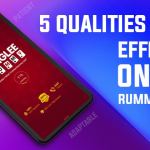