UFC bantamweight champion Petr Yan was supposed to defend his belt against Aljamain Sterling at UFC 256 on December 12th in Las Vegas. However, that bout was scrapped from the card after Yan pulled out of the fight due to “personal reasons”. According to reports, the UFC is hoping to reschedule the bout as early as February but so far, there has been no confirmation of that.

Enter T.J. Dillashaw, the former UFC bantamweight champion who is currently serving a two-year suspension for violating the UFC’s drug policy. Dillashaw’s suspension end on January 18, 2021 and with the date nearing, he is throwing his hat in the championship arena.

Dillashaw lost the belt due to the suspension not a loss. Because of that, he believes that he deserves an immediate title shot once he is reinstated. In an interview with ESPN, the former champion stated his case:

“I want that title fight right away. You’ve got a guy in Petr Yan who beat someone for the belt that is 0-2 in the division. Jose Aldo has two losses [at 135 pounds]; you beat him for the title and you’re calling yourself a champion? That belt has changed hands every fight. No one there has dominated. That’s my belt, and I want to come back to a title fight.”

“How are you calling yourself a champion? You’re an interim champion.”

Based on the opponents they faced, @TJDillashaw doesn’t feel Petr Yan or Henry Cejudo were true bantamweight champions 👀 (via @bokamotoESPN) pic.twitter.com/FMm8VPzP6y

Henry Cejudo claimed the title that Dillashaw vacated. He won the belt by defeating Marlon Moraes at UFC 238. But Cejudo had never fought at bantamweight prior to facing Moraes and he went on to defend it once, against a Dominick Cruz who had not fought in over three years.

Cejudo then retired after beating Cruz, leaving the title vacant again. Yan defeated Aldo at UFC 251 to become the new bantamweight champion. But prior to beating Aldo, Yan’s biggest wins were against John Dodson, Jimmie Rivera, and Urijah Faber. Meanwhile, Aldo lost to Moraes in his bantamweight debut but still got the title fight against Yan.

With the last two bantamweight champions claiming vacant titles rather than beating the reigning rulers, Dillashaw’s assertions that the division has no real champion is very much valid.

TJ Dillashaw shocks the world when he finishes Renan Barao by knockout,

The 34-year old Dillashaw shocked the world when he ended Renan Barao’s 32 fight unbeaten streak and won the bantamweight title with a spectacular performance at UFC 173. He successfully defended the belt twice, both via knockout, before losing in a controversial split decision to Dominick Cruz at UFC Fight Night 81.

Dillashaw then unseated Cody Garbrandt at UFC 217 and knocked him out again at UFC 227 before losing to Cejudo in an ambitious attempt to move down in weight to fight for the flyweight title.

The TUF 14 runner-up tested positive for recombinant human erythropoietin (EPO) during a drug test conducted before his fight with Cejudo. He vacated the belt after the failed drug test and subsequently received a two-year suspension which will end next month.

Yan is unbeaten inside the UFC Octagon with seven consecutive victories including four via knockout. He dominated former featherweight king Jose Aldo during the first Fight Island series before scoring a fifth round TKO win over the Brazilian.

The champion was the -140 betting underdog in his aborted UFC 256 title defense with Sterling listed as a +110 underdog. If Yan does go on to beat Sterling once their fight is rescheduled, a Yan vs Dillashaw bout would certainly be worth watching. 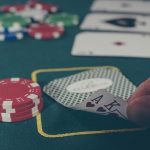 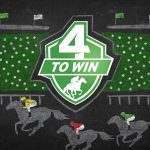