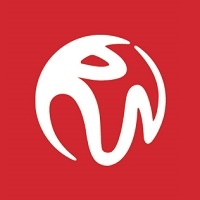 We’ve all seen the movies about big casino resorts heists. For one person, however, this has gone beyond film and fantasy, as they robbed a casino high limit cage at the north end of the Vegas Strip. But it’s their getaway car that really has people scratching their heads.

This bit of Las Vegas casino news finds us at Resorts World. When I am anywhere in Sin City, I’m usually waiting five or ten minutes for a taxi at one of these casino resorts, but not this person. Not only did they pull off the seemingly impossible when they robbed Resorts World at 2 am on a weekday, but they went into the seemingly supernatural by getting away in a cab.

If all of this has you a bit perplexed, you’re not alone. Many people on social media were asking how such a feat could take place. Where was security? How could he walk through the casino unnoticed? How could he have a taxi waiting as a getaway driver?

It may be a mystery that goes unsolved, as the folks at Resorts World did not say much. Neither did police detectives. Perhaps they were just as shocked as we were, or even a bit embarrassed. However, the culprit was eventually apprehended. And here’s a twist: This dude was already on probation for a 2020 robbery at The Venetian!

Now, Zubaid Al Jarmi, age 25, will have to deal with charges of robbery with a deadly weapon, burglary, and possession of a deadly weapon. The Judge subsequently decided to hold the defendant without bail, which was probably the wise thing to do. I guess that’s why they are judges.

There’s a long history of folks attempting to take down a casino in some sort of theft. It’s even the stuff of Hollywood movies. But the vast majority of people would never attempt such a thing, no matter how tempting, for the sheer fact of all the security measures… ethical reasons aside.

However, at least one person is out there hiding with all of that cash, knowing that they were the ones smart (or lucky) enough to have robbed Resorts World and gotten away with it… at least for the time being. We’ll see what the future brings. 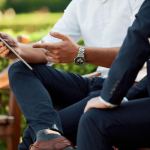 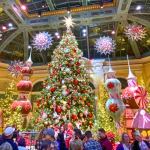