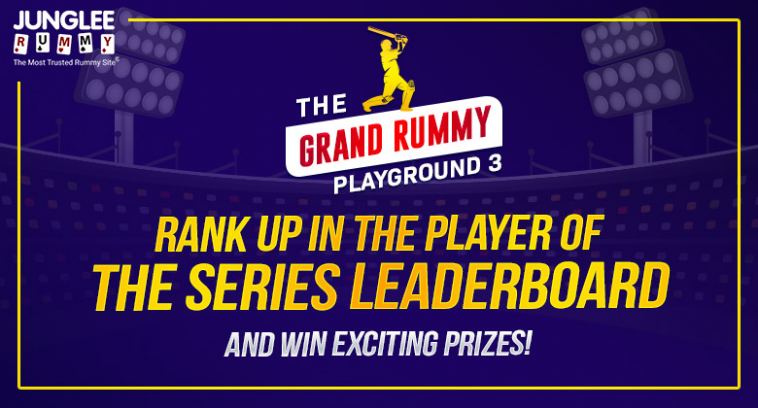 One of Junglee Rummy’s biggest features has been its rummy promotions. Everyone who enjoys the rummy game understands how important they are while competing in major rummy events taking place all round the year. All these promotions not only help to bring massive winnings to the players, but they also bring them a fair amount of recognition and fame.

After the huge success of the first two editions, Junglee Rummy is delighted to bring back to you its major rummy playground, The Grand Rummy Playground III. Lakhs of players watch their favorite sport cricket and participate in rummy games to win exciting cash rewards during this period.

This promotion will run during the Indian T20 League match hours from 9th April to 30th May. In order to be adjudged as The Player Of The Series, you need to play as many cash games as possible during the T20 League match hours and get to the top of the leaderboard to win big prizes. The higher you rank in the leaderboard, the greater your reward is.

A brand-new Hyundai Creta car will be awarded to the ultimate winner. The second prize is a Royal Enfield motorbike, and the third prize is an Apple iPhone 12. The players who end up ranking 4th and 5th in the leaderboard will get a OnePlus 9 Pro smartphone. The prizes don’t stop there. The top 50 players on the leaderboard will receive other exciting prizes such as an Apple iPad, a OnePlus 9 smartphone, a Google Home device, a Mi smart band 5/3i, a Samsung Galaxy A31 smartphone, and much more!

Here’s everything you need to know about last year’s TGRP II and the special moments that made it a huge success.

In the 2020 edition, Sandeep Kumar from Uttar Pradesh was the ultimate winner, who took home a brand-new Honda City car. He was followed by Ketan Makwana and Deepali Kapil Patil, who won a Tata Altroz car and a Royal Enfield Interceptor motorbike respectively.

The chances of winning in this edition are huge! So what are you waiting for? Put your skills to test and try out this super exciting promotion. Register with Junglee Rummy for free and participate in tournaments this T20 season to showcase your skills, score well and win big! Download the online rummy app today to get started. More information about this promotion can be found here. Happy gaming!

The Grand Rummy Playground III: Rank Up in the Player Of The Series Leaderboard & Win Exciting Prizes! originally appeared on JungleeRummy.com 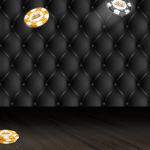 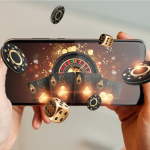