Back in January, Dustin Poirier shocked the world by knocking out Conor McGregor in the second round. It shook up the UFC’s lightweight division and left many fans wondering what is next. New reports indicate the McGregor vs. Poirier trilogy fight could be taking place sometime this summer.

Poirier was recently a guest on the Joe Rogan Experience. During the conversation, the third fight with Conor McGregor was brought up. Today, we’ll talk about how Dustin feels about another bout against the Irish superstar.

The UFC Lightweight Title Picture is Still a Mess

For many years, the UFC has been seen as the best in the UFC. It’s here at 155 pounds that fighters such as BJ Penn and Khabib Nurmagomedov competed in. The top-10 of this weight class is always stacked with fighters that could become a champion.

Unfortunately, this division is now somewhat in limbo. Since 2018, Khabib Nurmagomedov has been the champion at lightweight. His “retirement” late last year has left the division confused. To make things even worse, the UFC has yet to officially strip Khabib of this title.

It seems reasonable to think that Dustin Poirier should be competing for the lightweight belt next. He looked amazing against Conor McGregor and is now the clear number-one contender for the championship.

Charles Oliveira is another man that seems in the title mix. Back in December, he earned an incredible decision victory over Tony Ferguson. He came into that bout as the underdog according to almost all online sports betting sites but dominated “El Cucuy” from start to finish.

Some also feel that Michael Chandler could be fighting for the 155-pound belt. He finally made his UFC debut on the same card as the McGregor-Poirier card. He proved he belongs in the UFC by knocking out Dan Hooker in the first round.

No one really seems to know what is happening next in this division. Khabib remains the champion and some feel he will return if an exciting enough challenge presents itself. Due to this confusion with the belt, it seems more likely that we will see Dustin Poirier taking on Conor McGregor for a third time.

Here’s What Could Lead to the McGregor vs. Poirier Trilogy

Heading into UFC 257, the UFC seemed to have a specific plan in place. Had Conor McGregor won against Dustin Poirier, he would likely have drawn Khabib Nurmagomedov out of retirement for the lightweight belt. That did not end up being the case.

Dustin Poirier won that fight in spectacular fashion. The win proved that he is now the top fighter in the lightweight division. Dustin probably could fight for the belt next, but instead seems interested in a massive payday with a third fight against Conor McGregor.

“Conor wants the trilogy, and I do too,” Dustin said. “If they want to do it, let’s do it. We’re just trying to get the right deal structured. This is going to be a big fight. He knocked me out, (and) I knocked him out. The trilogy. For sure one of the biggest fights this year, but maybe of all time. … I don’t directly talk to them. They talk to my manager, Rob Roveta. We try to put ourselves in the best position to sit at the table with them and have a legit conversation about getting this fight booked. We’re trying to structure the right deal, and when that happens, the fight will be on. Until then, we’ll see.”

From a financial point of view, the McGregor vs. Poirier trilogy fight makes the most sense for Poirier. Many want to see if Conor can bounce back from that tough loss. This would likely be one of the biggest fights in UFC history.

Of course, every fighter wants to earn the world championship. Dustin Poirier is certainly deserving of this opportunity. If he’s motivated by money, however, he should take a fight against Conor McGregor.

There are many different ways that things could play out in this division. Stay tuned for updates over the next few months!

There’s Still Time to Bet on UFC: Rozenstruik vs. Gane!

This summer will likely be an exciting one for MMA fans. The UFC is already working to set up massive bouts to take place over June, July, and August. Based on what is being said, the McGregor vs. Poirier trilogy fight will be taking place sometime in July.

On Saturday, the UFC returns with another exciting event at the Apex Center. This card is headlined by Jairzinho Rozenstruik and Cyril Gane. This is an important heavyweight bout and could determine one of the division’s next contenders.

Bovada is offering some amazing odds on this bout. Fans seem torn on how these two heavyweights will perform. The odds are swinging heavily in the favor of one man, though.

At the moment, Jairzinho Rozenstruik comes into this bout as the +205 underdog. He is a former kickboxing champion, however, and has considerably more experience than Cyril Gane does. Many feel he’ll end up pulling off the upset here.

Cyril Gane is one of the most exciting prospects at heavyweight. There are many questions that linger about just how good he is. Despite these unanswered questions, Gane comes into this fight as the -265 favorite.

Do you want to see the McGregor vs. Poirier trilogy fight? Who do you think wins? Let us know in the comments section below! 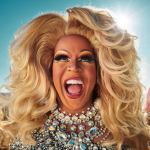 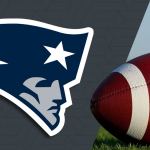