It’s fun to follow all of the action and keep tabs and all of the teams. However, staying “in the black” when firing away on an entire slate is easier said than done.

The simplest way to win money betting football online is to be choosy when making picks. Be particular about your predictions.

In other words, stick to the best football bets this weekend and you should be in good shape.

The more I study the “Bedlam” matchup – specifically what the Sooners have been up to on offense – the more I fall in love with the over. The 48-47 shootout that ensued the last time the Cowboys and Sooners clashed in Norman hints at the back-and-forth affair we can expect to see.

Focusing on the here and now, Spencer Rattler and company have scored 60+ points in back-to-back games and are firing on all cylinders.

Oklahoma should win this game at home, but expecting Lincoln Riley’s “suspect” defense to contain Chuba Hubbard and LD Brown is wishful thinking. Anticipating the OU secondary can shut down Tylan Wallace has no basis whatsoever.

Anytime I see a football line holding firm at 6.5 points, my eyebrows get raised. It’s almost as if the sportsbooks are begging you to back the favorite. While that’s exactly what the general public does, I’m a bit contrarian. If the books are trying to steer me in one way, I’m typically veering in the other direction.

In this specific example, I especially like the underdogs as one of my best football bets this weekend.

First-year offensive coordinator Mike Bobo is now the interim coach at South Carolina after Will Muschamp was fired over the weekend. Muschamp had four years remaining on his contract. His buyout from the school is $13.2 million.

Whether the South Carolina players are happy or upset about the abrupt dismissal of Will Muschamp, they’ll have plenty of motivation to play determined football on Saturday.

The Gamecocks are at home facing a Tigers squad who hasn’t played in three weeks. And don’t forget that Mizzou got blasted by Tennessee and is missing a chunk of their roster.

Don’t get it twisted and think the Patriots are suddenly fixed because they beat the Ravens on Sunday Night Football. The group in Foxborough is the same one that lost four straight games and barely fended off the lowly Jets.

New England’s offense is horribly one-dimensional and there’s nothing Josh McDaniels can do to fix it. Either Cam Newton is hurt or he forgot how to deliver a pass accurately – or perhaps it’s a bit of both. Nothing points toward Stephon Gilmore suiting up anytime soon.

On the other hand, Houston will be relentlessly pursuing a victory on Sunday.

The Texans haven’t played at NRG Stadium since October 25th and are coming off a hard-fought loss in Cleveland. On top of that, the value behind Houston +2.5 is blatant. I’m currently staring at Texans +1 at one of the best online betting sites.

Jon Gruden is going to wake up on Monday and wish he never told that bus driver in Kansas City to circle Arrowhead Stadium.

Multiple times Andy Reid mentioned the Raiders taking a victory lap around Arrowhead after they beat the Chiefs earlier this year during today’s presser. Clearly, the team took that personally.

The Raiders beat the Chiefs in KC fair and square back on October 11th, but now it’s time for Patrick Mahomes and company to return the favor.

Vegas ran all over the Broncos last week and will stroll into Allegiant Stadium with a ton of momentum. However, #15 on Kansas City is the only guy who’s going to be puffing his chest out in Vegas on Sunday evening.

Look for the reigning Super Bowl MVP to light up Sin City and take names in the process.

Don’t worry about trying to bet on a whole bunch of games. A couple of college football predictions for Saturday and a pair of NFL picks for Sunday are more than enough.

You can relax knowing your search for football’s best bets this weekend is over.

They’re staring you in the face. 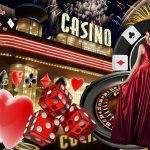 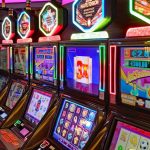