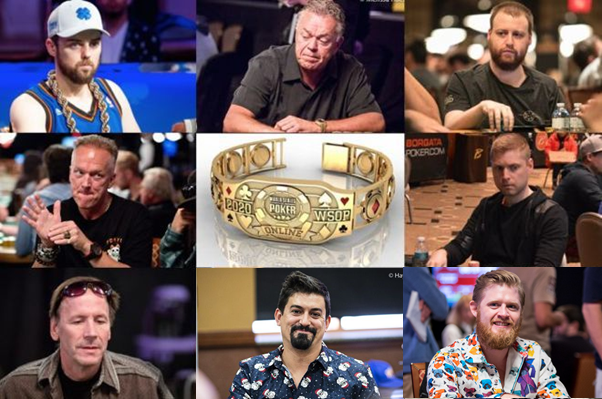 This year’s Top Stories are brought to you by Oddschecker US.

Visit OddsChecker to get instant access to the latest odds, tips and exclusive offers thanks to their all-inclusive sports-betting portal.

Whether you like football, basketball, baseball, hockey, soccer and more, OddsChecker is your one-stop-shop to get always the best odds. Check out Oddschecker US today!

To say it’s been a strange and unprecedented year on many levels would be an understatement. For the World Series of Poker (WSOP), it’s been one of adaptation. The COVID-19 pandemic quashed traditional plans for a summer WSOP festival in Las Vegas, but officials pivoted by moving things online.

From July 1 into September, 85 bracelets were awarded between WSOP.com (31 bracelets) and GGPoker (54 bracelets).

“It wouldn’t be Summer without WSOP,” Ty Stewart, executive director of the WSOP, said at the time. “While we are thrilled to be reopening our venues and optimistic about future offline events, we couldn’t be more excited about deepening our relationship with GGPoker and watching some history unfold online this summer.”

Players and fans wondered if the WSOP.com portion could hold its own given only those in Nevada and New Jersey could participate, and an action-packed month proved that they could as players traveled in from across the country to participate.

Not only were the numbers solid, but the storylines that emerged from some of the bracelet events also helped give it that “WSOP summer” feel.

Early deep runs by both Phil Hellmuth and Daniel Negreanu helped energize the fanbase right out of the gate, and from there the headlines kept on coming. Below is a look at some of the more intriguing bracelet winners (in no particular order) to emerge from the WSOP.com portion of the 2020 WSOP Online series.

Depaulo, who was literally playing from inside his car in a New Jersey Whole Foods parking lot, is a popular online poker personality, a self-described “degenerate gambler” who makes “+EV Vlogs about my -EV poker play.”

This time, Depaulo won in impressive fashion entering the final table with the chip lead and eliminating all but two competitors. It wasn’t easy though as Depaulo had to overcome Jack “EarlGrey” Salter in heads-up play. The Brit, who has $8 million in lifetime earnings, was seeking his first bracelet as well, but despite claiming the chip lead at one point, Depaulo ultimately regained it and closed it out.

Listen to Ryan Depaulo on the PN Podcast here!

The tournament attracted 496 entrants and generated a $1,507,840 prize pool, and after 14 hours of play, it was McKeehen coming out on top to win a $352,985 first-place prize and his third career gold bracelet. Anytime a former Main Event champ captures a follow-up bracelet it’s sure to capture headlines, and the East Coast pro was no exception.

The defining hand of McMillen;’s victory was captured on camera, and the celebration video resonated with fans around the world.

Iowa’s Ron “MacDaddy15” McMillen had never played online poker before, but that didn’t stop him from winning tonigh… https://t.co/W7xPULMnYT

Over the course of two days on July 9th and 10th, the poker world witnessed New Jersey’s Ryan “im.sorry” Torgersen accomplish a truly incredible feat. First, he navigated his way through a 1,026-entry field in Event #9: $1,000 NLH 6-Max only to finish runner-up to Ron “MacDaddy15” McMillen, good for $116,379 prize money.

Little was known about poker’s latest breakout star, who was awarded Performance of the Week right here on PokerNews, though PokerNews learned more when we were able to chat with the man.

Check out our profile on Ryan “Im.Sorry” Torgerson here!

Goehring is no stranger to the poker world as he has a long list of accomplishments dating back to 1997 in which he has accumulated $5,346,961 in career earnings.

Goehring had to wait 21 years before finally winning a bracelet, and that moment coming full circle was certainly one of the summer’s more memorable moments.

Since 2016, Lech separated himself from other WSOP Circuit grinders by winning five of his eight rings in different countries including St Maarten, Italy, France, Mexico, and the United States. According to The HendonMob, Lech has $1,384,826 in live tournament earnings. As for the WSOP, prior to the win, he had 79 WSOP-related cashes totaling $987,254. In less than four years, the Arkansas native has captured nine pieces of WSOP gold, including a coveted gold bracelet.

Lech’s celebration after the final hand was another viral moment from the summer action.

Forget “Hakuna Matata,” when it comes to poker “IchiiKawawa” is the motto to live by, or so believes one poker pro who struck gold this summer.

“Flyin’ Lyons”, as he’s known, has more than $1.5 million in lifetime live tournament earnings including a World Poker Tour (WPT) title when he won the 2016 WPT Legends of Poker for a career-high $615,346. That came just a couple of weeks after he won the 12th Annual Arizona State Poker Championship for $241,700. In 2018, he also won a WSOP Circuit gold ring at the Bicycle Casino.

Listen to Pat Lyons on this episode of the PN Podcast!

Little was known about Tamero at the time, but after the win, she chatted with PokerNews to shed some light on who she is. A recreational player from San Diego, Tamero took a short break from spending time with her son to travel up to Vegas with her husband just to play the Championship event. It proved a wise decision as she became the first woman to capture a bracelet over the summer.

Listen to Nahrain “2Rivers” Tamero on the PN Podcast here!

While the above players made headlines in July, there were plenty of other notable winners who made their poker dreams come true. While no player captured multiple bracelets during the WSOP.com portion of the schedule, a couple did come close. Both Ryan “im.sorry” Torgersen and William “SlaweelRyam” Romaine captured bracelets and also had runner-up finishes.

Here’s a look at all those who captured summer bracelets on WSOP.com:

Oddschecker US is 100% free to use. Get the latest odds from some of the most trusted brands in the industry, with promotions and betting tips to help you pick winners! 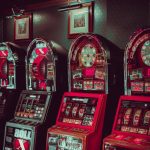 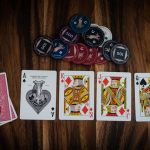