This year’s Top Stories are brought to you by Oddschecker US.

Visit OddsChecker to get instant access to the latest odds, tips and exclusive offers thanks to their all-inclusive sports-betting portal.

Whether you like football, basketball, baseball, hockey, soccer and more, OddsChecker is your one-stop-shop to get always the best odds. Check out Oddschecker US today!

Maybe Phil Galfond had bitten off more than he could chew.

In late 2019, he’d joked about being a “washed-up ex-pro” challenging the world’s pot-limit Omaha “superstars” to high-stakes heads-up battles, but he likely never imagined being in the hole he found himself.

Mystery online pro “Venividi1993” had been among the first to accept his offer, and he’d been the first to be dealt a hand opposite the long-time nosebleed legend. Excitement for the match had been high, with hundreds of fans hopping on Twitch to watch the livestreamed sessions, even with hole cards hidden. The prospect of a high-stakes heads-up battle the likes of which the poker world had rarely seen was theater enough.

By Feb. 9, the mood for most of the poker community, and certainly for Galfond himself, had darkened considerably.

Considering the odds before the match had pegged Galfond as having about the same chance as ace-king offsuit against pocket queens, it would be fair to call the run of results stunning. But if Galfond’s fans and backers were stunned, that didn’t compare to the emotional toll on the man himself, who admitted to feeling hopeless and depressed, unable to play even his B-game.

On Feb. 11, Galfond forced himself to come grips with reality: he needed to take a break — paying the requisite daily penalties for missed sessions — and he’d perhaps need to give up entirely. It would be the least auspicious start possible to his series of challenges, but what choice did he have?

Dusting Off the Old Mouse and Keyboard

When Galfond initially issued his heads-up challenge, he said prospective opponents flew out of the virtual woodwork, lining up to oppose him.

“One day since I posted and I have 11 challengers and counting,” he reported. “Blown away by the response.”

This was Phil Galfond. One of the most accomplished players in the history of cash game poker. Owner of a tracked $8 million in profit between 2007 and 2016 alone. Participant in the biggest games the poker world had ever seen, trading blinds at $500/$1,000 stakes with Patrik Antonius and Phil Ivey in the glory days. Possibly the most highly respected coach in the poker world, having taught the next generation of crushers on his training site, Run It Once.

So, why were so many so eager to play him?

Well, for one, he offered generous odds. Initially, he said any coach for a competing training site could get 3-to-1 odds on a side bet, but when high-stakes pros were the only ones filling his inbox, he upped that offer to 5-to-1.

For another, while Galfond still made the occasional appearance in high-stakes games on PokerStars, his days a high-volume online crusher were well in the rearview.

“Six to eight years ago, very few, maybe only [Ben Sulsky], wanted to play me heads up”

Poker theory had come a long way since the halcyon days of 2009, when Galfond’s legendary battles had gone down. Many a misty-eyed fan would be loathe to admit it, but the fact was that grinders at a fraction of the stakes were now playing at a higher level than those blasting for six-figure pots in the old Full Tilt ecosystem.

And it seemed plenty of players were licking their chops for the chance to make their names and a small fortune against a living legend.

“I wasn’t anticipating having this many takers,” he admitted about a month after the issuance. “Six to eight years ago, very few, maybe only [Ben Sulsky], wanted to play me heads up.”

As for why Galfond would put it all on the line, his goals were at least three-fold.

First, he wanted to promote his budding real-money poker site, Run It Once Poker. As a start-up in a very, very mature market, it was struggling to gain market share despite generous promotions like 51% base rakeback with the potential for more. The ability to play high-profile matches on the site would serve to help promote it and show-off the unique software.

Second, he’d also get the chance to showcase his skills for prospective students who might sign on to RIO Training. He could, as he put it, show he was still a good person to learn from.

Finally, and perhaps most importantly, he’d get a chance to prove something to himself: that he could still compete with, and defeat, the some of the toughest players in the world at some of the highest stakes on the planet.

“I’m eager to see if I can still compete at a very, very high level,” he said.

An Unlikely Outcome — and a Reversal

If Galfond hoped to prove he remained among the elites, the first two weeks of play disabused him of that notion in the swiftest, most violent fashion imaginable. The early results against Venividi1993 bordered on comical when one considered Galfond had laid 2-to-1 odds on their side bet.

So thoroughly had Galfond been beaten that the results were hardly even in the realm of possibility. Even if Galfond’s true loss rate was 5 bb/100 — a fairly hefty number between two high-stakes professionals considered closely matched at the outset — his results had fallen outside the 95th percentile of likelihood, according to one variance calculator. In fact, the chances of seeing worse results were pegged at just 2.27%.

After taking a little more than two weeks to clear his head, Galfond announced he’d be returning with a single, succinct message.

The two resumed action March 4, and another month of dominating poker followed. Only this time, Galfond did the dominating. Across 19 sessions, Galfond booked 14 wins, with the average size of those wins being almost €79,000. What was once a €900K deficit had been reduced to just two buy-ins, about €40,000.

The Talk of the Poker Town

Excitement among the community mounted. Audiences built and thousands began showing up to watch the action.

One of those following the matches was Martin “Moonlightmaster” Frauendorfer. An active member of the Twitch chats who said he has watched 99% of the Galfond Challenge hands live, Frauendorfer finds the action “fun and exciting.”

“Sitting in chat, railing some of the sickest high stakes action with — optimally — thousands of other people watching while listening to commentary is just great!” he says.

However, he realized not everyone could be so glued to the screen. Drawing on his days as an esports superfan who posted highlight tapes from streams that sometimes got over 1 million views, Frauendorfer began producing easy-to-digest highlight clips that distilled five-hour streams into 20 or so minutes.

“Highlights are a great way to keep up with the challenge,” he says. “They enable people to stay engaged while being able to skip a few broadcasts here or there. The response was overwhelmingly positive. My YouTube channel gained so much attention and an incredible amount of positive reactions.”

A bit of a perfect storm was occurring. Not only was an epic comeback underway in a high-profile, high-stakes poker match, but everyone was cooped up inside with COVID-19 lockdowns in effect the world over.

So, all eyes were on the Galfond Challenge as the April 6 session got underway.

The momentum kept rolling for Galfond, much to the delight of the viewers and the decidedly partisan commentators, who didn’t try to hide their excitement when Galfond moved into an improbable lead that day, winning another $121K to go up $81K overall.

It seemed inevitable he’d complete the comeback, but the drama was far from over. Venividi1993, whose Twitter bio says he’s been “handling swings for 10+ years,” did just that, retaking the lead down the stretch and just barely hanging onto it through the penultimate session.

What followed was the closest thing poker can produce to must-see TV, edge-of-your-seat viewing, and any other excitement-exuding cliche one could conjure. As the hands slowly ticked away, the players remained locked in a struggle for every big blind. A single big pot at any moment could give either player an insurmountable lead, allowing them to fold away to victory.

The deciding pot occurred with 85 hands left, when Galfond, betting with a flush against what was later revealed to be a turned full house, nailed his own full house on the river and got a pot-sized bet paid off.

A veteran of some of the biggest cash games in both live and online history and multiple World Series of Poker bracelet wins admitted he’d never experienced anything quite like it.

“It resembled the feelings of a WSOP final table and victory, which I’ve been fortunate enough to have experienced, but those tournaments last a few days,” he says now. “This was the culmination of a match that spanned months and saw me down 45 buyins at one point. I don’t think I’ll ever experience a poker moment like that again, although I hope I’m wrong!”

Confidence restored and skills sufficiently caught up the modern elites, Galfond found his stride over the course of the rest of 2020.

He cruised to a drama-free win over another online superstar, Ioannis “ActionFreak” Kontonatsios. He won mini one-day challenges against Dan “Jungleman” Cates and another online cash boss, “AmSoGood” on PokerStars. He raced out to a $90K lead in the now-dormant match against Bill Perkins.

Finally, at the time of writing, he had erased another deficit, this time $350,000, against fellow top American Chance Kornuth to open up his own six-figure lead.

That means if he can hold off Kornuth, Galfond will have swept his challenge matches so far. Now, tough foes like Cates — in a proper-length match — and Brandon Adams remain, but Galfond has certainly checked off his goal of re-establishing himself as one of the top players in the world.

“It has been a lot tougher than I expected it to be in terms of how all-consuming challenges can be and in terms of the time it takes to play them, but I am loving being back in the ring after all of that time off,” he says. “I really missed playing competitively.”

Galfond maintains he’s glad he undertook the Challenges, despite them taking up his entire 2020 and then some. His original goal of having them done by mid-year now looks ludicrously optimistic, but he had no way of knowing he’d be slowed by a global pandemic, among other things.

One thing said pandemic did put a damper on was his ability to use the matches as a platform to promote Run It Once Poker. The fledgling site being inaccessible to U.S. players and the travel restrictions borne of COVID-19 forced Galfond and Kornuth to stage their match on WSOP.com.

Galfond hopes 2021 will see things clear up enough for him to get back on track for that particular goal.

In the meantime, he’s managed to juggle fatherhood and family life, running two businesses, and defeating some of the strongest PLO players in the world. Any one of those demands focus and effort enough, so tackling all three successfully counts as a major win in Galfond’s eyes.

“I doubted whether I’d ever play poker at a very high level again or if I’d given up on that level of competition for good,” he says. “It makes me very happy to have proven to myself that I can still do it.

Oddschecker US is 100% free to use. Get the latest odds from some of the most trusted brands in the industry, with promotions and betting tips to help you pick winners!

Top Stories of 2020, #3: The Galfond Challenge originally appeared on PokerNews.com 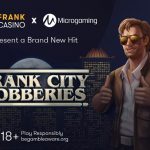 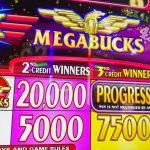