The Los Angeles Clippers have filled up their coaching vacancy internally.

After Doc Rivers quit as their head coach, the Clippers coaching search led then to interviews with the likes of Mike Brown, Darvin Ham, Wes Unself Jr., and Sam Cassell. In the end, the team filled the void from within.

Former Cleveland Cavaliers head coach Tyronn Lue, who was Doc Rivers’ assistant with the Clippers last season, has been promoted as the team’s new head coach. Lue signed a five-year deal reportedly worth $35M on Thursday.

Ty Lue’s Contract Believed To Be Worth $35M Over Five Seasons https://t.co/ghIN2ynhwA

In picking Lue, the Clippers are hoping that his championship experience and playoff success would rub off with the team. Lue also reportedly had the backing of key Clippers players. Aside from Lue, the Clippers are also keen on hiring Chauncey Billups as lead assistant coach. Former NBA head coach Larry Drew will also be a pat of Lue’s coaching coaching staff.

Lue Had Many Offers

Even before the season ended, Lue was already tipped to fill in one of the vacant head coaching jobs in the league. Just last Tuesday, Lue was rumored to be heading to Houston to coach the Rockets after a fruitful meeting with the Rockets ownership and team management.

Lue and Lakers assistant coach Jason Kidd were also touted to be the favorites to replace Alvin Gentry in New Orleans. He was also on the shortlist to become the next head coach of the Philadelphia 76ers after Brett Brown was fired. Last March, there were reports that Kyrie Irving wanted Lue to be Kenny Atkinson’s replacement. Lue coached Irving when the latter played for Cleveland.

There was no doubt that Lue would become a head coach again next season, the only question was where. He was a man who had plenty of options and ultimately, he chose the Clippers. It could have been the logical choice because he spent the previous season with the team but there is no denying that he also picked the most volatile job in the market.

Interestingly, Lue was in the running for the other Los Angeles coaching job a year ago. That job was enticing. Lue is a former Lakers who won two titles with the Purple and Gold and he would’ve had a chance to win another chip there with LeBron James. He eventually turned the job down because he felt the money and contract length weren’t good enough. The Lakers ended up hiring Frank Vogel.

Lue took a backseat and worked as an assistant to Doc Rivers last season. He was on the bench when the Clippers turned from favorites to failures as the team blew a 3-1 series lead in the second round of the playoffs to the Denver Nuggets. He also watched Vogel and LeBron James win the NBA title over the Miami Heat earlier this week.

Rivers quit his job after the Clippers’ recent failures. Lue was offered the promotion and he took it which is interesting because he picked the tougher Los Angeles job. The Clippers are in a win or bust season with Kawhi Leonad and Paul George both eligible to become free agents after the next season. There is no room for Lue to commit an error on that side of Los Angeles.

Like the previous offseason, the Clippers are one of the early betting favorites to win the 2021 NBA title. They are currently second in the Bet365 oddsboard at +450, sitting next to their cross-town rivals and reigning NBA champions Los Angeles Lakers who are currently pegged at+333.

There is no question that the Clippers have one of the best 1-2 duos in the league in Kawhi Leonard and Paul George. However, current NBA Sixth Man of the Year Montrezl Harrell is a free agent along with Marcus Morris, Reggie Jackson, and Patrick Patterson. It will be interesting to see how the Clippers supporting cast will look like next season.

The Clippers were 49-23 last season, the fourth best campaign in team history. They finished with the second best record in the West, behind the Lakers. But as in the previous years, the 2019-20 season ended in failure. It will be up to Lue to pick up the pieces and glue the team together. With who’s involved and what’s at stake, the job is tougher than you can imagine. 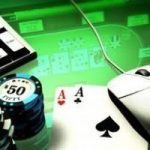 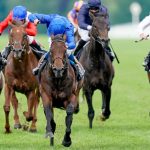