Uriah Hall’s next bout has been given a new billing that is fit for his nickname: Primetime

After being originally booked to fight Sean Strickland at UFC 265, the pair has been re-booked to face each other one week later, as the main event of the July 31 UFC Fight Night event.

UFC 265 will be headlined by the women’s bantamweight title fight between double-champion Amanda Nunes and Juliana Pena. Meanwhile, the UFC’s July 31st event still has no final venue although it is expected to take place at the UFC’s APEX Facility in Las Vegas, Nevada.

Those inside the arena erupted in shock and horror after Chris Weidman suffered a horrific leg break during his UFC 261 clash with Uriah Hall. https://t.co/boRIjdlgKp

Hall is coming off a UFC 261 bout with Chris Weidman which ended prematurely after Weidman suffered a horrific leg injury while throwing his first kick of the fight. The bout was ruled as a TKO win for Hall and he became the first fighter in the UFC to win a bout without throwing a single strike The victory was also his fourth consecutive triumph inside the UFC Octagon.

Prior to his current winning streak, Hall lost four out of five bouts, including knockout defeats to Derek Brunson, Gegard Mousasi, and Paulo Costa. But since losing to Costa, he has won four in a row, including knockout wins over former middleweight champions Anderson Silva and Weidman.

The former Ring of Combat middleweight champion and runner-up at The Ultimate Fighter 17 tournament is currently the 8th best middleweight in the UFC rankings. He has an overall record of 17-9 with 13 knockouts and one submission victory.

Finding his Form in the Middleweight Division

Like Uriah Hall, Sean Strickland has won four straight bouts. The 30-year old Strickland is coming off a unanimous decision win over Krzysztof Jotko last May 1st. Known as Tarzan, Strickland owns a professional MMA record of 23-3 with 10 knockouts and four submission victories.

Strickland is currently ranked 11th in the official UFC middleweight rankings. He is a former King of the Cage middleweight champion who made five successful title defenses before joining the UFC in 2014. Tarzan is 10-3 inside the UFC octagon and will be looking to crack the Top 10 in the rankings with a win over the 8th seeded Hall.

Strickland’s career nearly ended three years ago when he figured in a motorcycle accident. Following a long absence from the fight game the 30-year old Strickland hs been finding his form in the UFC’s middleweight division. He is currently listed as the -143 betting favorite to beat Hall who is pegged as the +105 underdog at the BetOnline App. 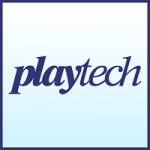 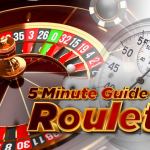