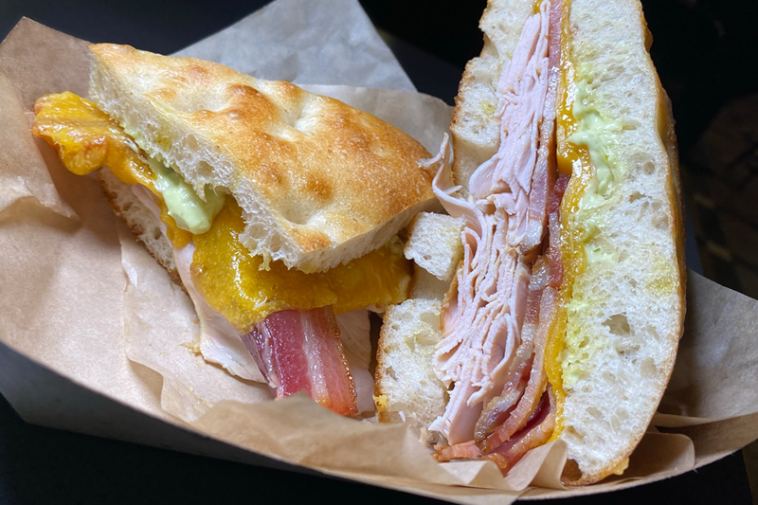 A new sandwich shop has opened at the off-Strip Ellis Island, Via Focaccia, so we had to check it out.

On our LinkedIn page, under “Job Description,” we put “We check out Las Vegas things.” Along with, “We make 69 jokes.” But mostly we check things out for you. You’re welcome.

Anyhoo, we are pleased and relieved to report the sandwiches at Via Focaccia are excellent. The footprint is piccolo, but the value is grande.

Perhaps unsurprisingly, the sandwiches at Via Focaccia all feature focaccia. It’s right there in the name of the place. Admit it, you went to public school, didn’t you? If you’re sensitive to cigarette smoke, good luck with that.

The Via Focaccia menu is as petite as the venue itself.

Beyond the seven kinds of sandwiches, there are two salads, as well as Arancini Siciliani (fried pasta balls) and Patate Alla Romana (French fries).

The menu also has doughnuts and pastries from Carl’s Donuts for some reason.

That’s about it, other than a few beverages. (It’s worth noting a soft drink is just $2. No price gouging allowed at Ellis Island.) A menu so concise, you can memorize it without a mnemonic device.

All the sandwiches are in the $10-12 range, and the ingredients are fresh and flavorful. Nothing fancy in the presentation, just a solid sandwich for those anxious to get back to their favorite slot machine. If the display items look this tasty, imagine the ones made-to-order. No so much that you’ll need a to-go bag, but not so little you’ll ask to speak to a manager. Just right.

The fries were really good, as they’re tossed in rosemary, garlic and parmesan, but we really wish we’d been able to get our hands on some ketchup. Not available, but we trust Via Focaccia will get some as more customers with the drunchies request it. Great on their own, better with the pesto aoli, best with ketchup (probably).

The biggest surprise at Via Focaccia is the Arancini Siciliani balls. And not just because we’ll find any excuse to use the word “balls” in our stories. It’s like a visit to Italy, but without all the butt-pinching.

These are described as “crispy pasta balls with Salumi Ragu center.” We have no idea what that’s all about, but they’re delicious.

We cut them open for you to get a better look. It’s like a Trojan horse of happiness. And possibly a dozen or so carbs. Just go fot it, you’re in Vegas.

Arancini are “a staple of Sicilian cuisine,” so presumably you can use them to hold stacks of paper together. We recommend you eat them instead.

“Arancini” is derived from the Sicilian word “aranciu,” which means “little oranges,” which refers to the shape and color of these flavor delivery devices. Bonus: Just $4. Via Focaccia’s pick-up window is both useless and adorable.

Via Focaccia is a great addition to the dining options at Ellis Island. While we aren’t a huge fan of the cafe, we love the Ellis Island BBQ restaurant and Front Yard restaurant (try the pizza). Metro Pizza, next to Via Focaccia, is pretty good as well.

If you’re an Ellis Island fan (if you aren’t, you’re missing out), check out Via Focaccia, including its succulent sandwiches and impressive balls.

We’re not growing up, you grow up.

Via Focaccia Opens at Ellis Island, Here’s a Taste originally appeared on VitalVegas.com 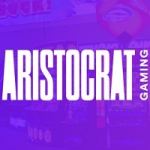