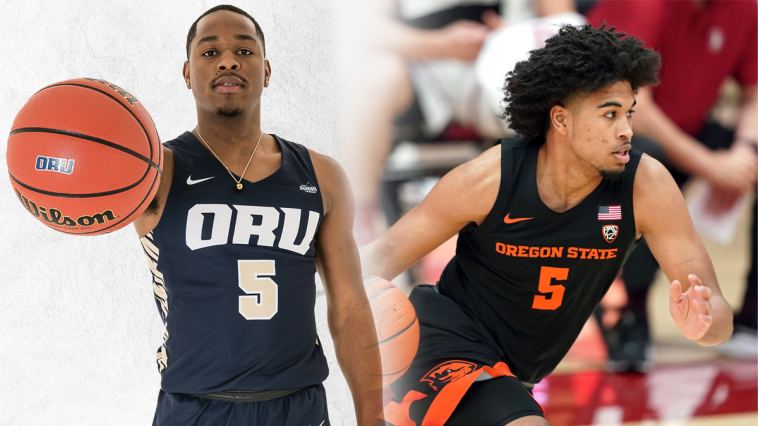 Bracket busted? Did you lose several bets you otherwise would have won during the 2021 version of the NCAA Division I Men’s Basketball Tournament, better known as March Madness?

If you did, I have good news: You weren’t the only one who suffered through one of the strangest NCAA Division I tournaments in recent memory. And if you lost most of your bets or if the Oral Roberts Golden Eagles busted your bracket on Day One, odds are you’re looking for a better strategy for 2022.

And today’s post will cover a few strategies that you can take with you into March Madness betting sites next season. While the following strategies won’t guarantee a win by any means, or an elusive perfect bracket, they may increase your odds of contending. Let’s discover what these strategies are.

Okay, so if a high seed is playing a lower seed, check out the strength of schedule before you place a bet or select an outcome. For example, say a team like Oral Roberts fared well against schools from major conferences and finished the season 2-2 against them. Odds are, the mid-major can pull an upset.

Especially if the high-seeded team posted a .500 record against schools from major conferences and won games they should have won. For example, against weaker schools in their own conference and weaker non-conference opponents who never fared well against major competition.

By looking at a school’s recent history, notably their strength of schedule, you will find a few caveats that you can use to your advantage, and perhaps predict an upset that no one else will see coming.

Use Historical Data to Guide You

We often hear of the 12th seed often upsetting the 5th seed, and this season was no different. Oregon State did so, and at the time of this writing, they find themselves in the Elite 8. You can say the same for the 6th versus 11th seed, where UCLA is still going strong.

Before you bet or predict your next tournament, conduct research on seeds that posted the highest number of upsets over the past 5 to 10 seasons. While it involves guesswork, look for patterns.

What did the #12 seeds who upset the #5 seeds 4 seasons ago have in common with those who did so in 2019 and 2021? Take notes, and odds are, you will draw more than a fair number of conclusions.

While 2021 is the Year of the Underdog, you should also note that three #1-seeded teams stuck it out to the Elite 8. It proves even in a season where the underdog has made several shocking strides over their foes, that #1-seeded teams continue to dominate the NCAA Tournament.

The best thing you can do is continue to bet that the #1-seeded teams will most likely survive into the Elite 8, and often (but not always) 2, or at least 1, will make it to the Final Four. It’s always best to stick with the top-seeded teams throughout, and while you won’t have a perfect bracket, it will contend.

Ditto with placing bets against the spread. You will at least have put yourself in the best position if you continue to bet on the top-seeded teams. They often won’t disappoint you, and chances are you will walk away with something as opposed to suffering a loss.

Remember that Major Upsets are Rare

Okay, so Oral Roberts is a sheer outlier, having come within a missed 3-pointer at the buzzer from becoming the first 15th-seeded team to appear in the Elite 8. However, we must also realize that teams seeded 13th or lower rarely make noise in the tournament.

And while upsets occur, just pick the clear favorite from a probability standpoint. It’s far too much of a risk to believe those seeded 13th through 16th will upset anyone. And if they do, you’re almost always seeing it happen just once or twice. It’s not worth outsmarting yourself over.

So yeah, you will see another team pull an Oral Roberts in the future. That’s a given. But we don’t know who, nor should we contemplate on who this team is every time the tournament rolls around. Instead, just remember the rarity of upsets and make the sensible if not the popular decision.

This one goes out on a limb, but if you’re into basketball so much that you can talk strategy, it’s best to judge teams by their playing style. This way, if you see an upset coming and if you are bent on picking at least one 13th-seeded team or lower to advance, this strategy will help.

Note that this isn’t a smart strategy if you don’t know your stuff. However, say the clear-cut favorite has won most of their games when opponents play a slow-paced game. However, they’ve posted a sub .500-record when they played teams using a medium or fast-paced approach.

This should tell you a lot.

Now, the #3 seed playing #14 is in trouble. Especially if #14 excels against team playing a slow-paced game that #3 is so used to.

While this seems contradictory in conjunction with what I’ve written above, this strategy is only good if you possess an advanced understanding in the game of basketball. So just stick to picking the clear favorite from a probability standpoint if you or those near you don’t possess such knowledge.

Or, if you have time to dissect each team’s style of play, it’s also a decent approach to take on. So try it if you have the available tools. But again, don’t go crazy trying to figure out the next major upset and go with the clear favorites if you don’t have such resources.

No One Can Accurately Predict March Madness

Perhaps the Virginia Cavaliers can tell us this. Think back to 2018, when the UMBC Retrievers pulled off not just an upset; but a thrashing of the top-seeded Cavaliers. In 2019, Virginia won the National Championship. In 2021, the Ohio Bobcats of the MAC upset the Cavaliers.

It should tell you that ultimately, no one can accurately predict a tournament, and that you will never win every single bet out there.

While the tools given to you in the above sections may increase your odds of finding an upset or, if you bet conservatively, allow you to pick clear-cut favorites, you can never tell who is going to win on any given day. UMBC won’t be the last 16th-seeded team to beat a top-seeded opponent. But as mentioned a few sections above: How often do 16th-seeded teams beat the #1 seed?

But remember, no one can accurately predict March Madness. And again, it’s best to not make any rash predictions unless you can truly dissect the teams and their opponents.

Almost always, you will see teams seeded #1 through #3 in the Elite 8 and Final 4. This section relates to another above section, and even in the Year of the Underdog, we still have 3 top-seeded teams along with #2-seeded Houston.

Odds are, you will end up seeing at least three-quarters of these top seeds playing in the Final 4. Every now and again, a lower seed sneaks through, but again, it’s rare.

And it’s what this section is all about.

In fact, you must go back to 2013 for the last time those seeded under #1 through #3 made the Final 4, when 2 teams seeded at #4 and one at #9 made it. That year, the top-seeded Louisville Cardinals won the tournament.

That said, those in the top 3 seeds still dominate the NCAA tournament.

Yes, it’s the Year of the Underdog in 2021, but it’s a bit of an overstatement when you really look at things. Odds are, you will still see teams from the top 3 seeds and perhaps just one underdog bet in the Final 4.

And recent history shows that your #1 and the occasional #2 or #3-seeded team will always win the NCAA Tournament, regardless of how many upsets occur. In fact, you’d have to go back to 1997 for a team other than the 7th-seeded UConn Huskies to find another team below the #3 seed winning it all.

What strategies do you use in March Madness, either when predicting a bracket or betting on games? Let us know about them in the comments.

What Can You Learn From 2021 March Madness Upsets? originally appeared on LegitGamblingSites.com 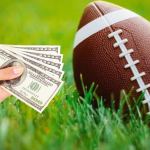 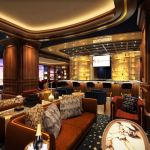