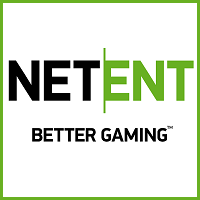 The reputation of Gonzo’s Quest amongst video slot players has kept this game title essential at online casino sites since it was released in 2013. There have been numerous follow-up games with Gonzo and re-releases of the classic with new and exciting mechanics in play. Let’s follow the Spanish conquistador on his original quest for gold in the classic Gonzo’s Quest slot.

The play table here is set as part of a crumbling stone wall deep in the jungle of South America; on either side of the grid, the payline numbers are shown in small hexagons. Behind the grid, players can see the bright, cloudy sky and the thick foliage of the jungle above and below the grid. Gonzo is standing to the reels’ right, watching over play in classic armor.

All play features are displayed on a chiselled stone menu across the bottom of the screen with various light green buttons used for play. In the far-left corner, an information logo is displayed, which players can use to find more information about Gonzo’s Quest before and during play. Players can spin the reels in the center of this menu, introducing new symbols to play using the large, circular button. On either side of the spin button, players can edit the coin and number of coins per pay line using the relevant + and – buttons before each spin.

On top of all this, Gonzo’s Quest is compatible with various devices. You can enjoy this fan favorite whenever and wherever you want due to the number of devices you can play on, including phones, tablets, computers and laptops. It means you can explore the jungles of South America as long as you have one of these devices and a stable internet connection.

What are Gonzo’s Quest’s Symbols and Features?

The main game symbols in Gonzo’s Quest are made of stone mask carvings in various colors. The animal stone face has the lowest value, with up to 5x the stake returns available for five across a payline. The prize payouts increase by double or more each time with different colors. The top base game payout will provide up to 125x the stake, but bonus features can increase this return.

There are also bonus symbols in play here; a Wild ‘?’ symbol and a golden mask Free Fall symbol can also appear across the grid during play.

Gonzo’s Quest uses a cascading reel feature in which all winning symbols are removed from the grid and replaced with new ones at random from above. It gives players the chance to land new symbols across the payline and potentially win more without paying. There is a multiplier meter positioned in the top-right corner of the screen, including 1x, 2x, 3x and 5x, with the active multiplier increasing after each consecutive cascading win.

A Free Falls feature in play here provides the opportunity to land winning payouts free. This is triggered when three or more Free Fall symbols land in a single spin with between 10 and 20 Free Falls available. There is the chance to re-trigger more Free Falls by landing three more symbols during this feature. Multipliers are in play during the Free Falls up to 15x the stake that can help players land the biggest payouts on offer.

What is the RTP on Gonzo’s Quest?

When selecting a slot game, one of the things you should always consider and research before choosing a slot should be the RTP, also known as the return to player. In simplest terms, this means the percentage of money staked by the player is returned to players as winnings during slot game play. This can differ from game to game, with Gonzo’s Quest boasting a 95.97% RTP. This may sound high, and in fairness, it still is; however, this is slightly below other slot games, although I’m sure this can be excused due to the exciting game play this slot offers. Delving deeper into Gonzo’s Quest’s RTP, 65.3% will be returned during the game’s base game play, with the remaining 30.7% returned due to the Free Fall feature.

In addition to all this, the hit rate should also be a considered aspect when choosing a slot game. For Gonzo’s Quest specifically, you could expect a win 41% of the time during base game play, which increased to 54% during the Free Falls feature.

What is the Max Win on Gonzo’s Quest?With the Avalanche Reels feature present throughout Gonzo’s Quests base game play and the wide selection of totem stone symbols able to fall upon landing each successful combination, this could lead to the potential of 2500x payouts on top of your original stake. Combine this with the maximum 15x multiplier during the free spins; this could potentially result in a payout of 37,500x your original stake should you hit all the essential requirements for this maximum win!

It is clear why the Gonzo slots theme has remained so popular since this initial release. NetEnt has included an exciting setting with great visual features and brilliant mechanics that are sure to have players looking forward to future releases that include Gonzo!

What makes Gonzo’s Quest so Popular? originally appeared on ThisWeekInGambling.com 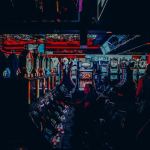 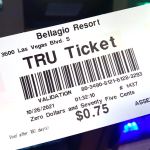