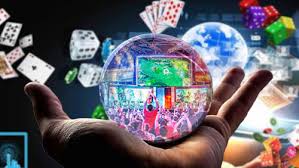 The art of playing competitive video games for a professional living, known as ‘Esports’ as its industry term, is now one of the fastest growing forms of entertainment in the world. It transcends borders and nations, attracts millions upon millions of fans, and is set to break past the $1 billion estimated worth mark thanks to an influx of investment through sponsorships and partnerships with huge multinational companies.

Here are some of the leading light organizations playing in the biggest games in the industry.

CS:GO has arguably the most stacked and demanding competitive calendar out of any Esport, and that has shown over the course of 2020 with several pros complaining about burnout, taking extended breaks from the game and introducing six man rosters and in-game substitutions for the very first time.

And no side was hit harder by the turbulence of 2020 more than Astralis, the best CS:GO side the world has ever produced. The Danish org have won four Major Championships over the years, including three in a row, as well as countless other tournaments that have crowned the five man core of Device, Dupreeh, Glave, Xy9x and Magisk as the highest earning pros in the game’s history.

Despite all the turbulence to their team this year, Astralis are still primed to end 2020 as the world’s finest CS:GO scene and one of the leading innovators in professional video games.

There isn’t a prize more prestigious in the world of League of Legends than the annual Worlds event, and the winner of such a high profile tournament normally finds themselves atop the world rankings soon enough.

That’s certainly the case for South Korean org Damwon Gaming, who defied the pre-tournament LoL odds in most Esports betting markets to snatch victory in this year’s event. The $550,000 or so they won from the 2020 World Championship took their approximate winnings from events up to $865,00 in total, further cementing their status as the newcomers to the top table of professional League of Legends.

GosuGamers have kept EU side Team Secret at the top of the table for another month on the back of a successful November for the side. The side managed to round out the month of November with a winning record of 71% across seven matches played, and are currently on a winning streak of three matches in the First DIvision of EPIC League Season 2 against Nigma and Team Liquid, two fellow EU sides ranked in the top five for the region.

The side have netted an estimated total amount of prize money around the $11 million mark, but their finish of just 4th at The International 2019 last year showcases just how much this org has grown over the course of 2020.

Team BDS didn’t even exist in their current lineup until February 2020 thanks to the company’s acquiring of the former ARG roster, but they look set to round out the year as Rocket League’s best ranked side. With an average age of just 19 years between them, they’re one of the most volatile sides ranked in the top ten in the world right now, capable of some extraordinary highs but also some baffling lows at times.

The Rocket League scene is generally one of the most hyper-volatile one in the world of Esports however, with the likes of Spacestation Gaming, NRG, Renault Vitality, FC Barcelona, Top Blokes and G2 Esports all hot on BDS’ tail, as well as ambitious new arrivals such as the David Beckham-backed Guild Esports.

It’ll be interesting to see how BDS get on in 2021 with the planned return of bigger LAN events on the cards.

Who Are The Best Teams In The World’s Biggest Esports Games? originally appeared on GamerLimit.com 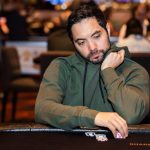 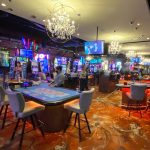