The world always should know its heroes and heroines. However, when it comes to esports, some people believe it is not as professional as traditional sport disciplines and skip getting a deeper insight into the field. So many men, so many minds, but this universe offers a lot of entertainment and excitement to its fans and isn’t less captivating than industries with longer stories of success.

More than that, it is definitely not worth neglecting teams and particular players who represent their nations in global leagues and tournaments. In the case of Canada esports, there have been already been a few generations of gamers with their own prominency and performance value. Stay tuned to see which personalities are still mind-blowing and reigning.

It takes fast strategic and analytical thinking for a gamer to really stand out, and Russel is just a perfect sample of how these traits are realized within one person. More known as Twistzz in the professional arena, he is one of the reigning powers in Counter:Strike: Global Offensive.

The player’s style is famous for passionate behavior accompanied by astonishing maneuvers. According to his own words, he would prefer to practice his skills instead of going sightseeing. As a result, this representative of the new CS:GO generation is already believed to be one of the best players, though being just twenty years old.

His experience has already helped novice players to investigate maps faster and more efficiently. So if you are struggling to participate in CSGO skin bets and win, just take into account the strategies of this future esports legend.

For those who can’t imagine their daily entertainment without Dota 2, EternaLEnvy is worth following. This personality is pretty controversial. Even though the guy’s career knows ups and downs (the player was banned to participate in standard competitive matchmaking recently), his stage performance hasn’t worsened. So far, Jacky Mao is one of the brightest stars in the Dota 2 sky.

According to his own words, the type of play that is most preferable is to stay on the safe side. Why choose tricky ways to victory when there are simpler paths? At the same time, this individual isn’t afraid of hard decisions and shows off quick thinking.

Currently participating in Team Liquid, NAF is another young hero of the Counter-Strike: Global Offensive universe. He has been included in the top 10 best players by HLTV multiple times. With a rating of 1.09, the total number of kills exceeds twenty-seven thousand. This gamer has already participated in over thirty-five rounds, so it would troublesome for him not to develop his skills and stay an average player.

As evidence shows, Counter-Strike is one of the bestseller games in Canada. So there are much more personalities who lead the fight: overall, there are nineteen squads in the region. What is more important, they win a lot, having already received almost one million and a half dollars as a reward. It sounds amazing, doesn’t it?

Let’s grab more attention to other esports disciplines in the local industry. Well, Fortnite may lose to Overwatch, Call of Duty, and League of Legends in terms of popularity here, but there are still enough masters to prove that Canadian gamers are capable of winning literally everywhere and in everything.

The case of Hayden Krueger is even more impressive — this individual managed to hit the jackpot prize tool at the age of seventeen, winning around two and four thousand million dollars. That is a genuine sample of how efforts and desire to achieve goals help people succeed. In the player’s own words, traditional jobs weren’t for him, so he changed the perspective.

Work hard, play hard — it seems every e-sportsman listed in this so-called ranking uses this as a motto. Their paths are unique, but there are several things uniting them. Not only are they from the same country, but also these players do their best to battle and win, keeping on self-developing. All of them are representatives of the new gaming generation, though in different esports disciplines. What is fascinating, they have managed to succeed and become famous around the world in a short period of time.

Who Are the Most Talented Athletes in Canadian Esports? originally appeared on GamerLimit.com 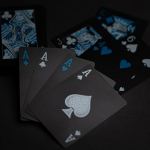 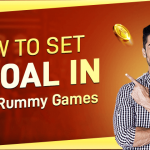