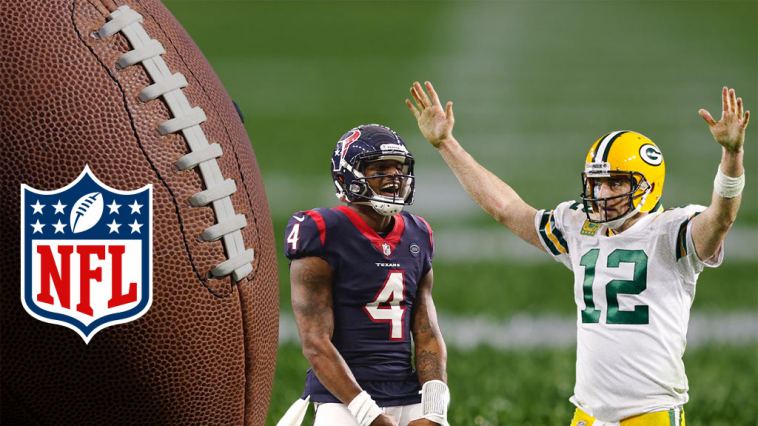 The NFL season has concluded, and Tom Brady once again displayed how important having the right person under-center can be to a team’s success.

Brady left the Patriots for Tampa Bay and led the Buccaneers to a Super Bowl victory over the Kansas City Chiefs.

Things have already begun to be shaken up with the L.A. Rams announcing a blockbuster trade involving several first-round picks and starting quarterbacks for each team, Jared Goff and Matthew Stafford. What impact will that trade have on the rest of the league?

Here are 6 NFL quarterbacks that may have a new home in 2021.

Deshaun Watson had a career year in his 4th season with the Houston Texans. Watson threw 33 touchdown passes to only 7 interceptions.

The Texans certainly had high hopes for Watson and looked to be the face of the franchise for years to come. Watson absolutely has all of the tools required to be a franchise Q.B.

He has a cannon of an arm, is mobile, reads defenses well, and seems to possess a ton of leadership qualities.

However, all is not well in Houston, and Watson has flat out demanded a trade. Watson has bumped heads with the Texans’ front office for the past couple of years, and it seems that friction has broken the bond.

The question seems to be more of a “where” than an “if” at this point.

Deshaun Watson officially has requested a trade from the Houston Texans, per league sources. He actually did it weeks ago. Their new head-coaching hire, David Culley, has not and will not alter Watson’s thinking.

The Jets, Dolphins, Cowboys, and Patriots have all been bounced around as possibilities. I can’t see New England as a viable choice; they don’t have the necessary talent to execute a fair trade.

I wouldn’t be surprised to see Watson in the NFC East at the start of the 2021 season. The Cowboys appear to be highly skeptical of Dak Prescott, and we all know that Jerry Jones loves a hot name.

Russell Wilson has taken the Seattle Seahawks from NFL mediocrity to a Super Bowl title. However, I think Wilson sees that the window for Seattle to make a serious run is closing quickly.

More quickly than the defensive players that put Russell to the ground more than nearly any other Q.B. in the league.

Wilson has grown increasingly frustrated with the team’s personnel decisions. At age 32, he’s not as fast as he was early in his career.

I suspect that the 32-year-old Wilson doesn’t handle being hit so much as well as he might have 4-5 years ago.

Life comes at you fast, Russ.

Still, Wilson is one of the elite Q.B.s in the NFL, and Seattle could get the cow and the farm if they dealt him to another team.

It appears that would be fine with Russell, but he’ll be looking for contenders with a solid o-line to keep him on his feet.

Wilson isn’t the most likely on the list, but I shudder to think what Belichick could do with the Pro Bowl quarterback on the field.

The Dallas Cowboys are a disaster. Top to bottom, inside and out, a total dumpster fire.

However, the team has some brilliantly talented pieces and an Owner/G.M. that wants to do anything in his power to win and win now.

That is anything short of hiring a new G.M.

Dak Prescott burst on the scene his rookie year after Tony Romo went out in week one. Prescott led the team to the playoffs before once again falling to Aaron Rodgers and the Packers.

Prescott entered last season without signing his first substantial contract. Unfortunately, Prescott suffered a gruesome ankle injury during week five and was forced to the sidelines for the remainder of the season.

This only emphasized the massive question mark that is looming over the young Q.B. It’s difficult to say if Prescott will ever return to his past level, but the upside is tremendous.

Of course, the amount of cash that the Q.B. will demand may not be worth the risk. The Cowboys would be silly, bordering on reckless not to listen to any legitimate offers for Prescott.

Still, this is Jerry Jones’ team, and you should expect the unexpected. Look at the loyalty given to Jason Garrett after many heartbreaking 8-8 seasons.

Aaron Rodgers has been unusually outspoken following the team’s Buccaneers’ defeat in the NFC Championship game.

Like Wilson, Rodgers has talked about the uncertainty of the franchise’s future and whether or not he will be part of that future.

For years Rodgers has wanted more involvement in personnel decisions, and some of his frustration may be attributed to the sting of defeat.

Still, Rodgers is one of the greats and is sure to be a future Hall of Fame inductee. That holds a tremendous amount of value.

Rodgers has two years left of his massive contract, and the Packers may need to unload some of that money to relieve cap space and build towards their future.

The Packers have an excellent history of winning, and the pressure to make it to the top of the NFL is immense.

When the Super Bowl Trophy is named for your organization’s father, second place will never be enough.

Jameis Winston is a long shot to depart New Orleans. After the Saints’ loss to Tampa Bay in the playoffs’ divisional round, Brees announced his imminent retirement from the game.

Brees is among the leading passers in almost every metric imaginable. His absence will leave a glaring hole on New Orleans’ depth chart.

At the moment, Winston looks to be the best option the team has.

They don’t have an excellent draft position, but they do have a ton of trade bait.

Front office staff may elect to run with Winston in a rebuilding year to see what they get from the former number one pick in the draft.

However, if the Saints can trade for one of the other Q.B.s on this list or move into a position to grab an instant starter, Winston may be looking for a new home.

Cam Newton did not live up to the hype created when he signed with the New England Patriots. If Winston will have trouble filling the shoes left by Brees, Newton was doomed to fail from the start.

2020 showed us all that you don’t replace Tom Brady; Tom Brady replaces you. Then he brings his buddy Gronk to Tampa and wins another Super Bowl.

Still, the New England fan base was cautiously optimistic when the team announced that Newton would be starting under center for the season.

Imagine what Belichick can do with the incredibly electric double threat of Cam Newton.

The Patriots couldn’t manage to put more than a single win in a row together throughout the entire season. Newton never clicked with the Patriots’ offense, and he and Belichick never got on the same page.

Newton’s deal expired after one season, and there won’t likely be another campaign for Cam in New England.

Newton is still a competent and exciting player on the field, and there’s undoubtedly a team on the NFL landscape that will be willing to give Cam his shot.

The question of where he’ll wind up is as uncertain as any of these Q.B.s. My shortlist is the 49ers and Washington.

Each of these teams has a horrible Q.B. situation, and Cam could fill a void, but he’s not taking anyone to the Super Bowl next year.

The NFL off-season is sure to be interesting. Many of the greats are retiring or looking for a new home, which spells plenty of possibilities for next season.

All 6 of these quarterbacks that may have a new home in 2021 are certain to have an impact one way or another on their team’s success. Something to consider when betting on the NFL this year.

I look forward to seeing where everyone lands for the upcoming season.

6 NFL QBs That May Have a New Home in 2021 originally appeared on LegitGamblingSites.com 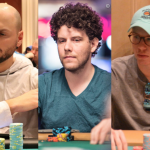 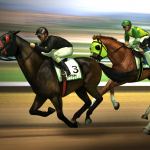