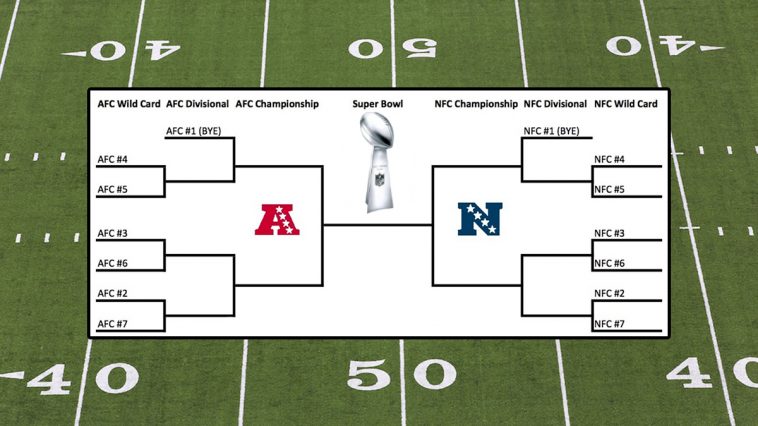 Starting in 2020, the NFL playoffs have expanded to include 7 seeds and 14 teams. Therefore, the playoffs have changed forever and don’t think that we have seen the last of playoff expansion just yet in the NFL.

The NBA and NHL both use 8 seeds in each conference and a 16-team overall playoff. Heck, with all the money thrown around in professional sports, what’s not to say the NFL will someday expand to include a 32-team bracket which includes an extra round?

The fans might love it, even if the proposal would have to pass the NFLPA first. But we can dream of a sixteenth seed upsetting a top seed, right? But for now, let’s discuss NFL betting strategies for each of the 7 seeds until the league expands otherwise.

1 – Strategy for the First Seed

Heading into the NFL playoffs, look at the playoff teams the top seed has lost to and look at their win-loss record in the division, the conference, and even how they fared at home.

While analytics and the Law of Probability can only take you so far in the NFL betting realm, it may also foreshadow an upset in the divisional round of the NFL playoffs.

So if the top seed finished 14-2 but the team who snuck up and bit them was that pesky 9-7 team sitting at the seventh seed who also has a good look in the wildcard round against the second seed, consider a potential upset to occur.

You also need to watch the first seed’s likely contenders in the next round, which will be Seeds 4 through 7. See if the top seed played these teams in the past and take note on how they fared. If Seeds 4 and 6 beat the 14-2 top seed, you may also find an upcoming upset.

But if the top seed played Seeds 4 through 7 and beat them all, or beat 3 of them and didn’t play the other, consider Seed 1 to be a safer bet.

Scout the second and third-seeded teams, because from an analytics standpoint, you can bet those are the most likely seeds the top seed will face in the conference championship.

2 – Strategy for the Second Seed

The second seed will always play the seventh seed in the wildcard playoffs until further notice. They will also play the best seed that advances to the second round of the playoffs.

If you’re thinking about betting on the second seed to win it all, see how they fared against the seventh seed, if applicable. If they didn’t meet head to head, check how well the second seed played lesser competition at home. That will tell you a lot.

You also want to review how they played the third, fourth, fifth, and sixth seeds. They can play any of them in the next round.

Once again, check their division, conference, and home/road records and see if you can find something implying a potential scenario. If they beat the seventh seed but struggled in two intra-divisional games against the third seed and the third seed has beaten the sixth seed in the regular season, the second seed may be a wash, and the first and third seeds are better bets.

Or, if the second seed ran the table against the lower seeds, they are a good bet. Unless they struggled against the first seed in the regular season.

3 – Strategy for the Third Seed

The third seed is much like the second seed. If you are thinking about them, see how they fared against the sixth seed and against lesser competition at home. If you like what you see, see how they also played the second seed, because it’s their most likely opponent for the divisional round.

The third seed will play either the second, fourth, or fifth seeds in the divisional round, so see how they fared against them. If not applicable, see how they stacked up against greater and lesser competition. If the third seed played them well, they are a good bet. Then take note on how they played the first seed.

4 – Strategy for the Fourth Seed

Unless the sixth or seventh seeds pull off an upset, the fourth seed will always play the first seed in the divisional round.

So while you need to scout the fifth seed and see how the fourth seed matched with them or lesser competition and how they fared at home, you also need to evaluate the first seed, or higher competition.

The seventh seed will always play the first, so unless the seventh seed has a history of upsetting the first seed, it’s unlikely they will play them if both teams advanced to the conference championship.

So if you like the fourth seed, scout the fifth seed and the first seed with rigor. They will also play the second seed in the divisional round if the sixth seed upsets the first seed.

5 – Strategy for the Fifth Seed

The fifth seed will also have a higher probability of playing the first seed in the divisional round, as the second and third seed will probably meet. Since the fifth seed will most likely play its NFL playoff games on the road, see how they fared on the road before placing your bet if you consider them.

The reason is the same as the fourth. If the sixth or seventh-seed upsets the higher seeds, the fifth seed will play the second or third seed while the lower seed plays the first seed. But assume they will play the first seed in the divisional round.

As with the other seeds listed, take note on how they played against each other seed if applicable. But for the fifth seed, they will only play a home playoff game if they, the sixth, AND seventh seeds pull off an upset in the wildcard round.

So note how they fared at home, but take in every detail about how the fifth seed played on the road.

6 – Strategy for the Sixth Seed

The sixth seed is only getting a home game and a matchup against a lower seed if the seventh seed upsets the second in the wildcard round and upsets the first in the divisional round. Plus, the sixth seed must make it to their conference championship game.

You are looking for a road warrior who also pulled off upsets against higher seeds or higher competition in the regular season. So if the sixth seed beat the 13-3 first seed on the road and also upset the second and third-seeded teams, both of whom finished 11-5, you have a potential Cinderella story.

And if the sixth seed finished 10-6 and third in their division via tiebreaker against a division rival who also finished 10-6, you may take a flyer on their chances. Especially if they upset the second and third seeds on the road during the regular season.

Scout every possible matchup, but use recent history to decide your bet.

7 – Strategy for the Seventh Seed

You are looking at the ultimate road warrior. The seventh seed is the only team in the playoffs who won’t see a home game unless they somehow become the first team to play a “home” Super Bowl.

The strategy for considering the seventh seed is simple: How did they play the higher seeds and higher competition earlier in the season on the road?

If they played them well, especially on the road, they might make a decent bet. But if they couldn’t win on the road, it’s best to steer clear and bet on one of the higher seeds.

Apart from the first seed, who is at home regardless of who they play, the seventh seed is the easiest seed to do your homework on before you bet. If they finished 9-7 but went 6-2 on the road and beat 3 of the other 6 playoff teams, you may be in business.

But if they went 3-5 on the road and all 5 losses came against the higher seeds, it’s best to bet on someone else unless you see a Cinderella outcome.

This post may sound complicated given all the scenarios, but it really isn’t.

You are really just taking an analytics/probability approach to each of the 7 strategies. While analytics won’t guarantee a winning bet, it can always increase your chances by revealing a more likely outcome.

Sure, a team can win on any given Sunday. But it doesn’t help to tilt the odds in your favor with a few strategies, slight as they may be. 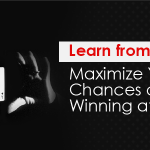 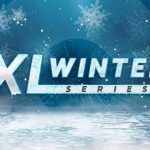