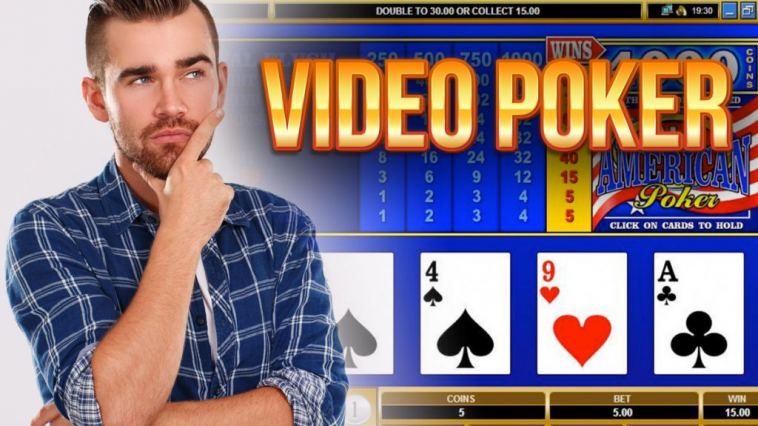 You can only write so much about slot machines. After all, they’re basically simple games. You insert your money, press the spin button (or pull the lever), and get your results.

There’s no strategy for how to play a slot machine. There’s nothing subtle or even that interesting about the experience—other than having money in action, that is. But video poker games are another story.

I think you could write an endless number of posts about video poker.

Here are some examples of some interesting questions and answers about video poker gambling. Every one of these questions could be expanded into a full-length feature, too.

1 – Why Does a Royal Flush Pay So Much More Than a Straight Flush?

A royal flush is the jackpot on all real money video poker games that I’m aware of. The payout is 4,000 coins, which is the equivalent of $1,000 on a quarter machine.

A straight flush, which is almost as hard to hit as a royal flush, only pays off at 250 coins. That’s only $62.50. It’s a huge difference. What’s the reason for this?

According to Bob Dancer, it’s mostly just a matter of tradition. On the rare machines that pay more for a straight flush, the payouts on the full house, flush, and straight are correspondingly lower to make up for it—and then some.

Casinos and players seem to like the existing pay tables well enough, so they don’t need to change the original tradition of paying 250 coins for a straight flush.

“Tight” and “loose” are relative terms; they only matter when comparing one video poker game with another. Generally, I like to think of video poker games with a theoretical return of 98% or higher as loose, and every other pay table as tight.

You’ll find plenty of the latter and few of the former.

Most of the time, the better pay tables belong to the higher stakes game, but this doesn’t apply all the time. At the very highest payback tables, you’ll only find games for low stakes.

For the most part, casinos want to make as much money per hour from the gamblers on their machines. The higher the denomination, the more they tend to earn.

To calculate the expected loss rate for such a game, you multiply the house edge by the amount of money wagered per hour. The house edge for this game is 0.46%.

The average video poker player gets in 600 hands per hour, so the amount of money wagered per hour is 600 times the average bet.

This gives you an expected hourly loss rate for these machines of:

Obviously, if you’re playing for lower stakes, it makes more sense for the casino to offer a lower payback percentage to compensate and have a higher win percentage. An 8/5 Jacks or Better game, for example, has a house edge of 2.70%.

This changes the hourly expected win for the game for the casino to $20.25. But casinos also like to attract savvy video poker players by offering games where players can get an edge. This attracts some gamblers who aren’t as good at video poker as they think they are.

The goal with these “loss leader” types of video poker games is to attract gamblers while minimizing the average amount that they’re able to win.

3 – How Do You Reduce Your Income Tax Burden on a Video Poker Jackpot?

You are required to pay taxes on your gambling winnings at the casino. If you trigger a big enough win— like hitting the royal flush on a video poker game—the casino gives you a W-2G form showing what you’ve won.

The casinos don’t provide you with records of your losses or your losing sessions, though. Gambling winnings are like any other income tax. You only pay taxes on the net income.

This means that if you lose $4,000 before hitting the $4,000 jackpot, your tax liability is $0. You have no profit because you’ve lost so much money up until that point.

How do you explain this to the IRS, though?

First, you must keep detailed records of your gambling sessions. I have a friend who keeps his ATM receipts in addition to his paper log of his sessions.

Second, you must itemize. If you’re used to use the EZ form, you’ll need to get into a new habit.

4 – Should You Move on From a Video Poker Game That’s Not Paying Out?

I read some advice from a video poker expert once where she suggested that if you don’t hit a four of a kind fairly quickly on a Deuces Wild game, you should move on to another game.

Is this good advice? No.

The only thing that matters is the pay table and your level of skill. If the pay table is good, and if you’re not tired, it doesn’t matter if you stick with that machine or move on to a different machine with the same pay table.

Video poker games don’t get “hot” or “cold.” That’s something that only happens in retrospect.

I saw that the “expert” who gave that advice suggested that her advice was based on preserving your bankroll. She proceeds from a false assumption.

Either way, switching machines isn’t going to do anything to preserve your bankroll.

5 – Are Video Poker Games Really Random or Do They Go Through “Cycles?”

First, video poker games are really random, and the probabilities are the same as if you were dealing with a real deck of cards. Every card has a 1/52 probability of showing up, every suit has a 1/4 probability of coming up, and so on.

Video poker game jackpots don’t become “due” just because they haven’t been hit in a while. Every hand is an “independent random event.” Hot and cold streaks happen in every kind of gambling game. That’s just part of it.

You could easily lose four sessions in a row at video poker and have a winning session during session #5.

But that’s meaningless as far as your probabilities go. These machines don’t have memories, and you get a fresh deck of cards on every hand.

6 – What Effect Does the Slots Club Card Have on My Video Poker Game?

The slots club card is there to track how much you’re wagering so that the casino can reward you with comps based on that action. That tracking software only interacts with the machine to see how much you’re gambling.

It has no connection or effect on the random number generator (RNG).

Most people who ask this question think that the video poker games are less likely to deal winners when the card is inserted. That’s one of the biggest superstitions and myths in the casino.

And it doesn’t seem to matter how often it’s dispelled; people continue to believe it.

The casino WANTS you to use the slots club card, and they WANT you to win occasionally. They also want to give you “free stuff.”

Here’s why: That free stuff isn’t really free. The casino is in it for the long term. They don’t care if an individual wins in an individual session because they’re dealing with hundreds or thousands of players exposing themselves to the house edge repeatedly—24 hours a day.

The casinos don’t make any money if you don’t gamble. They want to encourage you to gamble, and the occasional wins and the free stuff are what motivate you to continue to play.

7 – Is Blackjack Better than Video Poker?

This question has a lot of variables. Blackjack is a table game with a wide variety of house rules that aren’t immediately obvious. The games with the best playing conditions have a house edge of around 0.5%, but you must be able to play with perfect basic strategy to achieve that low house edge.

Video poker has similar qualities. You have a wide variety of house rules, including different pay tables. The house edge for the best video poker games is also generally around 0.5%, and that number assumes that you’re playing with the perfect strategy.

A lot of it has to do with personal preference, too. Do you prefer playing against machines, or do you enjoy the excitement of playing blackjack for real money?

You’ll only know which game suits your preferences better by playing them both and comparing them.

Of course, the number of questions about video poker are nearly endless. You could go into great detail about any of these subjects; for example, a computer programmer could go into a lot of detail about the programming that determines the outcomes of each hand.

I hope this post illustrates the complexity of video poker compared to slot machines. Feel free to check out the rest of our site for more on video poker. 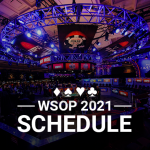 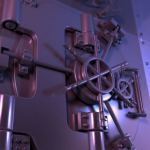