The bout is just the latest one announced for an event that has seen at least six changes since the fight card was originally announced. With two weeks before the event, the UFC was fortunate Moron agreed to fight on short notice.

Sergey Khandozhko is out. David Zawada will now take on Alex Morono at #UFCVegas36 on September 4th [per @BigMarcel24] #UFC #MMA pic.twitter.com/ToGUXPOTYP

Zawada was supposed to fight Sergey Khandozkho in the event but the latter pulled out of the fight due to unknown reasons. Because of that, Zawada will move from being the -135 betting favorite in his original bout to a +155 underdog against Morono.

The former Respect FC and Shooto Kings welterweight champion had dropped three out of his last four bouts while being listed as the betting underdog in all four contests. However, Zawada could’ve been easily 3-1 during that span as two of the losses were by razor-thin split decision.

Meanwhile, Morono has split time between underdog and favorite in his last seven bouts. In his most recent outing, the 31-year old from Houston, Texas upset Donald “Cowboy” Cerrone via first round knockout as a +150 betting underdog. One fight before that, he lost via unanimous decision to former lightweight champion Anthony Pettis as a sizeable 2/1 underdog.

With Morono’s addition, the UFC Vegas 36/ UFC Fight Night 191 updated fight card looks very much different from the one originally announced by the promotion. The most notable subtraction is Alexander Gustaffson who was supposed to fight Paul Craig in his second bout since coming back from retirement. Gus withdrew from the event last week with an undisclosed injury.

Meanwhile, Jack Shore will also have a new opponent in Liudvik Sholinian after his replacement opponent Zviad Lazishvili go injured and was cut by the UFC. Shore was initially booked to a pick’em fight with Said Nurmagomedov before the latter ran into visa issues and had to withdraw from the event. He was then listed as a -260 betting favorite against Lazishvili. Now, Shore will be an even bigger -285 favorite against Sholinian.

Like Nurmagomedov, Leone Murphy encountered visa issues and has been replaced by Julian Erosa who has opened as a +140 underdog against Charles Jourdain who is now the -170 betting favorite at BetOnline. On the other hand, the flyweight bout between Alex Perez and Matt Schnell has been moved to December 4th while the Volkan Oezdemir vs Magomed Ankalaev bout was shifted to UFC 267. 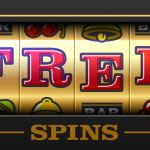