Juliana Pena didn’t get the Mother’s Day fight against Amanda Nunes that she proposed. But her challenge got her noticed and now she is actually getting the next crack at Nunes.

According to UFC President Dana White, Pena will challenge Nunes for the UFC bantamweight championship at UFC 265 on August 7th. No other bouts for the event have been announced so far. UFC 265 also has no venue yet.

The Lioness will make her return to the bantamweight division in August. Per Dana White (@danawhite), Amanda Nunes (@Amanda_Leoa) will defend her 135-pound title against Julianna Peña (@VenezuelanVixen) at UFC 265. pic.twitter.com/tWLmW2Exmt

The bout will mark the first title shot for the 6th ranked female bantamweight in the UFC and the first female Ultimate Fighter winner.

It can be recalled that Pena challenged Nunes to a Mother’s Day fight after her bout with Holly Holm was canceled. Pena was supposed to fight the Preacher’s Daughter but the latter had to withdraw from the bout after she was diagnosed with hydronephrosis or swelling of the kidneys due to urine not properly drained from the kidneys to the bladder.

But Nunes dismissed Pena’s challenge saying that if she wanted a crack at the belt, then she must first defeat no. 1 ranked Germaine de Randamie, which was a valid point. However, it looks like UFC president Dana White likes this mother vs mother rivalry and booked the first UFC title fight between mothers, even if it won’t be held on Mother’s Day.

Pena is coming off a submission win over Sara McMann at UFC 257 last January. Prior to that, she was choked out by De Randamie at Fight Island. The Venezuelan Vixen is just 2-2 in her last four bouts and is 6-2 inside the UFC Octagon. Pena has an overall record of 10-4 with three knockouts and four submission victories.

Took Amanda Nunes longer to walk out than it did to take care of Megan Anderson #UFC259 pic.twitter.com/sASXzcGD6r

Nunes has been dominant in the women’s scene since ascending to the bantamweight throne in 016. The Lioness is coming off a submission win over Megan Anderson at UFC 259 last March, defending her UFC women’s featherweight title for the second time. Nunes is the first female fighter in the UFC to win titles in two different weight classes. She is also the first fighter, male or female, to successfully defend two titles while simultaneously holding both.

But Nunes hasn’t fought at bantamweight since December 2019 when she outpointed De Randamie and her last two fights were at 145 pounds so weight could be an issue although it’s worth noting that Nunes has never missed weight in her career. Given her greatness though, there is no reason to doubt the Lioness, at whichever weight class she fights.

Nunes has won 12 consecutive bouts since losing to Cat Zingano at UFC 178 but interestingly, the best UFC betting sites had her as favorite in only 7 of those bouts. She has made six successful bantamweight title defenses and has an overall record of 21-4 with 13 knockouts and 4 wins via submission. 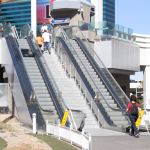 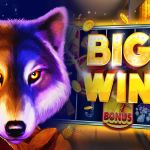