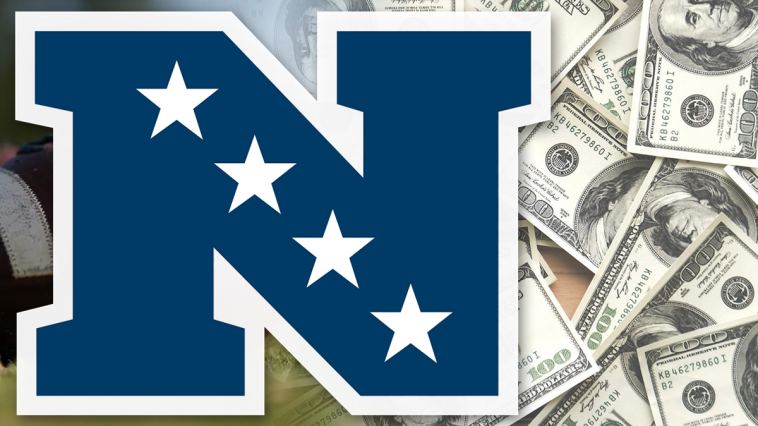 The NFC East was a wasteland for futures betting in 2020, with the 7-9 Washington Football Team taking the division before going one-and-done in the playoffs. Statistically, at 7-10, Washington was the worst playoff team in NFL history.

However, things are looking up for the NFC East in terms of futures betting options in 2021. Dak Prescott returns to the Cowboys, and his presence always makes the team a threat to take the division. The New York Giants had a good free agency. And the Washington Football Team added 2 missing puzzle pieces.  Now, the NFC East at least looks respectable, and today’s post will break everything down. If you’re considering placing a futures bet in the NFC East, keep reading for more information.

Betting on the Dallas Cowboys

Following Dak Prescott’s injury, the Cowboys’ season ended early. But now, Prescott is back and the Cowboys’ skill position unit looks better than ever. If they can improve their offensive line in the NFL Draft, watch out. Their futures stock will skyrocket.  However, their defense was the bane in 2020 and during free agency, they did nothing to improve the unit. Yeah, they re-signed a couple of names and agreed to terms with Keanu Neal. But still, it’s nothing impressive. There is no playmaker on the Cowboys’ defense, and it’s startling.

If the Cowboys are a team you’re looking to place a futures bet on, they must fix their defense during the NFL Draft. In all 3 phases, including the defensive line, linebacker, and defensive backfield. And it’s one of those drafts where they need to spend literally every pick on the defensive side of the ball.

If they don’t, the Cowboys will be nothing more than a so-so bet for the Over/Under and maybe a fringe playoff berth. But expect nothing spectacular from the Cowboys, at least in 2021 if they can’t get this defense solved.

We know this because even before he went down with an ankle injury, Dak Prescott couldn’t lead the Cowboys back because their defense averaged giving up 30-plus points per game.  The Cowboys always look good on paper, but that’s mainly because of their popularity and status as “America’s Team.” Don’t buy too far into the hype. Until they fix the defense, they’re a high-risk futures bet.

The New York Giants look a lot better in 2021 than they did in 2020. However, they need a few things to happen: Saquon Barkley MUST remain healthy, since he’s the offense’s centerpiece. Also, with the signing of Kyle Rudolph, John Ross, and Kenny Golladay, quarterback Daniel Jones is out of excuses.

Also, even as bad as the Giants looked in 2020, they still almost won the division, albeit with a 6-10 record. Plus, they have franchise stability for the first time in forever. The coaching staff remains intact. Ditto for the players they signed and drafted in 2020.

They had a phenomenal first week of free agency that preceded the writing of today’s post. You should expect the Giants to at the very least improve upon their 6-10 record. They’re not the best team in the division, but after a 5-3 finish in 2020, things are pointing north for one of the NFL’s most storied franchises.

If there’s ever a safe team to place a futures bet at NFL online sportsbooks to win the sweepstakes for the first overall pick, it’s the Philadelphia Eagles. And they’re probably not worth the futures bet unless you love living on the edge.

For one, Jalen Hurts is the man they put their faith in. And while Hurts is a dual-threat quarterback who can do damage with his legs, he’s arguably the worst passer in the NFL among starting quarterbacks. His accuracy is horrendous, and given his 1-3 record as a starter, he’s not striking fear in anyone.

Another clue that the Eagles are tanking is that they released more than a few key players and granted tight end Zach Ertz permission to seek a trade. Further, they didn’t sign anyone worth noting, showing that they’re tearing this team down to the bare bones.  Unless some crazy case of divine intervention happens, the Eagles figure to be the NFL’s worst team in 2021. Right down there with the 2020 Jacksonville Jaguars and 2017 Cleveland Browns. However, tanking is sometimes the best option.

And with a new regime in the City of Brotherly Love, tanking for the future in the past has paid dividends. Just look at the Browns, who finished 11-5 and won a playoff game 3 seasons removed from their own tank job.

Or the Jaguars, who won the Trevor Lawrence sweepstakes (presumably) and attracted a plethora of free agents with a big-name head coach after losing 15 straight games to close out the 2020 season. So while the Eagles don’t look like a solid bet in 2021, monitor their progress.  Odds are, they’re only a season or two removed from returning to contention.

Bet Money on the Washington Football Team in 2021

If you placed a futures bet on the Washington Football Team, kudos. It wasn’t pretty, but Ron Rivera and company won the NFC East and probably put money in your pocket if you took a risk and even bet the Over/Under.

Now, Washington looks to go places they haven’t been since 1991. And they’re doing it by putting their faith in a grizzled journeyman named Ryan Fitzpatrick. But don’t laugh. Fitzpatrick may be a journeyman who has bounced around the league since I was in middle school.  However, Fitzpatrick’s name is in the NFL record books in terms of touchdown passes and passing yards. And this has come from playing for some pretty bad football teams. In Washington, Fitz now gets to play for a contender and a competent coach.

Washington’s backs, line, and pass-catching unit is also one of the most well-rounded in the NFL. And if Alex Smith could win games at quarterback with mediocre production, what can Fitzpatrick do? Also, Washington’s defense surprised in 2020, ranking among the best in football. In free agency, they added a big name in William Jackson, who comes over from the Cincinnati Bengals.

And under the charge of Ron Rivera and Jack Del Rio, this unit can reach the top of the NFL in 2021. Especially now that they have a year of experience under their belts.  If there was ever a safe futures bet in the NFC East for 2021, it’s the Washington Football Team. No, it won’t be easy with Prescott returning to the Cowboys and the Giants growing stronger. But they, at least on paper, look like the division’s most talented football team.

If you’re conservative, the Washington Football Team has the best odds of winning the division in 2021 and perhaps even making a deep playoff run. If they had a legit franchise quarterback, they’re Super Bowl contenders. But with Fitzpatrick, they’re a decent bet.

The Dallas Cowboys are America’s Team and will always find themselves overrated. However, their offense is so good with Dak Prescott, they don’t need a championship-caliber “Doomsday Defense” to win your bet. Though they still need to fix the unit.

The New York Giants almost won the division in 2020, considering their 5-3 finish. They now have solid pieces to fit their scheme on both offense and defense, along with franchise stability for the first time in nearly a decade. But Daniel Jones must prove he’s the guy to lead them.

They’ll never admit it. But with the mediocre Jalen Hurts leading the charge, the release of several key veterans, no real free agent signing, and Zach Ertz seeking a trade, it’s easy to read the signs. They’re the one team suited to bet winning the first overall pick in the 2022 NFL Draft.

Like the AFC East, there is no surefire winner in the NFC East. However, you will see a larger gap in talent between Washington and the other 3 teams, with perhaps Dallas acting as Washington’s biggest threat.

Wrapping up This NFC East Analysis

The NFC East isn’t as up-for-grabs as the AFC East. Whereas the AFC East features 3 talented teams jockeying for playoff positions, wins, and a title, the Washington Football Team, on paper, appears to be a cut above its rivals.

If you bet conservatively, Washington is the best bet. But as with anything in the sports betting industry, nothing is ever clear cut and a lot can happen between March and September. Dallas, New York, and especially Philadelphia, have some ground to make up.

It will be interesting to see how things play out between now and December, or if you bet someone in the East to make a playoff run, January.  Are you placing a futures bet on anyone from the NFC East? If so, tell us who you like in the comments and why. We’re looking forward to reading your opinion. 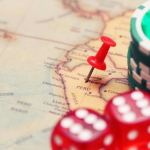 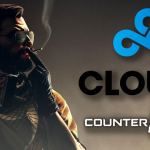