Unfortunately, the rumors are true! The trend of disbanding CSGO roster continues. It has taken another big team down. First it was 100 Thieves, now it’s Cloud9! Yep, the new EU+NA C9 roster has been disbanded earlier today, following this tweet:

The thing is, two of the game’s biggest regions, EU and NA, aren’t equal in terms of competitiveness.

They haven’t been equal for a very long time already. Once the first online (read regional) had come, NA teams had much lower prize pools to fight for. It was a nasty trend that resulted in the best NA teams relocating to Europe to fight against better teams and higher prize pools. Heck, let’s be real here – they were fighting to remain competitive on the international stage.

Obviously, this took a serious toll on some Na teams. Players couldn’t cope with constant traveling back and forth, and the situation was slowly shifting towards NA teams staying permanently in the EU. Needless to say, this resulted in several departures, most notable of which was oBo leaving Complexity back in September last year.

Being professionally involved in CSGO in such difficult conditions is not easy! Mind you, Cloud9 and 100 Thieves both belong in the upper echelons of NA esports… yet they’ve said their farewells to CSGO due to the ongoing crisis.

Heck, the CSGO betting scene is in absolute chaos too. Event in an event out, we’re seeing more and more upsets. Online play was always going to be upset-friendly, but we’re slowly reaching the point where the labels such as favorite and underdog mean absolutely nothing!

These trends resulted in a bunch of weird roster mixtures featuring top-tier NA and EU players… Cloud9 being one of them. Es3tag and the company had plenty of potential, but I guess it was never meant to be…Turns out remote training and generally poor conditions in the NA CSGO scene are worse than we had initially thought.

Cloud9 leaving the CSGO scene is the perfect example, no doubt about that. Will the same thing happen to Liquid and Evil Geniuses too? I guess we’ll see…

Donnie hails from the Midwestern US and happily embraces the nerd stereotype. He likes writing about CS:GO, Overwatch, Fortnite, and anything esports-related, really. He also dabbles in the world of cryptocurrency and how that might tap into the esports betting world. Donnie stepped into the gambling side of esports just a few years back. Donnie is currently married and owns two large dogs, who may or may not be named after Mario and Luigi. 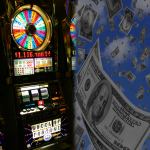