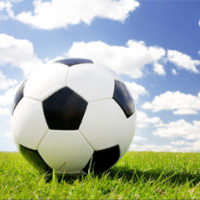 With the summer transfer window still opened, there were several rumours making the headlines. Robert Lewandowski wishing to part ways with Bayern Munich is one of them.

This rumour, however, has been ruled out as the Bundesliga giants confirmed that they will not be selling or parting ways with the Poland striker this summer.

Reports claimed that the Poland international has asked to leave the Allianz Arena and his price tag was set at £110 million ($150m), and there have been links across Europe wishing to secure the services of the veteran striker.

A new report confirmed that Bayern Munich is not even thinking about a potential sale of the Polish striker under any circumstances and that the striker, himself, understands this and will not force a move.

Having dropped another outstanding goalscoring season in the Bundesliga last campaign and helping the Bavarians to their ninth straight league title, the Polish striker was once again linked with a move to the several European giants. He is always on Betway 4 to score as the player bagged 48 goals and 9 assists in 40 games in all competitions last season. In just two games this season, he has netted three goals so far, a dangerous player when it comes to scoring.

Right before signing Romelu Lukaku from Inter Milan, Chelsea was reported to be interested in the player, while reports of Lewandowski tabling a request to leave the Allianz Arena surfaced in the media this summer transfer window.

Bayern, on the other hand, remained resolute on their decision of not parting ways with the player for any price. It was understood that the striker accepted this decision and will keep playing for the German giants, and he could potentially play against Koln on Sunday in Matchday 2 in the Bundesliga.

His contract expiring in 2023 might have a part to play in his agreement to remain at the German club, as he will only have 12 months left on the deal in the next summer transfer window. This will make it easier for him to push for a transfer elsewhere.

The 2019/20 Champions League winners, as usual, have been linked with a move for several players across Europe this month, as they have only signed one major player this transfer window so far, Dayot Upamecano from rival club RB Leipzig.

Thilo Kehrer, a Paris Saint-Germain defender, has been linked with a move to Allianz Arena this summer but both clubs are yet to reach an agreement. The German club is looking to have more options at the right-back position, which made Kehrer a target for the club.

They are also strongly linked with a move for Marcel Sabitzer, a midfielder who had previously worked with Bayern’s coach Julian Nagelsmann during his tenure at Leipzig.

The report has it that the midfielder has tabled a request to leave the club this summer. But Bayern is yet to hold any serious negotiation regarding the transfer of the player to Allianz Arena.

The German giants are not only looking to sign new players to their team but also willing to sell players like Bouna Sarr, Michael Cuisance, Chris Richards and Corentin Tolisso to fund their transfers this summer.

Bayern is yet to receive any offers for these players, with Sarr and Tolisso being the tough nut to crack as their salary at the club is quite high.

Bayern Munich is Not Willing to Sell Robert Lewandowski This Summer originally appeared on ThisWeekInGambling.com 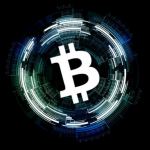 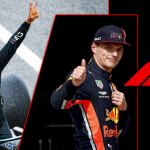