Max Verstappen is the slight odds on favorite to win the Belgian Grand Prix at the Circuit de Spa-Francorchamps on August 29th.

The 23-year old Belgian-Dutch driver is currently priced $10 shorter than Lewis Hamilton in the latest Bet3655 and BetMGM oddsboards at even money (+100). This marks the fourth straight race where Verstappen is favored over Hamilton but is the first time in those four races where he doesn’t have the minus money sign next to his name.

Verstappen Has Hit a Snag

Glad I’m ok. Very disappointed with being taken out like this. The penalty given does not help us and doesn’t do justice to the dangerous move Lewis made on track. Watching the celebrations while still in hospital is disrespectful and unsportsmanlike behavior but we move on pic.twitter.com/iCrgyYWYkm

Because of that, Hamilton has reclaimed the lead in the Drivers’ standings and the Brit is now back as the -138 odds on favorite to win the Drivers Championship. But the championship is far from over.

Hamilton meanwhile is second, although just slightly, in the latest Belgian Grand Prix oddsboards at +110 despite being the defending race winner and even if he’s won the race three times in the last six years.

In 14 starts at the Circuit de Spa Francorchamps, Hamilton has 10 Top 5 finishes and four victories. Hamilton’s four wins at the Belgian Grand Prix are tied with Kimi Raikkonen for the most among active drivers, and third-most ever behind Micheal Schumacher and Ayrton Sienna. His six pole positions at the race track are the most by any current driver with one else having more than one.

The seven-time wold champion has won a total of four races this season, including three with the plus money sign beside his name in the betting odds boards. Hamilton was at his season-low +150 when he won the British Grand Prix two races ago.

The state of play after 1️⃣1️⃣ races, then and now…

Hamilton is the most dominant driver in this era. He has won each of the last four Drivers Championships and six out of the last seven. During his dominant run, no driver has come close to dethroning Hamilton on top of the F1 mountain. But the landscape has changed this season.

The betting odds have been close throughout the year, and they slightly vary from one betting site to another. But one could argue that Max has entered half of the completed races as the betting favorite. Verstappen has won five races and Hamilton four. Hamilton currently leads the standings, but just by eight points.

Before the current season began, Hamilton was a comfortable -250 betting favorite to win a record-breaking 8th world title while Verstappen occupied second spot at +500. But Max and Red Bull have taken the fight to Hamilton and Mercedes. Halfway the season, it’s anybody’s world title to win. The current Belgian Grand Prix odds are proof of that. 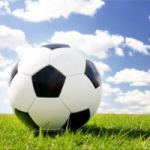 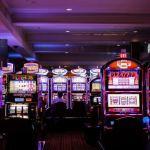