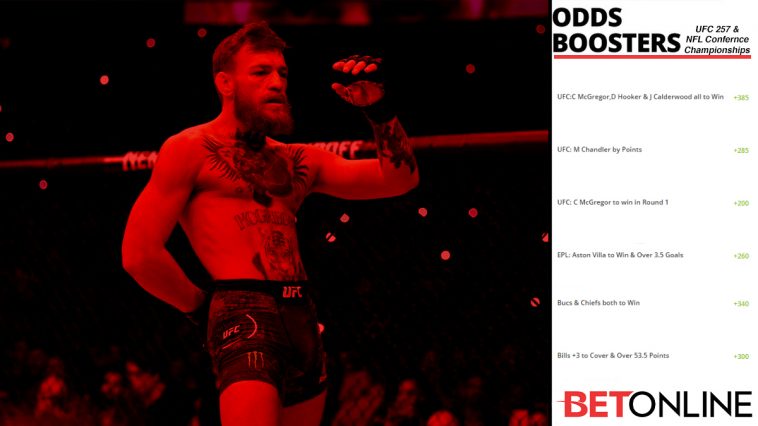 We’ve got a big sports weekend ahead, which means we’ve got a big sports betting weekend ahead, as well. UFC 257 is the main event on Saturday’s sports calendar, as we finally get the long-anticipated return of Conor McGregor. The Notorious will be facing Dustin Poirier in a rematch of UFC 178. We’ve also got a full slate of Premier League action to keep your occupied during the day before the fight gets started.

If you haven’t already, be sure to enter BetOnline’s exclusive UFC 257 contest, which affords you the chance to win a signed Conor McGregor glove, a copy of “UFC 4” on PlayStation 5, or a PS5 console itself! The promotion ends on Saturday, so get your entries in while you still can!

Sunday brings a pair of NFL Conference Championship matchups. The Tampa Bay Bucs will face the Green Bay Packers in the first game, while the Kansas City Chiefs will host the Buffalo Bills later in the day.

BetOnline has boosted odds available across a number of different sports this weekend. Let’s dig through the options and find the best value of the lot, shall we?

McGregor’s aforementioned bout with Poirier is the headliner on Saturday’s UFC 257 card, but it’s far from the only compelling fight on the ledger. McGregor is a heavy -300 moneyline favorite to win this one, which comes as little surprise considering he defeated Poirier in the first round the last time they met a couple of years ago.

Dan Hooker is listed at -145 to beat Michael Chandler in their undercard fight. Chandler has an impressive Bellator track record under his belt, which makes this a potentially dicey fight for Hooker despite the fact that he’s still favored.

Our own Rick Rockwell actually likes Chandler’s moneyline odds here at +110, for what it’s worth.

Joanne Calderwood is a slight -120 favorite to beat Jessica Eye in a flyweight bout. Eye is actually the No. 6 flyweight, while Calderwood is No. 7, but oddsmakers prefer the latter. Neither fighter has a spotless record by any means, and this should be fairly interesting considering we’ve got some bad blood here.

Chandler has posted back-to-back first-round knockout wins coming into his fight with Dan Hooker. 16 of Chandler’s 21 wins in his career have come by stoppage, with another nine via TKO/KO. This will actually be his UFC debut, so the fact that he’s got such favorable odds is a bit of a surprise given his lack of experience.

Rockwell likes this fight to go the distance, and he’s picked Chandler to win by decision at +110. The +285 odds you’re getting here are quite a boost up from the standard odds, which makes this a pretty appealing wager.

BetOnline is giving you +200 odds on the McGregor-Poirier bout going the same way it did the last time they met. The two fought at the featherweight level back then, and this fight will be at lightweight.

McGregor backed up his smack-talk in a big way heading into UFC 178 when he finished Poirier off in the first round and won via stoppage. Of Notorious’ 22 career UFC wins, a whopping 16 have been called in the first round. That includes his last fight, a first-round TKO of Donald “Cowboy” Cerrone at UFC 246 almost exactly one year ago.

Across the pond, we’ve got the English Premier League back in action on Saturday with just one game. Aston Villa, who fell to 11th in the table with a 2-0 loss to Manchester City earlier this week, will be back home to take on Newcastle this weekend.

Villa have been up-and-down this season, but they’re pretty easy favorites here over the Magpies. Villa are -200 favorites to pick up all three points with Newcastle down at +540 to do the same. The draw comes in at +310.

Back at Villa Park tomorrow. 🟣🔵👍🏻 pic.twitter.com/ax6T3ilnKn

Newcastle come into this game in 15th place, five points clear of the relegation zone. They’ll presumably steer clear of a demotion this season, but it hasn’t been a breezy ride to this point. Newcastle haven’t won a game in the league since a 2-1 win over West Brom on December 12.

The Magpies have already allowed 30 goals through 19 games, which means they have had one of the leakier defenses in the English top-flight this term. Aston Villa have scored 29 of their own.

Sunday should be a fun one, as we’ve got arguably the NFL’s four best teams all in action looking to punch their respective tickets to Super Bowl 55. Patrick Mahomes has been officially cleared to play after suffering a concussion last week against the Browns, and his Kansas City Chiefs are holding steady as three-point favorites at home over the Bills.

Last week’s game wasn’t an easy one for Kansas City, and it’s safe to assume Buffalo will give them a good fight.

The Chiefs did go into Buffalo and pick up a win earlier this season, however, and it’s just incredibly difficult to actually bet against Mahomes and co. If he’s able to play up to his caliber after leaving the game last week, Kansas City just feels like an excellent value at -175 to win this one on the moneyline.

The Buccaneers will head to Lambeau Field to face the Packers as three-point underdogs. Betting against Tom Brady over the years has been a losing proposition for the most part, and he’s looking to represent the NFC in the Super Bowl for the first time in his decorated career. Aaron Rodgers will be looking to lead the Packers into the championship game for the second time in his own stellar career.

Tampa Bay is at +157 on the moneyline, while the Green Bay Packers are listed at -177, per BetOnline.

Both games on Sunday should be fun, but the Bills-Chiefs affair has the higher over/under. This game has serious shootout potential with Mahomes and Josh Allen going toe-to-toe. Don’t expect a lot of off-tackle runs up the middle in this one. I’d expect both offenses to go all-out through the air and show what they can do with a Super Bowl berth on the line.

As you may expect, Bills fans are psyched for Sunday:

After 5 months of intense chemotherapy and battling cancer. I got to ring the bell this morning. Bills Mafia Style. GO BILLS. BEAT THEM CHIEFS. #cancersucks #coldfrontreport #BillsMafia #BuffaloBills #nfl pic.twitter.com/C8W5p3tdGT

The over on 53.5 points looks like a good bet, but I’m skeptical of the Bills’ chances to cover. Buffalo is pretty clearly the biggest threat to the Chiefs’ AFC supremacy, and the Bills do own an impressive 12-6 mark against the spread so far this season.

Assuming Mahomes is ready to roll, though, I’m having a hard time betting against the Chiefs to take care of business on their home field here.

Aston Villa should have no trouble disposing of Newcastle, but the over on 3.5 goals feels like a lot to ask. Newcastle haven’t been the most prolific attack this season, so even a 3-0 Aston Villa win doesn’t get you there with regard to this prop. Pass on the Premier League wager here at +260.

I’ll also avoid the Bills covering the spread plus the over at +300. I like the over, but I also think the three-point spread is being a bit overly generous to Buffalo. I’d take the Chiefs -3 before betting the Bills to cover that margin.

McGregor will beat Poirier for the second time in as many attempts on Saturday, but banking on another first-round victory after he’s been out of the Octagon for a year feels a little aggressive. Michael Chandler also seems to be gaining some momentum as a trendy underdog pick to upset Dan Hooker, so I’ll avoid our first booster at the +385 odds, as well.

The best bets of the weekend are Chandler to win by points (+285) and the Bucs and Chiefs both to win on Sunday (+340). Chandler is an intriguing underdog bet to get the better of Hooker, so that’s where I’ll put my money on Saturday. On Sunday I’ll back the Chiefs to get past the Bills, while the Tampa Bay Buccaneers pull the upset over the Packers. 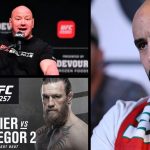 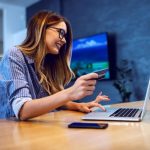