The biggest UFC event in years is just one day away. To ensure the show goes on planned, the UFC is implementing intense safety regulations. Not every fighter wants to abide by these rules, though. As a result of his actions, Ottman Azaitar has been cut from the UFC.

Many fans are left disappointed by this news. Azaitar was thought to be one of the brightest young stars in the promotion. He will now need to find a home outside the UFC.

Let’s take a look at what exactly caused this.

The UFC’s Fight Island Events Have Taken Place Without Issue

Back in March, the entire professional sports industry was completely shut down. All major leagues closed down their operations due to health concerns. No one seemed to know when any of these leagues in the United States would begin operating again.

Finally, in May, the UFC made history by becoming the first major sports league to start holding events again. The promotion held a few events in Jacksonville, Florida before making the move back to the Apex Center in Las Vegas. A few months later, the UFC announced it had booked its own private island in Abu Dhabi to hold international fight cards.

The promotion held many events on “Fight Island” throughout 2020. That includes the middleweight clash between Israel Adesanya and Paulo Costa and the lightweight title fight between Khabib Nurmagomedov and Justin Gaethje. On January 16 of this year, the promotion made its return to Abu Dhabi.

It’s clear that the UFC is a well-oiled machine. There are intense safety protocols set in place to protect the fighters and everyone else involved with the fights. The first two events held on this island in 2021 have gone on without any issues.

This didn’t sit well with officials within the UFC. We’re now beginning to hear the details of this unusual situation.

Here’s Why Ottman Azaitar Has Been Cut From the UFC

It hasn’t been easy for the UFC to maintain a consistent schedule in times like these. In fact, it’s likely been the toughest time in the promotion’s history. Officials within the company have needed to come up with specific regulations to ensure things are as safe as possible.

Obviously, when a fighter purposely goes against these regulations, it causes issues. Over on Fight Island, the UFC has come up with a way to “bubble” its fighters using a quarantine and containment strategy. One infected athlete can completely dismantle this bubble.

That is nearly what Ottman Azaitar caused this week. The talented young lightweight seems to have felt he didn’t need to abide by the rules set in place. Ultimately, this cost him his spot on the UFC’s roster. Dana White confirmed to the media this week that Ottman Azaitar has been cut from the UFC.

“It’s pretty amazing actually,” White explained to reporters. “He and his team cut off their wristbands, gave them to somebody else outside the bubble, I don’t know how they even did it. That guy taped them, showed up with a bag, went into a room, shimmied across four balconies, went into his room, dropped the bag off, changed his clothes, and then left. When security tried to stop him, he wouldn’t stop. It’s bad. He’s gone, he’s no longer a UFC fighter.”

This still leaves many questions. Why would Azaitar risk his job for something like this? What was in the bag that was so important? It’s still unclear at this time. We are likely to hear more about this situation over the next few days.

Fortunately, this incident did not end up derailing the UFC’s plans. UFC 257 is still set to take place tomorrow night. Many fans are now flocking to different online sportsbooks to place their bets on how the bouts unfold.

Checking Out the Last-Minute Betting Options For UFC 257!

There has been a tremendous amount of attention put on the UFC’s event taking place tomorrow night. Just about everyone is curious to see how Conor McGregor performs after more than a year outside the sport of MMA. Many are equally curious to see how Dustin Poirier looks in this matchup.

This is actually a rematch from the first fight dating back to 2014. In that fight, Conor McGregor earned a first-round knockout. He is now telling the media he will finish Dustin Poirier within 60 seconds of this fight beginning.

There’s still time to bet on this incredible fight. Many in the US are heading over to BetOnline to put money on the big fights. This site is offering amazing odds on each of the fighters competing tomorrow night.

In the main event, Conor McGregor is listed as the -301 favorite. Many fans are expecting a similar result to the first bout. Conor appears to be in tremendous shape and his coaches claim he has performed better in training than ever before.

Don’t count Dustin “The Diamond” Poirier out just yet. He seems to be in his fighting prime and has only lost once in the past five years. Poirier comes into this fight as the +251 underdog, yet some feel he will drag McGregor into the later rounds and secure the TKO finish. We’ll be sure to offer a recap of all the action after the fights conclude.

Are you surprised to hear that Ottman Azaitar has been cut from the UFC? Is this warranted? Let us know in the comments section below!

Dana White Confirms Ottman Azaitar Has Been Cut From the UFC originally appeared on TheSportsGeek.com 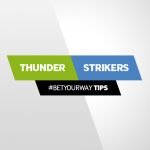 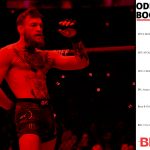