The WBA and WBC super middleweight champion has agreed to fight WBO belt holder Billie Joe Saunders in May, provided that Alvarez beats Avni Yildirim next month and emerges from that bout uninjured.

Since Alvarez’s traditional May fight date is the Cinco de Mayo weekend, the bout will either be on May 1 or May 8th with Cinco de Mayo 2021 falling on a Wednesday. According to sources, Alvarez prefers May 8th. The venue has yet to be finalized as well. The plan is to hold the fight at the Allegiant Stadium in Las Vegas if an audience will be permitted by that time. If not, venues in Texas and Florida will be considered.

Earlier this month, Alvarez agreed to make a quick turnaround to fulfill his mandatory obligation. A mandatory defense against Yildirim was set for February 27, 2021 at the Hard Rock Stadium in Miami where a crowd of 25% of the venue’s capacity has been allowed.

Top boxing betting sites currently have Alvarez as a massive betting favorite to beat Yildirim. Online sportsbook BetOnline has the Mexican as a -4000 betting favorite with Yildirim coming back at +1400. Should the odds prove correct and Alvarez comes out of the fight unscathed, he will return for another bout during his traditional Cinco de Mayo fight date.

Canelo, Saunders Agree To Terms For Three-Belt Unification Clash In May https://t.co/Bbcy1KG56u pic.twitter.com/gBEups2HLp

Saunders won the WBO super middleweight belt by defeating Shefat Isufi in May 2019. He has since successfully defended the belt twice, the last one being a 12 round unanimous decision win over perennial title challenger Martin Murray last December 4, 2020 in England. The 31-year old southpaw owns notable wins over former world champions Andy Lee, Chris Eubank Jr., and David Lemieux.

This is actually the second time where Saunders has agreed to fight Alvarez. The two were supposed to face each other in Canelo’s Cinco de Mayo schedule but because of the COVID-19 pandemic, it ended up getting scrapped. Saunders went on to fight and defeat Murray last December 4th while Alvarez took Smith’s belt two weeks later to potentially set up this rematch.

Alvarez could have fought Saunders right away but had he done so, he would’ve given up the WBC belt.Taking his mandatory defense against Yildirim is a confirmation that Alvarez is dead serious about becoming undisputed champion at 168-pounds. If Alvarez beats Yildirim and proceeds to beat Saunder in May, he is expected to go after IBF super middleweight champion Caleb Plant in September, that is if Plant wins his fight this weekend against Caleb Truax.

Canelo Alvarez and Billie Joe Saunders Agree to a Conditional Title Unification in May originally appeared on TheSportsGeek.com 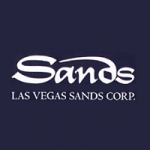 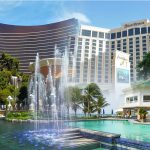