Canelo Alvarez will not be fighting next month.

This was revealed by promoter Eddie Hearn who took to social media to announce that Alvarez is focused on a return in November:

Spoke with @Canelo @CANELOTEAM and the team today. Saul is focused on a return to the ring in November. More news soon 👊 🇲🇽 pic.twitter.com/ErgBOxMlRX

Alvarez was initially penciled to fight IBF super middleweight champion Caleb Plant in a bout that would produce the first-ever undisputed 168-pound champion in the sport. The Mexican had already opened as a heavy betting favorite at the best boxing betting sites. But at the last minute, the fight was scrapped after Alvarez and his camp was said to have made “absurd” demands.

Then Alvarez was supposed to fight replacement opponent Dimitry Bivol and the latter had already began training for the fight. However, it appears that Alvarez’s camp thinks there isn’t enough time to make that fight happen. So they are moving out of the September 18th schedule and are planning to fight in November.

Change of #boxing schedule. No @Canelo in #LasVegas in September. https://t.co/WNolPwTnWl

Although September has always been called a traditional Canelo schedule, the Mexican boxing superstar has not fought in that month since winning a majority decision over Gennady Golovkin in their rematch on September 15, 2018.

In 2019, Alvarez withdrew from his traditional September schedule because of difficulties in finding an acceptable opponent. He ended up fighting Sergey Kovalev for the light heavyweight title in November of that year. Last year, Alvarez went to court against Golden Boy in September and didn’t fight until December when he wrested the WBA super middleweight title from Callum Smith.

This year, it looked like a lock that Alvarez would fight in September after his impressive finish of Billie Joe Saunders last May. And for a while it looked like it did. Alvarez and IBF champion Caleb Plant looked headed to a deal when Plant withdrew from the negotiations at the last minute citing unreasonable demands on the part of Canelo and his camp.

Fight of His Life

WBA Light Heavyweight Champion Dmitry Bivol preparing for the fight of his life. Against Boxing Superstar Canelo Alvarez. This is No walkover for Canelo because Bivol is tough. #fighthooknews #jcalderonboxingtalk #canelobivol #daznboxing pic.twitter.com/O5KVqdHqIO

When talks with Plant soured, Alvarez turned his attention to Russian Dimitry Bivol who has been the WBA light heavyweight champion since 2017. Bivol had previously expressed his intention to fight Canelo, even if it meant he had to move down to super middleweight. But with September 18 just six weeks away, it wasn’t possible for Bivol to cut to 168 pounds.

And so a catchweight between 168 to 175 pounds was being discussed between the parties but the real catch was that Bivol’s belt would still have to be on the line in the bout. Still Bivol began training for what he called the fight of his life. Three weeks into training however, no agreement was still reached and now Canelo’s camp says they no longer have time to complete negotiations.

It remains to be seen now if the Canelo camp will continue to negotiate with Bivol’s camp Bivol has always said that he can cut down to 168 if given enough time. He has that opportunity now. But maybe perhaps Canelo will revisit talks with Plant. Or maybe they are eyeing someone else. 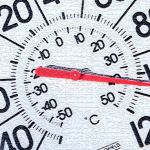 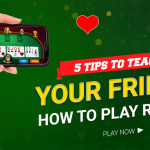