With the current NBA season down to just three teams, the focus of betting attention is now on who will win the championship and who will be named as Finals MVP.

Kevin Durant was the betting favorite to win the Finals MVP award but after the Nets were eliminated by the Milwaukee Bucks, the title transferred to Milwaukee’s Giannis Antetokounmpo. However, with the two-time NBA regular season MVP winner out with a knee injury, there have been changes in the Finals MVP odds board.

A knee injury to a two-time NBA MVP changed the favorite to win the NBA Finals.

Prior to Game 4 of the 2021 Eastern Conference Finals, Antetokounmpo was the favorite to win this year’s Finals MVP at the best NBA betting sites. He had been such since he and the Bucks sent Kevin Durant and the Nets packing.

However, the Greek Freak suffered an injury when he hyperextended his knee in that game and missed Game 5. His status for the rest of the Conference Finals and the NBA Finals, if at all, remains uncertain.

Without assurance that Antetokounmpo will return to the Finals or be 100% for that matter, the odds have shifted to the rising Phoenix Suns. With the Suns booking their first trip to the NBA Finals since 1993 in impressive fashion, their top two players are also the top two names in the latest Finals MVP oddsboard.

According to online sportsbook BetOnline, Suns point guard Chris Paul is the new +150 betting favorite to win Finals MVP honors while Phoenix sharpshooter Devin Booker is right behind his teammate at +200.

Antetokounmpo, who is rumored to be attempting a Game 7 return if the Hawks win Game 6 on Sunday, has dropped to third at +350. Meanwhile, Milwaukee’s “other” All-Star Khris Middleton is fourth at +650.

After 16 seasons, Chris Paul is set to play in his first-ever Finals 🔥

The spotlight on the 2021 NBA Finals will be on Chris Paul who is making his first-ever appearance in the NBA Finals in 16 NBA seasons. Drafted 4th overall in 2005, Paul was close to making the Finals in 2018 when his Houston Rockets held a 3-2 lead over the Golden State Warriors in the Conference Finals. But after he suffered a hamstring injury, Golden State went on to win the last two games of that series to eliminate the Rockets.

It looked downhill from there for CP3. He was traded to the OKC Thunder last season but instead of playing out his remaining years on a rebuilding team, he led the Thunder to the playoffs.

The Suns traded for Paul during the offseason and his experience quickly turned the young Phoenix team into serious contenders. After finishing the regular season with the second-best record in the NBA, the Suns eliminated the defending champions Lakers in round one, swept the Denver Nuggets in the second round, and outlasted the Clippers in the Conference Finals.

But Paul has been more than just a leader for the Suns in the 2021 playoffs. He’s had several big games including a 37-point effort in the close out game against the Nuggets, and a 41-point explosion in Game 6 of the Western Conference Finals where they eliminated the Clippers.

Given his current form and being the player with the most motive to win the championship this season, there’s no question why CP3 is the odds on favorite to win Finals MVP honors. 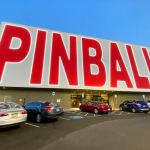 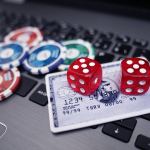