If you go back over a decade, the number of mares in racing was a great problem and since that, the horse racing authorities in the UK & Ireland have worked on a number of things to fix that. It has certainly worked, and we have three mares only contests at the Cheltenham Festival to give them something to aim at.

However, the best two mares heading to the festival will not be going to any of those races. Instead, we have a clash of the mares in the Champion Hurdle, with 2020 winner Epatante going up against Irish mare Honeysuckle.

Mares currently receive a 7lb allowance against the boys, and both receive that in the big contest. Epatante used that to her advantage last year, though she would more than likely have won the race even without it. But who will take top honours this time around?

One of the Biggest Clashes of the Festival

There is no doubt that the feature race on day one of the meeting will be one of the most anticipated of the four days. It is always a race that attracts interest and bets, with people using best betting sign up offers early in the meeting to get their rewards for that day and the following three.

Many of those bets placed will go on these two mares, and the likelihood is that one of them will come out on top.

Epatante won the race last year, and from the moment she did until right now, she has been favourite to win again in 2021. This season we have seen her twice, she was electric at Newcastle, putting her name in the horse racing news on return but then disappointed at Kempton when she was beaten in December.

Given time to get over that, the hope is that she comes here fresh and capable of doing herself justice. She can be a little edgy at the start of a race, so having no crowd on course will certainly help her.

Then we have Honeysuckle, who has looked better than ever this season and is thoroughly deserving of the chance to compete in this race. She won the mares champion hurdle at the festival in 2020, which is a race over 2m4f.

This season she came back over 2m4f but then dropped to 2m and that was probably her most impressive performance yet. She has the speed to match good horses over the minimum trip, and the stamina to run over further, which makes her the ideal horse for the test we see at Cheltenham. If you only just stay the trip at Cheltenham, you are more than likely in trouble. Who wins this race remains to be seen, and much will depend on how the two mares handle the occasion on the day. Both are excellent animals though, and would more than likely still be the two clear favourites even if the 7lb mares allowance wasn’t in place, showing just how talented they are.

Clash of the Mares Set for Champion Hurdle originally appeared on Betroll.co.uk 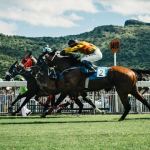 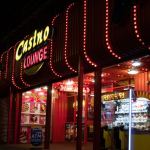